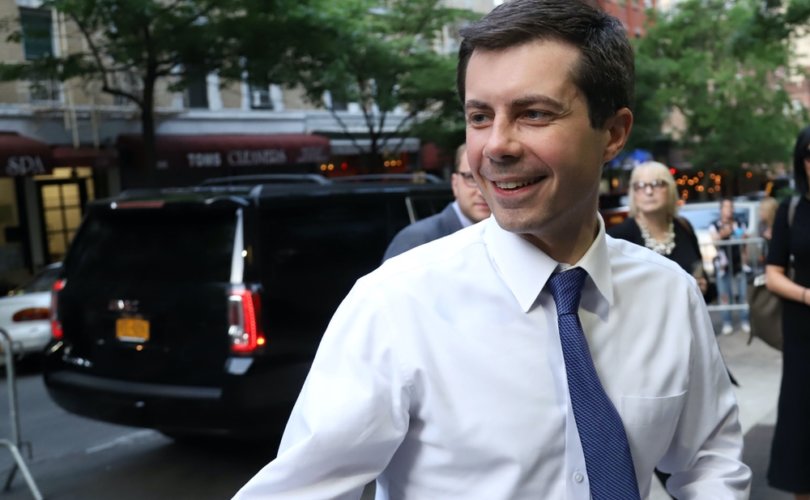 NEW YORK, February 11, 2020 (LifeSiteNews) ― A pro-life Democrat has quit the party over its pro-abortion extremism.

Charles Camosy, an associate professor of Theology at Fordham University, has also resigned from the board of Democrats for Life.

Camosy, who specializes in biomedical ethics, explained his reasons for his decision in an op ed he wrote for Thursday’s New York Post: the Democrats’ complete disregard for the unborn child.

“… When it comes to abortion, elite Democrats turn into hard-core libertarians, believing the state has no business getting involved in the private choices of individuals,” the professor wrote.

“Abortion is merely ‘health care,’ and the unborn child, unimaginably vulnerable even when wanted, is made invisible and violently discarded,” he continued.

“On this topic, at least, the party has dug in on the side of what Pope Francis calls the ‘throwaway culture’ — the troubling modern tendency to discard people seen as inconvenient. The Democratic elite even rejects conscience protections for medical practitioners who object to abortion. Opposition to taxpayer-funded abortions, once acceptable, has become taboo.”

But it was same-sex married Pete Buttigieg’s attitude to late-term abortion, aired last week on The View, that convinced Camosy that pro-life Democrats are “fighting a losing battle” in convincing their party to respect their position. Buttigieg had indicated that he didn’t think the government should have any say regarding late-term abortion or post-birth infanticide.

“The straw that broke this camel’s back was Pete Buttigieg’s extremism,” Camosy wrote.

“Here was a mainstream Democratic candidate suggesting, at one point, that abortion is OK up to the point the baby draws her first breath.”

He concluded that if the party was “willing to go all-in on the most volatile issue of our time with a position held by only 13 percent of the population, it was time to take no for an answer.”

Camosy also predicted that, thanks to its pro-abortion “extremism,” the Democratic Party will lose the next election.

“My broader values mean I can’t vote Republican, however, and this makes me one of many millions of Americans for whom our political duopoly doesn’t work,” he wrote.

“ (…) But millions of others who don’t share my broader values will reluctantly feel forced to check the box for a Republican in November. And Democrats will have no one to blame but their own extremism.”

To get his Democrat readers to understand why he feels so strongly about the issue, and why pro-abortion extremism will lose the party elections, Camosy asked them to participate in a thought experiment in which they suppose that “hundreds of thousands of children are being killed each year in horrific ways,” either because they have Down syndrome, or because their grandparents think their parents are too young, or because an abusive partner demands it.

“And then suppose a political party claimed this killing was a social good. Just another kind of health care. Something to shout about with pride,” the ethicist asked.

“This party, it should go without saying, would be unsupportable,” he concluded.

“Then keep in mind pro-lifers rightly see no moral distinction between a living human child at seven weeks’ gestation with a four-chambered heart pumping blood, a prenatal child at 20 weeks’ gestation who, we now know, can almost certainly feel pain, and older children who have already been born. Then do the math. The reasoning should be clear.”

Last Thursday, Pete Buttigieg appeared on the talk show The View, where the one Republican host, Meghan McCain, asked the pro-abortion politician if he would support the killing of viable children while they are being born.

“ … People, even Democrats – and there are a lot of pro-life Democrats in the country – want to know exactly where your line is, because you’ll be the president if you win,” McCain said.

“Right, but my point is that it shouldn’t be up to a government official to draw the line,” Buttigieg replied.

“It should be up to the woman who is confronted with the choice.”

The former Mayor of South Bend then waffled on the question of killing babies after they are born.

“So if a woman wanted to — I don’t know — invoke infanticide after a baby was born, you’d be comfortable with that?” McCain asked him.

“Does anybody seriously think that’s what these cases are about?” the Democrat replied.

He then claimed any “late-term situation” is “by definition” one in which “the woman was expecting to carry the pregnancy to term. Then she gets the most, perhaps, devastating news of her life.”

“I don’t know what to tell them, morally, about what they should do,” he said.

“I just know that I trust her and her decision, medically or morally, isn’t going to be any better because the government is commanding her to do it in a certain way.”