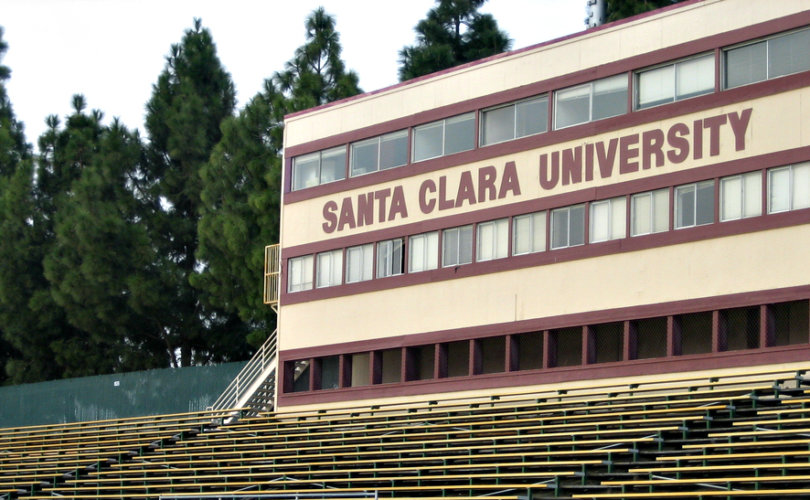 Updated at 8:56 p.m. EDT to include comments from Congressman Chris Smith.

WASHINGTON, D.C., June 22, 2016 (LifeSiteNews) – The Obama administration has ruled against two Catholic universities, upholding a rule issued by the state of California requiring all employers to cover elective abortions in their insurance plans – even if the employer has a religious objection to abortion.

“The Obama administration is once again making a mockery of the law, and this time in the most unimaginable way,” said Casey Mattox, senior counsel with the Alliance Defending Freedom, which filed the complaint along with the Life Legal Defense Foundation. “Churches should never be forced to cover elective abortion in their insurance plans, and for 10 years the Weldon Amendment has protected the right to have plans that do not include coverage for abortion-on-demand.”

“But the state of California has ordered every insurer, even those insuring churches, to cover elective abortions in blatant violation of the law,” he said.

Santa Clara University decided in February 2014 to drop insurance coverage for abortion beginning in 2015. Board of Trustees Chairman Robert Finocchio Jr. said at the time that the decision “flows from the university's identity and mission as a Jesuit, Catholic university.”

SCU President Fr. Michael E. Engh, S.J., wrote to faculty and staff that “our core commitments as a Catholic university are incompatible with the inclusion of elective abortion coverage in the university's health plans.”

But in August 2014 the state government, under Democrat Governor Jerry Brown, required that all state insurers cover both “elective” or “voluntary” abortions alongside “therapeutic” terminations. The order applied to both Jesuit schools.

“Abortion is a basic health care service,” Michelle Rouillard, the director of the state's managed care department, wrote in a letter to the schools’ insurers at the time.

“All health plans must treat maternity services and legal abortion neutrally,” not favoring birth over abortion, the letter read.

With the ADF's assistance, the universities objected that the state's action violated the federal Weldon Amendment, a 2004 law that prevents the government from discriminating against health care providers that refuse to perform or participate in abortions.

However, officials in the Department of Health and Human Services (HHS) ruled on Tuesday that the amendment protects only insurers and physicians, not those who pay the insurance premiums. Nor does it apply if the insurance companies are willing to provide coverage for all abortions without any religious objection, they maintained.

Jocelyn Samuels, who leads the Obama administration's Office for Civil Rights inside HHS, wrote that the rule was inapplicable, because the insurance companies “have no religious or moral objection to that procedure.”

She noted that Anthem Blue Cross asked for, and received, an accommodation to provide insurance plans that cover only “therapeutic” abortions.

The universities' attorneys vowed to fight on, appealing to Congress to take action if necessary.

“The administration’s refusal to enforce this law continues its pattern of enforcing laws it wants to enforce, refusing to enforce others, and inventing new interpretations of others out of whole cloth,” Mattox said.

“Today in a meeting with Health and Human Services (HHS) Secretary Sylvia Burwell and Director of the Office of Civil Rights (OCR) Joceyln Samuels, I and my pro-life colleagues expressed our strong disagreement with the Administration’s outrageous misinterpretation of the Weldon Amendment,” said Rep. Chris Smith, Co-Chair of the Bipartisan Pro-Life Caucus.

“In a more than hour long discussion, HHS doubled down on its decision to unilaterally rewrite the law – the Weldon Amendment – to allow California to continue to discriminate against pro-life plans. California has been violating the Weldon Amendment for nearly two years with impunity – forcing churches that purchase health plans to cover abortion,” said Congressman Smith, R-NJ. “It is outright discrimination to force a health plan to cease to exist because it doesn’t include abortion.”

Catholic university to drop insurance coverage for abortion in 2015

California reverses: Catholic colleges must now pay for all abortions