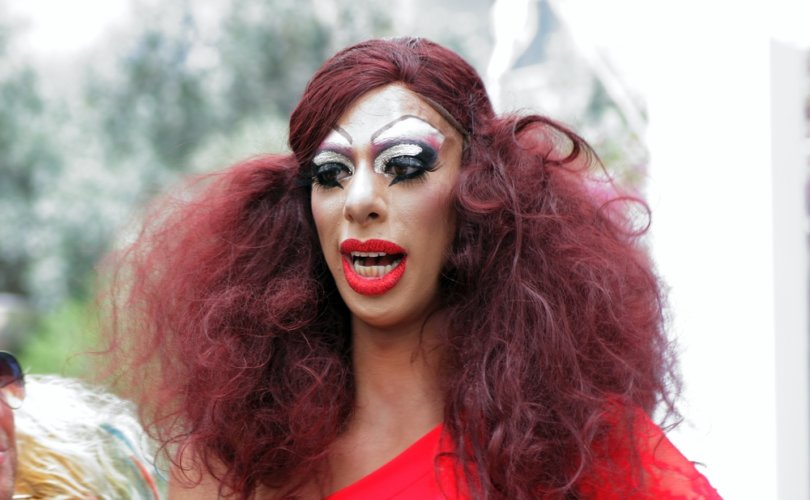 DENVER, Colorado, November 29, 2018 (LifeSiteNews) – Leaders at a Colorado Catholic university pushed back after their local bishop called out their move to host an on-campus drag show and other efforts to promote gender ideology.

Guidance in an October 26 email from Houser in conjunction with the university’s Queer Resource Alliance encouraged faculty to attend a student drag show, avoid using gender-specific pronouns and phrases reinforcing the gender binary, urged assigning texts from “queer, and especially transgender, authors,” and warned teachers not to take attendance using the official roster, since this might involve accidentally using a student’s “dead name.”

Regis University never discussed any of the initiatives with Aquila or his staff, the archbishop told the Regis community and other lay faithful in a November 13 open letter via the archdiocesan website, and “this guidance is not in conformity with the Catholic faith, despite the attempts made to justify it as rooted in Jesuit values.”

“On the contrary,” Aquila said, “Pope Francis has repeatedly decried the promotion of gender fluidity as a type of ideological colonization.”

“Why is Regis University promoting and teaching an ideology that is contrary to what we know from the Scriptures?” he asked.

Houser responded in a November 16 email to faculty, saying, “I do not intend to change my position of support for our faculty and students.”

Her comeback and that of Regis University President Jesuit Father John Fitzgibbons to Archbishop Aquila’s letter was covered in a Catholic News Agency report.

Fitzgibbons answered Aquila with Pope Francis in a letter, using Francis’s Church as field hospital reference and the pope’s accompaniment and mercy adages to defend the gender guidance.

Fitzgibbons insisted Regis maintains balance between supporting LGBT-identifying students and doing so critically, and said that while the student-performed drag show might seem out of place, it opened an allegedly safe and merciful space for homosexual and gender-confused students.

“I do not say that we embody our Jesuit, Catholic values perfectly,” Fitzgibbons wrote Aquila, “without error or room for improvement,” adding the university is committed as a Catholic institution to “embodying the full range of the Church’s teachings and to meeting our students where they are, to accompanying them lovingly and mercifully in their growth as whole persons.”

“Our fidelity is not to ideologies, it is to persons and to the Gospel of Jesus Christ,” he claimed.

The archdiocese’s director of public relations, Mark Haas, told LifeSiteNews that since Aquila wrote the letter, the archdiocese has received messages from Regis faculty, students, alumni, and parents thanking the archbishop for addressing this issue.

“The Archdiocese of Denver is working to schedule a meeting between Archbishop Aquila and Father Fitzgibbons in December and we are confident it will happen,” Haas said.

The archdiocese is hopeful the meeting will be productive, said Haas, and in the meantime, Archbishop Aquila’s letter represents the archdiocese’s position on the issue.

“As noted in the letter,” Haas added, “the purpose was to communicate to the broader community that the guidance being given by the university was not approved by the archbishop and to make it clear that such guidance is not in conformity with Catholic beliefs.”

He continued, “As Archbishop Aquila writes: ‘Jesus teaches us in the Gospels both the importance of listening and speaking the truth with charity…Truth and charity are inseparable, and one cannot claim to be acting charitably while disregarding or leading others away from the truth.’”

Boyle, the director of Homeboy Industries, which focuses on gang member intervention and rehabilitation, has denounced Church teaching on same-sex “marriage” and women’s ordination, and also mocked Church teaching on reception of the Eucharist for individuals married outside the Church.

Regis was one of seven Catholic colleges found in 2015 to display links to Planned Parenthood. In Regis’s case, the university’s Master of Arts in Marriage and Family Therapy had suggested that students volunteer with organizations like the nation’s largest abortion provider.