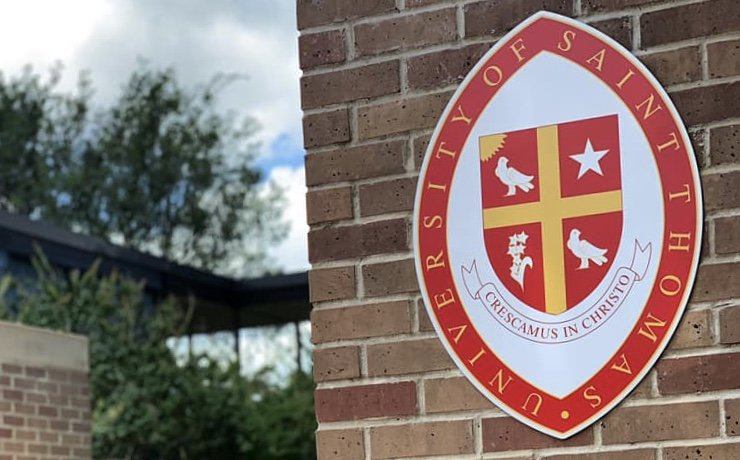 At its April 30 meeting, the SGA allocated $1,500 after receiving a request from the DIO. The allocation came with a stipulation that the Catholic identity committee and campus ministry be involved in all planned LGBTQ events on campus that receive SGA funding, which is derived from student activity fees.

The newly formed DIO is a student organization that is part of a restructuring led by Assistant Dean of Students Amanda Villanueva and passed by a student plebiscite. Because it does not have its own president, the DIO reports to the student body president. Apart from the DIO, the university has no official diversity and inclusion office, as do other Catholic campuses.

Requests for funding DIO were submitted to SGA. Funding for the LGBTQ events, according to the student newspaper Celt Independent, was requested by DIO vice president Samaria Herbert.

The SGA told Herbert at an April 16 meeting that she should request funding from the university’s treasury board for the planned events. SGA parliamentarian Joseph Nemec expressed concern over the types of LGBTQ events that Herbert was contemplating, stating that he hoped that they would be “tasteful.”

According to the report, Nemec said student senators hesitated because LGBTQ events “went wrong” on other Catholic campuses, even with campus ministry guidance.

Herbert then submitted an appeal for tabling the request, claiming discrimination while arguing that LGBTQ events should be funded as are various student ethnic groups. Ultimately, SGA approved a budget totaling more than $45,000 out of the $82,000 requested in 2019-2020 for the DIO and various other student activities, such as the still to be determined LGBTQ activities, Earth Week and a formal dance party.

According to the student newspaper account, the university’s in-house attorney, Gita Bolt, counseled the SGA in an April 23 closed-door meeting about the “legal implications” arising from requiring details in order to decide about funding future LGBTQ events.

In a May 15 Facebook post, Nemec provided clarification about the events that led to the allocation of funds to the LGBTQ activities. He wrote that “no clear plans” have been set for campus LGBTQ events. Student senators, he wrote, voiced concerns that events about that are “not conducted very carefully could present ideas which are contrary to the teachings of the Church as true.”

Several student senators expressed skepticism that the office of campus ministry cannot “be trusted to guarantee the orthodoxy of such an event.”

Nemec wrote that on the basis of Ex Corde Ecclesiae, the Apostolic Constitution governing Catholic universities, “the Senate decided not allocate DIO the full amount of money requested, subtracting the cost of the event from their overall allocated amount.” While “LGBT outreach was not necessarily something that could not be approved,” he wrote, student senators wanted assurance that the university’s “Catholic identity would be upheld.”

Subsequently, Nemec noted that “university administrators requested, seemingly as an intimidation tactic,” that Bolt address the student senate at the April 23 meeting. He wrote that Bolt “more or the less implied” that failing to fund the LGBTQ request amounted to “discrimination” and that it may be “illegal.” Nemec wrote that the student senators understood that they were being “pressured to comply.”

“The idea behind it was that the event could go on but the Catholic Identity chair of the senate would be in the preparation to help ensure compliance of the event with the teachings of the Catholic Church,” Nemec wrote.

Founded in 1947 under the Basilian order of priests, the University of St. Thomas is among the Catholic institutions recommended by the Cardinal Newman Society in its guide to Catholic education. The university is located in the Montrose area of Houston, which is known among some as the ‘gayborhood’ of the Texas metropolis.