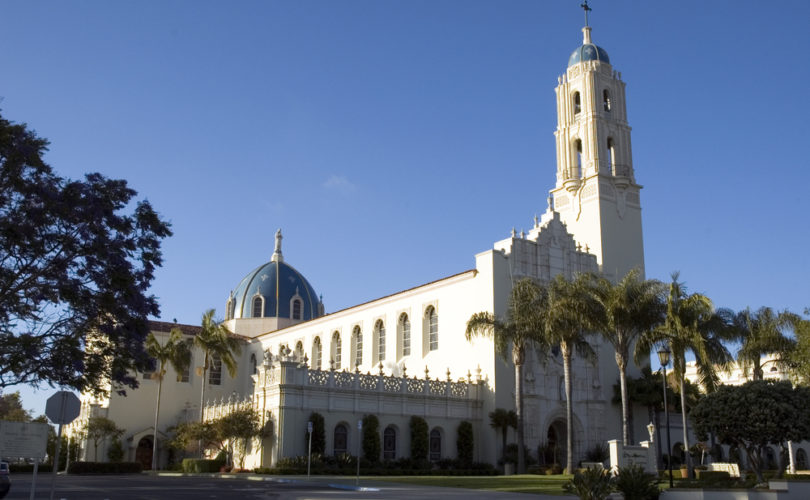 Attorney Charles LiMandri, who founded Alumni for a Catholic USD and helped file a petition to the Vatican against the University’s annual cross-dressing event, spoke with The Cardinal Newman Society to discuss why USD is continuing to ignore the Vatican and even the recent words of Pope Francis.

Last year, the Vatican’s Congregation for Catholic Education responded to the petition submitted by LiMandri and Thomas McKenna, founder and president of Catholic Action for Faith and Family. The Congregation’s letter deemed the drag show a “scandal” and declared its intentions “to act through administrative channels to the competent ecclesiastical authority in San Diego.”

But despite the Vatican’s response, the University held its fourth edition of the event on April 16, Bishop Robert McElroy’s first full day as the bishop of San Diego. The show was titled “Celebration of Gender Expression: Supreme Drag Superstar IV.”

“We have the opportunity and a clean slate with a new bishop and a new president,” LiMandri said. “I am hoping and praying that this is the last drag show at USD.”

“I feel very sorry for the students who are there [at USD] now,” he added, “because they are not only being deprived of the experience of an authentic Catholic education, but they are being given something directly opposite it under the guise of a Catholic education. And that’s very tragic.”

In 2013, USD defended the drag show, stating that “the event supports the Church’s teaching on the innate dignity of the human person, and by illustrating cross-dressing, it does not promote either behavior or lifestyle that is contrary to the teachings of the Church.” The response from the Vatican seems to clearly debunk USD’s position that drag shows do not promote inappropriate behavior or lead to scandal.

Whether under the guise of diversity or not, there is no excuse for a Catholic college to ignore the Vatican, LiMandri explained:

People that supposedly share our beliefs are grossly misrepresenting them and are getting a free pass. Even after they’ve been told by the highest authority [in the Catholic Church] that what they’re doing is scandalous—which in Church parlance has specific meaning—that you are leading people away from the faith, it is causing a potential loss of faith. The people who are in a position to represent the faith are giving a bad example. In this case it is not just a bad example, but it is a fraudulent message. They’re misrepresenting what the Church teaches, and you can’t get away with that under the guise of diversity.

Even Pope Francis “is using very strong terms to say this can’t go on anymore. It’s too destructive to the faith,” LiMandri continued.

Pope Francis addressed gender theory in his Wednesday audience this week, the day before the USD drag show:

… Modern and contemporary culture has opened new areas, new freedoms and new depths for the enrichment of the understanding of this difference. However, it has also introduced many doubts and much skepticism. For instance, I wonder, for example, if the so-called gender theory is not also an expression of a frustration and of a resignation, which aims to cancel the sexual difference because it no longer knows how to address it. Yes, we risk taking a step backward. The removal of the difference, in fact, is the problem, not the solution. To resolve their problems of relation, man and woman must instead talk more to one another, listen more to one another, know one another more, love one another more.

Catholic colleges are “built to be repositories of the truth of the Catholic faith and a light to the world,” LiMandri noted. And instead, in the case of drag shows, “they are attacking the very essence of God’s plan for humanity.”

The well-being of the students remains the primary concern. “The people running it are just pushing their own agenda. And they’re pushing it on impressionable students, and the students are largely buying it hook, line, and sinker, thinking that they are being progressive and diverse. It’s tragic,” LiMandri said. “I’m afraid of what it’s doing to people’s eternal souls if they’re so misguided about these issues.”

LiMandri hopes that USD might be a better example to these colleges.

“My goal and desire in a very personal way is to see USD come back into the fold like the prodigal son,” he said. “I love USD. I want to see USD be the best that she can be, that’s what is motivating me. I want to see USD get back on track, in line with the vision of its founders and what they profess in their mission statement.”

“These are good students who are being deprived of a good Catholic education,” he added. “When we get the word out and Catholics rally, good things can and do result.”