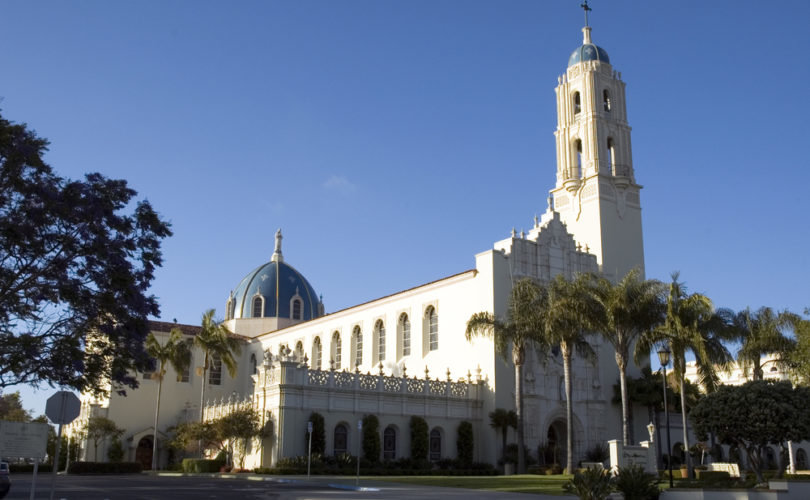 (The College Fix) – The University of San Diego (USD) is a Catholic higher education institution. But its health plan for the 2021-2022 school year covers a number of medical procedures and drugs that are directly opposed to the moral teaching of the Catholic Church.

The university said that it is required to cover the services, including abortion, sex-change surgeries, voluntary sterilization and abortifacient birth control due to state and federal law.

A spokesperson would not explain which laws require it.

“USD’s employee and student benefit plans are required to align with state and federal regulations,” spokesperson Lissette Martinez told The College Fix via email on August 6. “The services mentioned are typically those that are required to be covered, and individuals are encouraged to consult with their medical provider regarding the best course of treatment for any medical concern.”

“Aside from the government mandates as it relates to our insurance benefits,” Martinez said, “USD has a long-standing position as a Catholic university of not promoting such services as they are inconsistent with the university’s Catholic identity and our values.”

She did not respond to a follow-up email on August 6 that asked for clarification on what state and federal regulations mandate the coverage of those services.

The Catholic Church has long taught that neither male or female Catholics can deliberately limit their fertility through artificial means, such as sterilization or hormonal birth control. It has also always opposed abortion and taught that someone cannot change his or her sex.

Pope Paul VI issued the 1968 papal encyclical Humanae Vitae in response to growing advocacy for birth control amongst Catholic bishops and priests. In it, the Pope declared abortion, contraception, and sterilization as immoral as they all go against God’s design for sex.

The document said “the direct interruption of the generative process already begun and, above all, all direct abortion, even for therapeutic reasons, are to be absolutely excluded as lawful means of regulating the number of children.”

“Equally to be condemned, as the magisterium of the Church has affirmed on many occasions, is direct sterilization, whether of the man or of the woman, whether permanent or temporary,” Humanae Vitae also said.

The Catechism of the Catholic Church said that “directly intended amputations, mutilations, and sterilizations performed on innocent persons are against the moral law.”

While the university said that it has to cover abortion and birth control and other services, its own theology and religious studies chair is glad that students can get abortions paid for by the health insurance plan.

“If the Church’s teaching is not in itself persuasive to patients, coercive tactics that restrict people’s healthcare decisions will not help,” Professor Emily Reimer-Barry told The College Fix, when asked if the university should not cover medical services deemed a serious sin by the Catholic Church. “More attention should be given to genuine assistance, compassion for people in difficult circumstances, and efforts to listen to their needs and experiences without judgment, blame, or shame.”

“Taking away health care from people facing traumatic medical decisions is not the way forward,” the theology professor said, after elaborating on other issues she sees as “pro-life,” including “white supremacy” and “the gender pay gap.”

“Dr. Reimer-Barry is currently working on a grant-funded Wabash cohort project on anti-racist pedagogies as well as a book project focusing on reproductive justice and Catholic ethics,” according to her faculty bio.

The College Fix also asked the Diocese of San Diego, the Catholic region that includes the university, if it could comment on the insurance plan and if it planned to investigate the matter.

“I’m unaware of what student health insurance covers or doesn’t cover; given that, there’s really nothing informed I could say that would give you responsible input,” spokesperson Kevin Eckery said on August 4.

The original media inquiry included a link to the health insurance plan. The Fix sent the link again but has yet to hear back as of August 12.

Reprinted with permission from The College Fix