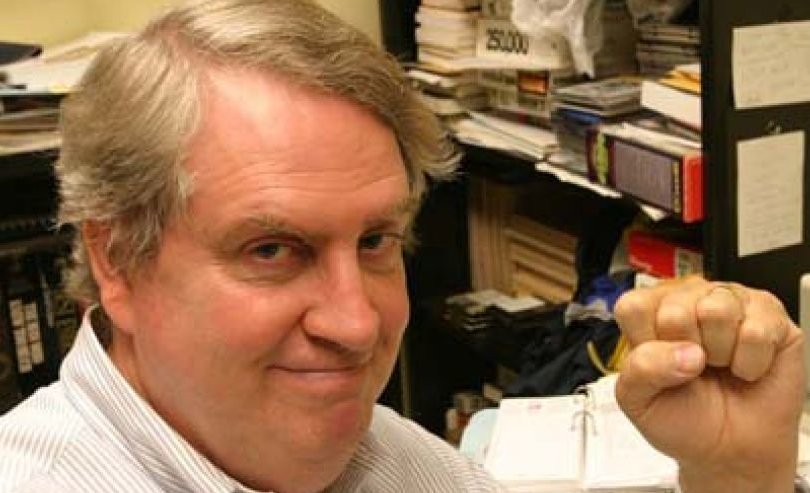 MILWAUKEE, Wisconsin, May 5, 2017 (LifeSiteNews) — A professor ousted by Jesuit-run Marquette University for supporting free speech and academic freedom has promised to appeal a court decision that backed the firing.

Dr. John McAdams was suspended in 2014 and fired the next year when he refused to apologize for using his blog to expose a graduate student/instructor who wouldn’t allow criticism of same-sex “marriage” in her class. McAdams sued on the grounds the disciplinary process was biased. This week, Judge David Hansher ruled in favor of Marquette.

“This is another example of the increasing unwillingness of colleges to stand up for free speech,” commented Dr. McAdams. “Hardly a day passes without an example of a speaker being shouted down, or disinvited, or a student being punished for some innocuous (but politically incorrect) comment on social media.”

According to the Wisconsin Institute for Law and Liberty, which supported Dr. McAdams, he plans to appeal.

A tenured political science professor whose blog posts, the judge pointed out, had run afoul of the university six previous times without disciplinary action, McAdams evidently went too far this time. He not only called out philosophy student and instructor Cheryl Abbate for shutting down classroom discussion on same-sex “marriage,” but named her and provided contact information.

As a result, noted the judge, she received “abusive, vicious, and hateful communications” that “caused her to fear for her safety, suffer negative mental and physical effects,” quit her courses, move to another university, and put off writing her Ph.D dissertation by several years.

Abbate attracted Dr. McAdams’ attention when she raised the issue of same-sex “marriage” in class to make a philosophical point, but then refused to discuss it because “everyone” supported it.

However, a politically conservative student objected after class. “Indeed,” reported Dr. McAdams, “he told Abbate that if she dismisses an entire argument because of her personal views, that sets a terrible precedent for the class.”

“The student said that it was his right as an American citizen to make arguments against gay 'marriage.' Abbate replied that ‘you don't have a right in this class to make homophobic comments.’”

McAdams blogged critically, Abbate complained to the Faculty Council about the blog and subsequent hateful emails, the Faculty Council started an investigation and put together a review board. It found McAdams had acted wrongly and dangerously by publishing Abbate’s contact information and recommended suspension. But the university president demanded an apology too. He fired Dr. McAdams when he refused.

Dr. McAdams argued in court the disciplinary process was skewed from start to finish. He said the investigator of Abbate’s complaint was a close friend, one member of the panel pronounced him guilty of professional misconduct before the process began, and all of the evidence was not shared with him beforehand — a standard procedure in civil law.

The judge supported Marquette’s disciplinary procedure on every count using the same reasoning each time: McAdams had implicitly agreed in advance to these procedures by signing his employment contract with the university. None of the things he complained about were prohibited by the contract, but Dansher put considerable weight on the hostile communications made to Abbate.

“No college professor in Wisconsin has any real protection if that’s the standard,” argued Rick Esenberg, president and general counsel of WILL, in a statement released yesterday. “If a professor can be held responsible for the actions of every person who reads or even hears about what the professor writes, then they have no protections at all. By that standard, every professor who was publicly critical of McAdams should be fired too.”

Esenberg added, “We will take this case as far as it needs to be taken to vindicate McAdams’ – and all professors’ – rights to freedom of speech and academic freedom.”

Prof defiant as Marquette moves to fire him

Negative reaction to Catholic faith at Marquette is no surprise