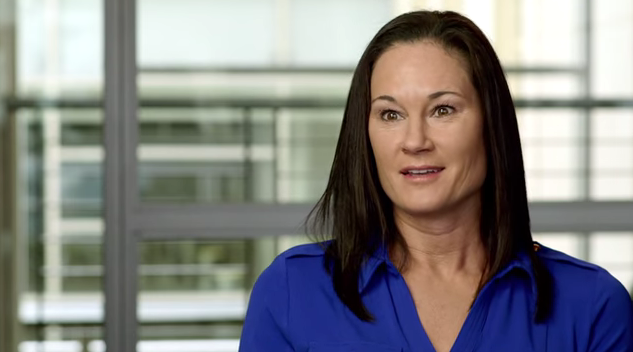 USF womens basketball coach, Jennifer Azzi recently announced she was in a same-sex marriage with her top assistant, Blair Hardiek.

April 19, 2016 (Cardinal Newman Society) — The head women’s basketball coach at the University of San Francisco (USF) recently announced her same-sex marriage to an assistant coach, and suggested that any student-athletes who have “an issue” with her sexuality and relationship are not welcome on the team.

On March 31, USF coach Jennifer Azzi publicly announced that she was in a same-sex marriage with her top assistant, Blair Hardiek, during an Anti-Defamation League awards ceremony. She was there introducing Golden State Warriors President and Chief Operating Officer Rick Welts. Welts became the first senior sports executive to openly acknowledge his same-sex attraction in 2011 while president and chief executive of the Phoenix Suns basketball team.

The Mercury News. reported some of Azzi's comments at the ceremony:

I, too, lived a long time not being 100 percent honest. Kind of the don’t-ask-don’t-tell kind of thing. And it’s so stupid. I don't know why we do that, but we do that. I’m a college coach. Is it going to hurt me with recruiting? What are people going to think? And you are constantly worrying about those things. What I realized in watching Rick in his path and his journey is that there is nothing more powerful than living the truth. And the best thing I can do for my team is be authentic and true to myself.

The Cardinal Newman Society contacted USF in early April about Azzi’s announcement. Officials were asked if the University intended to issue any statements reinforcing what the Church teaches regarding marriage, same-sex attraction and sexual activity. So far, no such statements have been posted on the University website, and it appears USF President Father Paul Fitzgerald, S.J., has backed away from his previous defense of marriage with comments supporting Azzi’s relationship. Officials were also asked to comment on any potential harm to the Catholic identity of USF with the continued employment of Azzi and Hardiek. No response was received.

But according to Azzi’s recent statements, it appears there will be a negative impact on the spiritual formation of USF students and their understanding of marriage and chastity. And there could be retaliation against student-athletes who believe in the Church’s moral teachings.

In an interview last week with the San Francisco Chronicle, Azzi made clear that her views on marriage and human sexuality will influence her position at USF.

Responding to a question from The Chronicle about her same-sex attraction and marriage hurting recruitment to the basketball team, Azzi said of anyone who “has an issue”: “I don’t want to coach them anyway.”

“I think the reason we’ve been successful is because we have a common value system, as simple as respect, love, belief and faith,” she continued.

Students who might have “an issue” with Azzi’s lifestyle could include faithful Catholics.

The Catechism of the Catholic Church teaches that same-sex attracted persons “must be accepted with respect, compassion, and sensitivity,” but they are also “called to chastity.” This call to chastity includes refraining from sexual activity. The same call to chastity applies to all persons — no matter their sexual attraction — who are not yet married. The Church teaches that marriage, properly understood, is the union of one man and one woman who are committed for life and open to the creation of new life. Sexual acts between persons of the same-sex are considered “intrinsically disordered” as they are “contrary to the natural law,” and “under no circumstances can they be approved.”

Further, Catholics are called to spread the faith, including teachings on marriage on chastity. Spreading the faith is an act of love meant to draw people away from sin and towards a deeper relationship with God. A Catholic university should be a place where students are free to share the faith without fear of reprisal.

After suggesting that she doesn’t want to coach faithful Catholics who might have “an issue” with her lifestyle, Azzi indicates that she would counsel students to reject Church teaching.

“We’re not telling anyone what they should do,” she said. “But if this [announcement] gives other people courage to be free and live truthfully, that’s great.”

She then told The Chronicle: “If someone came to me and asked what they should do, I would say that you need to be who you are. But you might have to unwind some of what you’ve been taught.”

The Newman Society asked University officials if they could respond to Azzi’s comments suggesting that she doesn’t want faithful Catholics on her team and that she would actively work to sow dissent against Church teaching, but no response was received by publication time.

Azzi told the press that she has already engaged students under her wing about her same-sex marriage with Hardiek. The Daily Mail reported, “They first told four players over lunch, and their response — and that of their teammates later — was ‘overwhelmingly supportive.’”

The Chronicle quoted one student saying, “Frankly, I don’t see how this can have a negative effect on our program. If someone loses interest in our program because they hear that two of our coaches are married to one another, they are clearly missing the point.”

What is the point? That Catholic teaching isn’t welcome at a Catholic university? USF officials should be concerned with the influence wielded by Azzi on students' beliefs regarding marriage and chastity. Victory over sin should have priority over victory on the basketball court.

If being “who you are,” as Azzi says, involves living a life that encourages sin and separates you from God, such a lifestyle should not be encouraged — especially by a Catholic university. Students seeking counsel on questions of human sexuality should be met with compassion and sensitivity, but also with the truth of the faith. A “value system” that describes leading young people into sin as “love” is inherently disordered.

Every faculty and staff member at a Catholic university has a role to play in fulfilling the religious mission of the institution, which is why hiring for mission is so important. Pope Francis specifically commented on the role athletic coaches play in the spiritual formation of young people in May 2015.

“(H)ow important it is that a coach be an example of integrity, of coherence, of good judgment, of impartiality, but also of joy of living, of patience, of capacity to esteem and of benevolence to all, especially the most disadvantaged!” Pope Francis stated in a letter to the president of the Pontifical Council for the Laity in recognition of an event on the topic of  “Coaches: Educators of People.”

“And how important it is that he be an example of faith!” the Holy Father added.

Pope Benedict XVI and Pope Saint John Paul II have also made statements about the role sports plays in fostering virtue as part of a Catholic education, among other pontiffs. In the 1945 address “Sport at the Service of the Spirit,” Pope Pius XII stated:

Sport, properly directed, develops character, makes a man courageous, a generous loser, and a gracious victor; it refines the sense, gives intellectual penetration, and steels the will to endurance. It is not merely a physical development then. Sport, rightly understood, is an occupation of the whole man, and while perfecting the body as an instrument of the mind, it also makes the mind itself a more refined instrument for the search and communication of truth and helps man to achieve that end to which all others must be subservient, the service and praise of his Creator.

The University says its athletic program has “a strong responsibility to the individual growth of all student-athletes and is invested in the intellectual, social, moral, spiritual and emotional development of every person who wears the Green & Gold.” But USF only talks about this responsibility in terms of encouraging community service projects. Service projects, while commendable, can’t make up for coaches willing to endanger the spiritual formation of students, and an atmosphere where it seems faithfulness to Church teaching is unwelcome and could be met with retaliation.