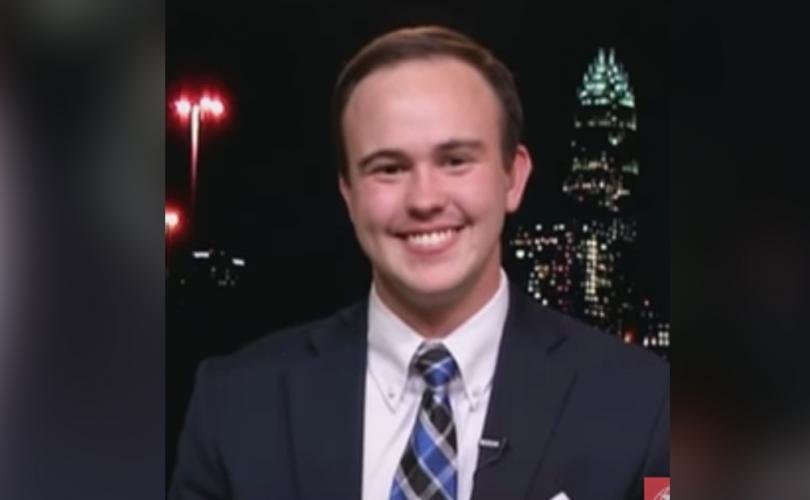 May 15, 2018 (LifeSiteNews) – On Pentecost – this coming Sunday – a group of Catholic youth expect to publish a summary of what was left out of the “pre-synod” document presented to Pope Francis in March.

They hope to distribute it to bishops going to the synod on youth in October to give them a clear picture of what Catholic youth actually want.

The official “pre-synod” document was supposedly written taking into account what young Catholics around the world expressed via official Facebook groups set up by the Vatican. Many Catholic adolescents and young adults in these groups – particularly the English-speaking one – called for more access to the Tridentine Mass, more reverent liturgies in general, and a greater defense of Church teaching on sexual morality, abortion, and marriage. They were therefore disappointed at the document’s weak treatment or disregard for those issues.

Twenty-year-old Connor McLaughlin is spearheading the effort to correct the pre-synodal document. He told LifeSiteNews that authentic friendship, mental health, and femininity and masculinity were “really, really left off the document.”

The document McLaughlin and others are working on will likely address “reverence in the liturgy,” he told LifeSiteNews, and “we’re talking about adding in some of the writings of Cardinal Ratzinger, specifically (from) his book The Spirit of the Liturgy.”

He said the purpose of the document is not to claim that either the Old Mass or the New Mass is better than the other but to address “What does it mean to have reverence?”

“What is the core thing that is preventing teens and young adults from having and seeing reverence in the liturgy?” he asked.

“This document does not speak for young Catholics,” Matthew Schmitz wrote at First Things shortly after its release. “It fails to represent either the Catholic faith or the young people who profess it.”

“It conjures and condemns a Church that is too institutional, too hierarchical, too focused on the sacred at the expense of the world,” he wrote. “This image of the Church is a holdover from the 1950s, when the men who now lead the Church were young rebels … This document is an obvious counterfeit, an old man’s idea of what the young must want. He thinks they want what he did.”

“The document is supposed to have been written by young Catholics for the benefit of bishops, but it eerily repeats what certain bishops have long been saying,” Schmitz pointed out.

“When I heard that the Vatican had launched an official Facebook group to support preparations for the Synod, I was full of hope,” Łukasz Kożuchowski, a 21-year-old student at the University of Warsaw, told LifeSiteNews. “I thought that it may genuinely help real voices of young people be heard during the Synod and that we may have real impact on its final conclusions.”

So he joined the Facebook group and became involved in its proceedings, answering all or nearly all questions the administrators posed. The “Synod2018” page posted these questions.

“I was very happy to find that many other people (far more than I have initially expected) shared my concerns,” Kożuchowski explained. “Many of us were asking for reverential liturgies (in both forms), wider popularization of the Extraordinary Form, solid Catholic teaching and being treated seriously, not in a childish manner.”

He noted that the participants also discussed a number of “non-traditional” issues, like mental health and the “disappointing attitudes of clergy towards society.”

But “unfortunately, when the first (draft) of the Pre-Synodal document was published, it turned out that it was full of well-known cliches and did not reflect what numerous people asked for,” said Kożuchowski. Participants complained, but to little avail.

“The final version of the (Pre-Synodal) document is not (much) better than” the draft, he said. “Many of our prominent voices (involving topics I have mentioned) were simply omitted. The final document is quite unreliable and is regarded by many of the group members as kind of unintentional betrayal.”

Commenting on the youth synod during a question and answer period after his April 21 lecture in Philadelphia, Cardinal Raymond Burke said there is a need to pray that it “doesn’t go in (an) erroneous direction.”

Burke himself isn’t part of the synod or planning it but said the “preliminary documents” made him “a bit concerned.”

“I’m concerned that … already there is a calling into question with regard to marriage and the priesthood, especially with regard to the question of priestly celibacy,” he told the faithful. “I think I would say to you to be alert to this and to pray very much that this is doesn’t go in (an) erroneous direction.”

The cardinal also pointed out that some of the youth who were asked to be at the pre-synodal meeting in Rome weren’t even Catholic, and some were atheists.

“Some of the young Catholics who participated” in this pre-synodal meeting “expressed a deep concern about a kind of a confusion that was reigning and how what the Catholic Church offers to youth was not permitted to be presented as it should have been,” noted Burke. “Let’s hope that their perception was wrong … I think it needs a lot of prayer.”

‘The Church needs to be presenting her truth as reality’

The pre-synodal document claimed that on homosexuality, cohabitation, abortion, and “how the priesthood is perceived,” many youth want the Church to “change her teaching or at least have access to a better explanation and more formation on these questions.”

“We need once again to put theology before anthropology, asking what our Lord wants before polling public opinion. Our encounter, our dialogue, is with Him,” Schmitz concluded in his First Things piece.

Schmitz’s words echo those of Pope Benedict XVI, who famously said, “the truth is not determined by a majority vote,” and Venerable Archbishop Fulton J. Sheen, who reminded Catholics, “Moral principles do not depend on a majority vote. Wrong is wrong, even if everybody is wrong. Right is right, even if nobody is right.”