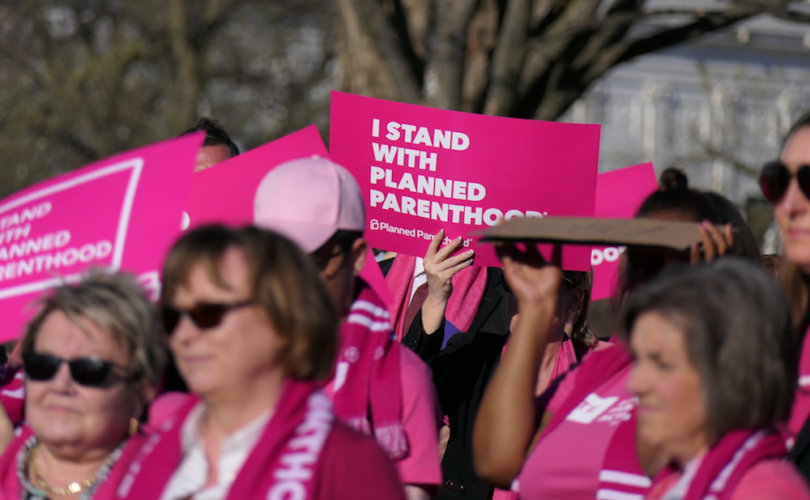 WASHINGTON, D.C., April 3, 2017 (LifeSiteNews) – A representative from the George Soros-funded dissident group Catholics for Choice (CFC) said she supports Planned Parenthood, America's largest abortion provider, because “our Catholic social justice tradition compels us to stand with the poor and the most vulnerable in our society.”

As Ratcliffe addressed the Planned Parenthood supporters, Students for Life of America President Kristan Hawkins shouted that one cannot be truly Catholic and pro-abortion. Hawkins' voice can be heard in the distance in the video below.

“Equality, fairness, treating others with compassion, the right to social justice for everyone: these are Catholic values,” continued Ratcliffe. “These are what Catholics for Choice stands for, these are what Planned Parenthood stands for, and as Catholics, we stand with Planned Parenthood not in spite of our Catholic tradition but because of it.”

Ratcliffe used euphemisms like “each woman’s choice” and “access to reproductive health” rather than name abortion directly. Her speech didn't mention God, any specific Catholic teachings, the Bible, or prayer.