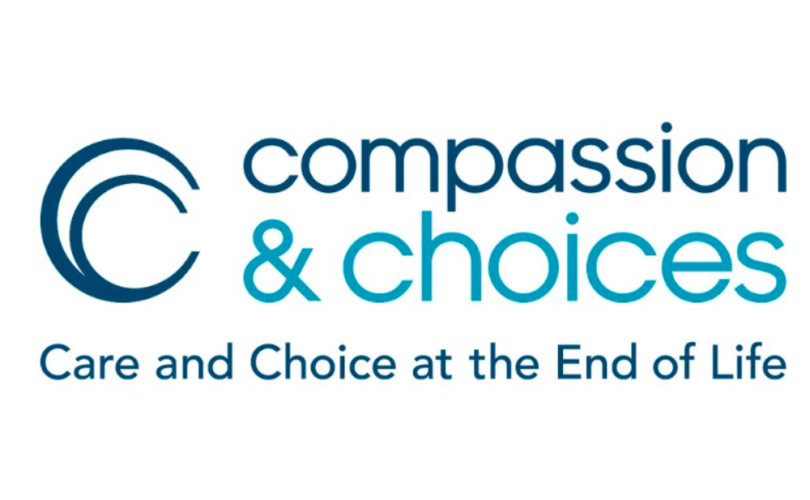 In a press release and virtual launch May 2, Compassion & Choices – “the oldest, largest, and most active nonprofit” working to promote “end of life care” or assisted suicide – announced the formation of “Catholics for Compassion.”

“Catholics for Compassion” (CfC) is described by the lobby group as being “a group of practicing Catholics committed to helping others to learn how their faith can help them make thoughtful decisions about the end-of-life care they want.” It “elevates the voice of faithful Catholics,” writes CfC, as the group looks set to be the euthanasia equivalent of the pro-abortion, non-Catholic group “Catholics for Choice.”

CfC’s purported aim is to act as “a resource for other practicing Catholics looking for guidance on how their faith intersects with planning an end-of-life experience aligned with their personal values and priorities.” Such a resource will also “advise” the parent lobby group Compassion & Choices on “education efforts and continuing dialogue about expanding end-of-life options for all.”

Among the resources offered is the commitment to promoting “Medical aid in dying,” which “allows a mentally capable adult with a prognosis of six months or less to live to request a prescription from their doctor for medication to self-ingest to bring about a peaceful death.”

The group proclaims paradoxically that this act of suicide is performed by people who are “already actively dying and want to live.”

While describing itself as manned by “faithful Catholics” and aimed at other Catholics, CfC rejects the Church’s official stance on euthanasia and assisted suicide. Proclaiming that “we acknowledge and respect the concerns of the Catholic Church and faithful Catholics regarding the practice of medical aid in dying,” the group adds:

“We believe, however, that faithful Catholics need to be fully informed and have all of the options available to them so that they can together with their families make decisions informed by their faith.”

In a direct contradiction of Catholic teaching on the matter, Catholics for Compassion stated, “We want others to know that faithful Catholics support all end of life options being available to all people in the final chapter of their life so that they and their families can decide what is best for them.”

The Catholic Church condemns direct euthanasia and assisted suicide as “morally unacceptable.” An act that intends to cause “death in order to eliminate suffering constitutes a murder gravely contrary to the dignity of the human person and to the respect due to the living God, his Creator,” the Catechism teaches. “The error of judgment into which one can fall in good faith does not change the nature of this murderous act, which must always be forbidden and excluded.”

Pope John Paul II echoed this in his 1995 encyclical Evangelium Vitae, when he decried the tendency “to value life only to the extent that it brings pleasure and well-being,” and to view suffering as “something from which one must be freed at all costs.”

However, despite its aversion to Catholic teaching on the subject of end-of-life, CfC has doubled down on its purported Catholic identity, noting that the launch date of May 2 was specially chosen since it was the feast of “Saint Antoninus, the patron saint of compassion, social ethics.”

Catholics for Compassion also argue for the primacy of conscience in end-of-life decisions, despite clear Church teaching prohibiting euthanasia, referring to St. Antoninus’ “call for each Catholic to realize the power of their own conscience in making difficult decisions and knowing that God is present in that journey.”

The group also drew from Pope Paul VI’s Vatican II document, Gaudium et Spes, in defending their argument for the primacy of conscience over Church teaching in defending assisted suicide.

Kim Callinan, president and CEO of Compassion & Choices, declared that “a person’s faith can play a vital role as they make decisions about the kind of death they want for themselves or their loved ones.”

“Catholics for Compassion, made up of caring and committed advocates, will serve as a great resource for practicing Catholics as they think about their end-of-life journey,” Callinan said.

Indeed, Catholics for Compassion advocate that individuals should not “limit” themselves to the teaching of their faith regarding the end-of-life. “The choice to seek medical aid in dying is a deeply personal one, and one’s personal faith should not limit another’s right to choose which end-of-life medical option is best for them and their families,” the group states.

“It’s okay to ask for end-of-life care options that fit our needs,” declared Maria Otero, a member of the group.

However, Evangelium Vitae states in contradiction to such arguments: “To concur with the intention of another person to commit suicide and to help in carrying it out through so-called ‘assisted suicide’ means to cooperate in, and at times to be the actual perpetrator of, an injustice which can never be excused, even if it is requested.”

Quoting from St. Augustine, the Pontiff wrote further, “it is never licit to kill another: even if he should wish it, indeed if he request it because, hanging between life and death, he begs for help in freeing the soul struggling against the bonds of the body and longing to be released; nor is it licit even when a sick person is no longer able to live.”