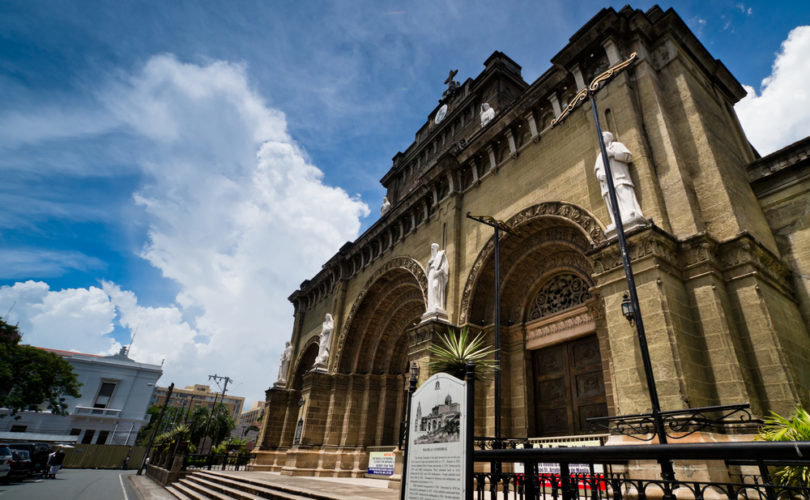 MANILA, Philippines, September 2, 2015 (LifeSiteNews) –The Philippines’ Catholic bishops conference has called on the faithful and especially political leaders to oppose same-sex unions in the wake of LGBT agitation sparked by the U.S. Supreme Court ruling legalizing same-sex “marriage” in the U.S.

“Catholics are called to resist all attempts to normalize homosexual behavior and homosexual unions in their culture,” declared the August 28 letter, titled “A Pastoral Response to the Acceptance of Homosexual Lifestyle and the Legalization of Homosexual Unions.”

The letter called on Catholic politicians especially “to oppose the legal recognition of homosexual unions in a particularly vigorous way.”

The bishops were careful to urge Catholics “to be charitable to every single homosexual person they know,” but especially those in their own family, thereby emphasizing the superiority of Christian love over the transitoriness of sexual affection. “In particular, families with members who struggle with homosexuality are called to love them unconditionally, thereby outlasting all their other, same-sex, loves.”

But as for same-sex “marriage” and homosexual relations, the bishops were clear: while “sexual attraction toward the same sex is not a sin,” they stated, “it is, in the light of our understanding of marriage, objectively disordered — in the sense that it is not ordered toward the union of male and female in a relationship of natural complementarity.”

The bishops urged homosexuals “to develop chaste friendships with both men and women. … Those who struggle with homosexuality are called to witness to the life-giving nature of virtue-based friendships not ordered to sexual acts.”

Politicians remain opposed. When a news agency surveyed 23 candidates for the Senate in 2013, all but one opposed legislation to legalize same-sex “marriage.”

A local newspaper covering the statement this week editorialized that “in the predominantly Catholic Philippines, however, same-sex marriage is unlikely to be legalized in the near future.”

It then quoted Herminio Coloma Jr., spokesman for President Benigno Aquino, saying the country's Family Code only recognizes marriage between a man and a woman. “Our laws are clear.”