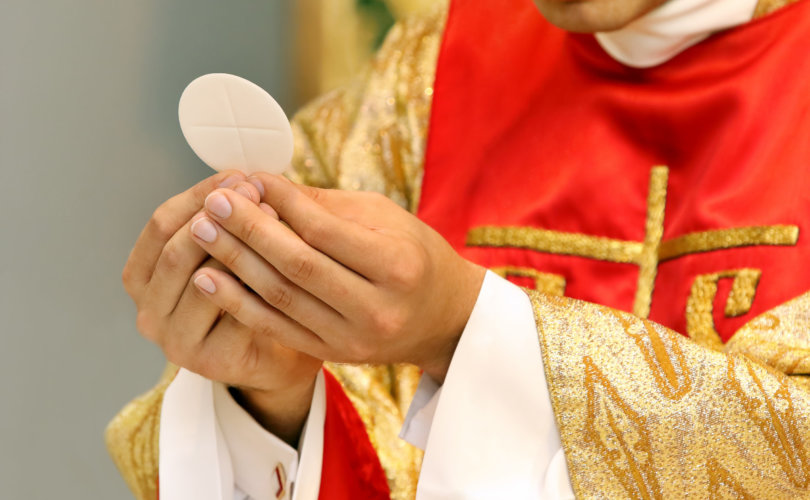 September 2, 2020 (LifeSiteNews) – After completing 900 Novena Masses in support of Trump on the feast day of The Assumption of Our Lady into Heaven, a Catholic group is calling for an additional 5,400 Masses for U.S. President Donald Trump’s spiritual support “during this time of unprecedented evil.”

“As of this writing over 1,000 Masses have been pledged. The Graces of the Mass will greatly assist and direct President Trump and our nation during this time of unprecedented evil, as you well know.”

Manougian told LifeSiteNews that he founded The Novena of Masses for President Donald Trump just before the 2016 presidential election.

The initial Novena consisted of 81 Novena Masses from a total of nine people who each donated nine Masses. With 2020 being an election year, Manougian told LifeSiteNews he wanted to do something “bigger.”

“With the 2020 election looming and with so much at stake for our faith, families and country I wanted to do something bigger than the original 81 Masses. Building on the support for this Novena, I got the idea to do a Nationwide Novena of 900 Masses for President Trump,” Manougian told LifeSiteNews.

The group is calling upon Catholics in the United States as well as those globally to visit their website, CatholicWorld.net, where one can register their Mass to be said for Trump.

Registrants are to provide their contact information, which includes where the Masses will be said, and are asked to answer a question as to how they learned about the Novena Masses for Trump campaign.

“As an influential Catholic voice in the United States, we need your support in promoting this Nationwide Novena,” Manougian wrote in his email.

“With your promotional support our goal of 5400 Masses for President Trump will be attainable.”

As of Tuesday, the page lists 1,039 Masses as pledged in support of Trump.

“By the grace of God, President Trump has defended the Rights of the Unborn, upheld Religious Liberty and is fighting the Tyranny of Socialism/Communism,” the page’s website says.

The CatholicWorld.net site lists in real-time the names and places of those who have registered Masses for Trump, and to date includes names from the United Kingdom, Australia, Africa, and India, in addition to hundreds from all over the United States.

The group lists two ways in which one can register a Mass to be said for Trump. The first choice, which the group says is the recommended route, is to have individuals have their Mass said at their local church and then register that Mass online. Another option is to donate a $20 Mass stipend to their GoFundMe page, where the money is used to have a Mass said for the president.

CORRECTION [October 29, 2020, 12:16 p.m. EDT]: A previous edition of this article said these Masses are intended for the president’s re-election when in fact they are intended for his spiritual support. LifeSite regrets the error.