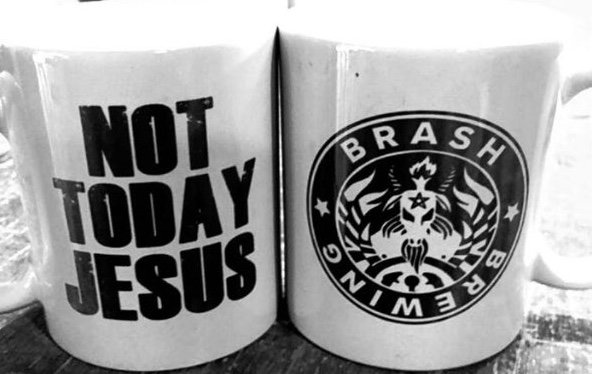 HOUSTON, November 22, 2019 (LifeSiteNews) — Catholics will rally outside a Texas brewery on Saturday to pray and denounce a “Black Mass” to be held there by a Satanic group.

Members of Tradition, Family and Property (TFP) and at least two Catholic parishes plan to participate in prayers of reparation at local churches as well as a rosary rally outside the Brash Brewery in Houston, where pro-abortion Satanists will conduct what is claimed to be the first public “Black Mass” in the region.

Rosary rally organizer Karen Pomes told LifeSiteNews that she has been harassed by callers who claim to be Satanists and others who have sent dozens of objectionable text messages. Undaunted, Pomes said in an interview that she and other Catholics will pray Saturday near the Brash Brewery to ask God’s forgiveness for the Satanic ritual. She said “prayer warriors” from Louisiana and as far as Wisconsin are coming to join local activists at the rosary rally. She said she expects priests from Houston to also attend.

Among prominent Catholics calling attention to the rally in opposition to the Black Mass was Dr. Taylor Marshall. On social media, he wrote: “This is what you are up against, Catholic Houston. Petty blasphemers.”

Elsewhere on social media, a Twitter account in the name of “Catholic Mom 18” pointed out that Annunciation Catholic parish in Houston will hold a Holy Hour of Reparation and rosary on Saturday from 11 a.m. through 1:00 a.m. Sunday to counter the Satanic ritual. Another Houston-area parish, Regina Caeli, will also offer prayers of reparation in front of the Blessed Sacrament during those same hours.

Tradition Family and Property (TFP), an international organization that promotes the Catholic faith, is organizing a prayer and protest to be held in front of Brash Brewery on Saturday afternoon. The group is also circulating a petition asking Brash Brewing Company to cancel this “direct attack against God.”  According to Church Militant, Elvia Leyva is organizing TFP’s Rosary rally.

“We are appalled and outraged to learn that such an affront to Our Lord is in the works in our city,” she said.

On Nov. 1, The Satanic Temple of Houston announced on social media its fundraiser for animals, which includes the celebration of a “Black Mass” at a craft beer brewery in Houston. The Facebook page for Brash Brewery, which will co-host the event, indicated that it was kicking off its early release of its “Black Masses” beer in conjunction with “TSTH's first public ritual” that mocks the Catholic liturgy. The Black Mass is scheduled for 11 p.m. Saturday.

According to the announcement, “The Black Mass will be the closing ceremony of TSTH's animal supply drive, where we will celebrate the beast within while collecting … supplies for the neglected creatures around us.” It goes on to invite the public for “good beer, great company, excellent blasphemy, and to learn about the support we bring to our communities.

The event is now sold out. Apart from general admission, there were 50 so-called “Cult” tickets to be had for $666 each, which entitled the purchaser admission to the “Black Mass” as well as a fitted black robe for the ritual, along with alcohol and lifetime benefits.

Performing what promoters are calling “an evening with the beast” will be members of Houston’s Satanic Temple engaging in the Black Mass, which will be the closing ceremony.

According to the TSTH website, it is an official chapter of the national organization, The Satanic Temple, which was founded in 2013. The group claims to “encourage benevolence and empathy among all people” while advocating “religious exemption and legal protection against laws that unscientifically restrict women’s reproductive autonomy … ” It claims to promote separation of church and state. It enjoys a tax exemption as a religious group and has chapters in more than a dozen states and Canada.

The group noted that it holds social events to “discuss Satanic philosophy, activism, and atheism.” The Satanic Temple has also advocated same-sex marriage. In 2016, it announced plans to introduce its “After School Satan” program for elementary-school children to counteract Christians involved in schools.