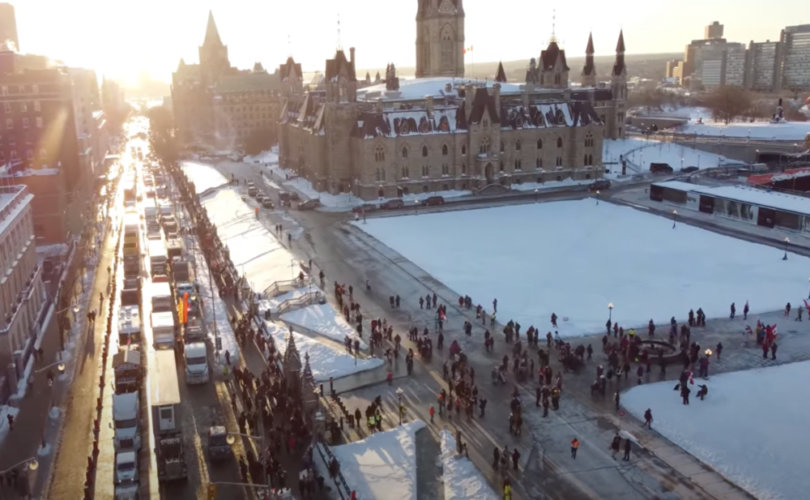 OTTAWA (LifeSiteNews) – The Ombudsman for Canada’s state-run Canadian Broadcasting Corporation (CBC) said he was “disappointed” the outlet ran a story that falsely claimed Russia was behind the Freedom Convoy protests, adding it should have never happened.

CBC’s Ombudsman Jack Nagler wrote as stated by Blacklock’s Reporter that there was no “concrete evidence,” in the station’s story earlier in the year insinuating Russian involvement in the protests.

Nagler added that the story should have “been caught before broadcast” and that he was “disappointed it took others to point out to CBC the question was ‘off.’”

According to Nagler, he was also not happy with the fact “programmers were not more sensitive in advance to the perils of speculation on subjects such as the convoy or Russian interference in Canadian affairs.”

The CBC had to retract a claim made on a January 28 broadcast of its Power & Politics program with Nil Koksal that falsely asserted Russia was behind the Freedom Convoy.

The station had received multiple complaints over the story, including one that stated it was an “effort by the CBC to misrepresent the protest.”

In the interview, Koksal was speaking with Public Safety Minister Marco Mendicino, where he asked, “We have heard references to potential outside actors?”

“Who could these outside actors be? Where might they be from,” he added.

Koksal then pressed on, stating that given Canada’s “support of Ukraine” against Russia, he didn’t know if it’s “farfetched to ask, but there is concern that Russian actors could be continuing to fuel things as this protest grows or perhaps even instigating it from the outside.”

Mendicino did not respond to Koksal’s claim.

According to Nagler, Koksal’s statement left viewers concluding that Russian interference could have occurred.

In the story, a geography professor from Portland State University said, “Anonymity could be used to mask interference in a political debate by extremists or foreign state actors.”

CBC’s managing editor for its Parliament Hill Bureau Chris Carter admitted that the interview was written poorly and not “clear.”

The hearings are open to the public livestream and will call forth at least 65 witnesses over six weeks.

The CBC has been caught misrepresenting other Freedom Convoy stories as well.

In March, it had to retract a story that falsely claimed most support for the Freedom Convoy came from foreigners. Prime Minister Justin Trudeau used this narrative as a basis for triggering the EA.

In 2019, Trudeau made an election promise that the Liberals would give legacy media $595 million in federal assistance over four years.

In 2021, the Trudeau Liberals gave the CBC $1.4 billion, which accounts for around 70 percent of its total revenue.