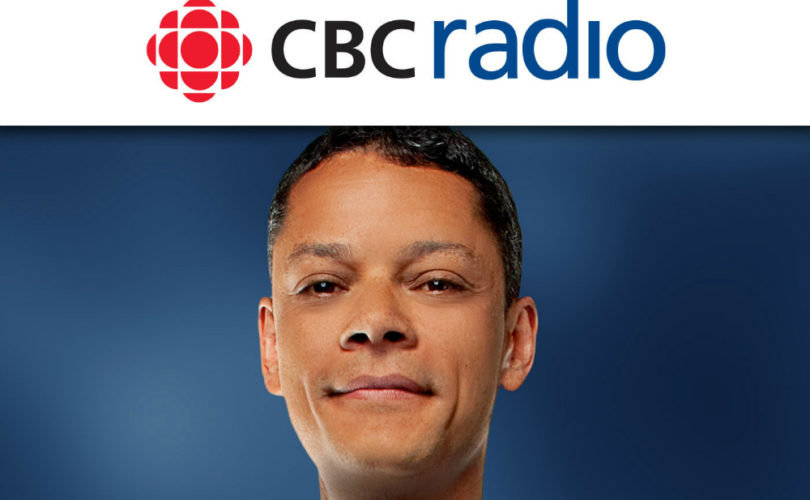 TORONTO, December 14, 2015 (LifeSiteNews) – The CBC recently targeted the chair of Toronto’s Catholic District School Board for refusing to state that “gay-straight alliances” belong in Catholic schools.

But pro-family advocates laud Angela Kennedy for her “defiance” in the face of an anti-Catholic agenda, and point out that Catholics have a constitutional right to teach their faith in the Ontario’s publicly-funded Catholic schools.

And Kennedy repeatedly replied that Catholic schools have “supportive clubs” and a “mental health strategy” for students.

Galloway pointedly noted that Kennedy avoided the term “gay-straight alliance,” and that she refused to confirm that such clubs belong in Catholic schools. He led off the segment by stating that Kennedy had “opposed” GSAs in the past.

“Kudos for her,” was the response of Campaign Life Coalition’s Jack Fonseca.

“By not saying ‘gay-straight alliance,’ what she was saying was, no, of course not, they don’t belong in Catholic schools,” he told LifeSiteNews.

“The question posed to Kennedy was idiotic,” Fonseca added. “Why would you ask a faithful Catholic whether gay pride clubs belong in a Catholic religious school?  Clearly, it was a dishonest question. Galloway knew full well that the answer is no, and was simply feigning ignorance.”

GSAs are not neutral, but are “gay pride celebration clubs” that not only normalize homosexual relationships but celebrate them, Fonseca said.

This is directly contrary to Catholic moral teaching. According to the Catechism of the Catholic Church, homosexual acts are “intrinsically disordered.” The Catechism further states that “unjust discrimination” towards persons who have homosexual tendencies is to be “avoided,” and notes that homosexual inclinations are themselves “objective disordered.”

“Galloway is an educated man and smart enough to know that the raison d’etre of Catholic schools is to inculcate Catholic religious and moral beliefs in children, in addition to standard academic learning,” noted Fonseca. “He understands very well that gay pride clubs contradict the religious mission of these schools.”

At the heart of the matter is Bill 13, or the Accepting Schools Act, which the Ontario Liberal government passed in 2012 and which, as Fonseca pointed out, “mandated gay pride clubs.”

“It mandated the violation of Catholic belief within Catholic school walls, which is an outrageous edict,” he told LifeSiteNews.

Section 93 of Canada’s 1867 Constitution Act “makes it abundantly clear that Catholic schools in Ontario have the right to run authentically Catholic schools, and they do not have to accept any law or regulation which adversely affects the content of faith and morals.”

Catholic lawyer Geoff Cauchi agrees. “The bishops of Ontario made a political decision to not support a legal challenge of the constitutionality” of Bill 13, which is now incorporated as Section 303.1 of the Education Act, Cauchi wrote in an email to LifeSiteNews.

Both Fonseca and Cauchi say that the bishops and the Catholic trustees can still invoke Section 93 of the 1867 Constitution Act to defend the rights of Catholic schools to teach the faith.

“The trustees of every Catholic board have the standing to challenge it in court, and have chosen not to do so,” Cauchi said. But Catholic trustees could still challenge Bill 13 “by refusing to obey” and leaving it up to the Ministry of Education to “attempt to enforce” it, which would ultimately bring the matter to court.

And both the Constitution Act of 1867, and sections within Ontario’s Education Act itself legally “trump” Bill 13’s mandate to provide GSAs in publicly funded schools, he said.

Catholic electors have a “superior constitutional right” not to teach the “normalcy of homosexual behavior, as not teaching this is necessary to ensure that the curriculum is consistent with Catholic teaching,” Cauchi told LifeSiteNews.

“Catholic electors have a constitutional right to insist that their trustees exercise this right on their behalf.”

Bill 13 amended the Education Act so that it legislates that a student cannot be prevented from using the name “gay-straight alliance” for a club, he noted, but it does not require universal acceptance of the term.

“Angela Kennedy and any Catholic board are under no legal obligation to call such a group a gay-straight alliance.”

Fonseca sees Kennedy’s refusal to confirm that GSAs belong in Catholic schools, despite CBC’s Galloway’s pushing the point, as “an act of defiance to their totalitarian reign.”

Fonseca conceded that GSAs, even though not called such, are to all practical purposes operating in Catholic schools, and are “celebrating same-sex marriage and the gay lifestyle, and inducing all the students in the schools system and all teachers to accept it as well and to celebrate it.”

Liberal Premier Kathleen Wynne and CBC host Galloway “know this is happening,” just as they know that the Church has “surrendered” on this front, he said. “So to go further and demand that Catholics use ‘GSA’ is only to humiliate the Church and faithful Catholics.”

In Fonseca’s reading of the incident, Galloway was “hoping” to get Kennedy to say that “these gay pride clubs do not belong in Catholic schools, they’re inimical to Catholic moral beliefs, and then he would mount a nationwide campaign of hate against her.”

The exchange and a subsequent CBC article playing up the issue, he said, “put the CBC’s anti-Catholic bigotry on display.”

“An honest journalist would’ve said something like, ‘Now Angela, we both know that GSAs undermine Catholic doctrinal teaching, and exist in the TCDSB, even if by another name. Do you believe the board can do anything to preserve Catholic teaching against this challenge by the Ontario government?’”

“You know, I would’ve applauded that sort of sincere journalism which doesn’t try to take sides, but merely presents the facts on the ground,” Fonseca added.

“But no, Galloway wasn’t interested in honest journalism. He was simply out to make Catholics look bad, and to try stirring up a hate frenzy towards them.”

A transcript of the Galloway-Kennedy exchange:

Galloway: “You have said in past that you have opposed gay-straight alliances. Do you think they belong in Catholic schools?”

Kennedy: “I think that we have supportive programs for students and I think students need to have these supportive clubs.”

Galloway: “Does that include a gay-straight alliance?”

Kennedy: “We have different clubs in all of our schools and our secondary school students benefit from them. We have a mental health strategy.”

Kennedy: “Matt, we have supportive clubs in our secondary schools. I think our students are benefiting from them. I hear very good things about the clubs that are running in all of our schools.”