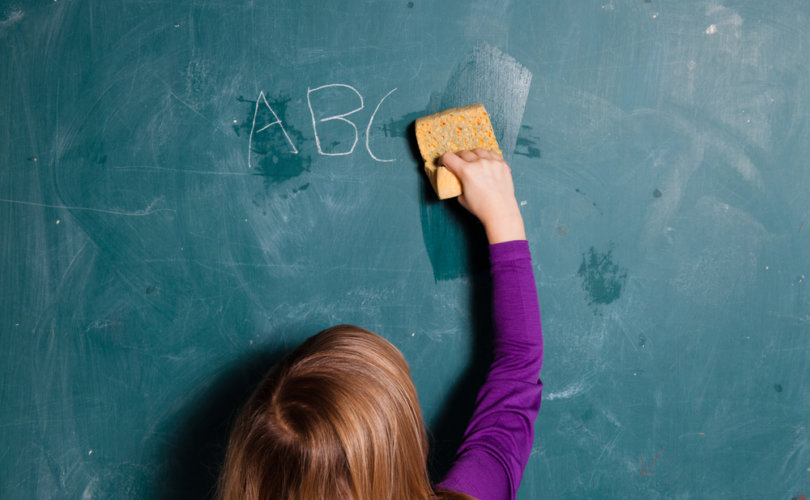 TORONTO, December 6, 2018 (LifeSiteNews) – Canada’s tax-funded national broadcaster has run a report telling Canadians that the best way to “mitigate” what it called the “climate crisis” is to “have a smaller family.”

In a Nov. 28, 2018 article illustrating how Canadians can “mitigate climate change”, the CBC claimed that at the top of the list of the “four biggest ways individuals can help cut down on emissions” is for parents to “have one fewer child.”

The CBC underscores in a chart created in part by Seth Wynes, a PhD student at the University of British Columbia, that while avoiding air travel will spare the environment 1.5 tons of carbon dioxide emissions annually, and living car-free will reduce carbon emissions by 2.4 tons, having “one fewer child” will save the earth from 58.7 tons of C02.

One Canadian pointed out over Twitter how Canada’s official network has been caught in a trap of conflicting ideologies.

“Behold, the wisdom of the Canadian Broadcasting Corporation (our liberal government propaganda arm),” tweeted writer Stephanie Nicolas of Belleville, Ontario. “Stop having children, it's bad for the environment, but we need mass immigration because there's no one to fund our pensions.”

Life and family leaders have warned for years about a coming “demographic winter” as a result of the plummet in birthrates. They point out that no economy can withstand an inverted pyramid where there are more old people than younger people. Places like Japan are now experiencing that a low fertility rate and an aging population is bankrupting the social security system and leading to economic stagnation.

Canada’s birth rate is about 1.61 child per woman, which is below the replacement figure. Canada last had a viable birth rate in 1971, when the average number of children per woman was 2.1.

What the CBC report failed to mention was that the world’s greatest producer of CO2 is child-unfriendly China, who in 2015 produced over 9 billion metric tons of the stuff, primarily through burning coal. In contrast, Canada produced only 549.23 million metric tons, which represents only 2% of the world’s overall so-called “carbon footprint.”

Carleton University professor Michael Hart argued in his 2016 book Hubris that climate change advocacy is based on “poor science.”

Hart made the case that “climate change” has become the Left’s new Trojan horse for ramming through its social agenda on an unsuspecting population.