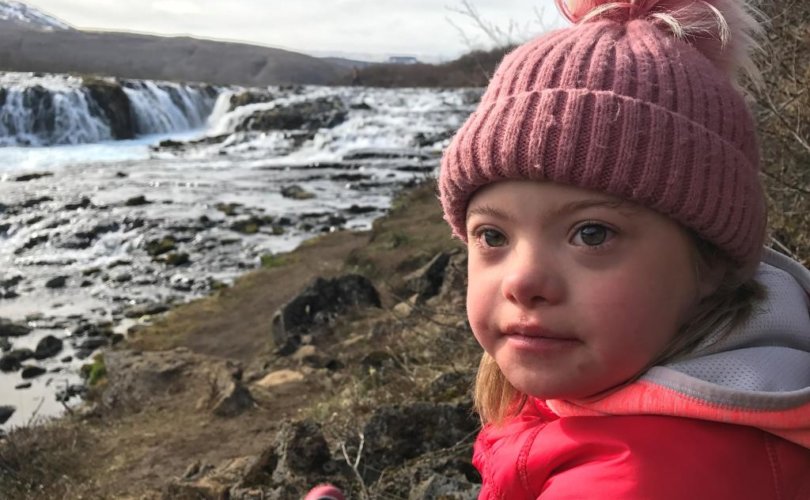 August 17, 2017 (LifeSiteNews) – Pro-life advocates and conservatives criticized CBS News this week for a report that seemed to legitimize the eugenic extermination of Down syndrome babies through abortion.

The report claimed Iceland is on track to “eliminate Down syndrome.”

Abortion has “almost completely eliminated Down syndrome births since the test began in the early 2000s,” Elaine Quijano of CBS explained in the report.

The report featured an abortion counselor who denied the humanity of babies in the womb. She said aborting babies with Down syndrome prevents suffering and that not every child with the disability is a “nice cute one.”

“CBS News should be ashamed,” MRC Culture Associate Editor Katie Yoder told LifeSiteNews. “The network packaged their report by claiming that Iceland was 'eliminating' Down syndrome. But there was a bigger story inside that package. Down syndrome isn’t 'disappearing,' but unborn babies with the genetic disorder are.”

Iceland isn't actually eliminating Down Syndrome. They're just killing everybody that has it. Big difference. #Downsyndrome #abortion https://t.co/gAONIzqRXW

The March for Life's Jeanne Mancini called the story “sickening” and challenged CBS to “air a segment about the happiness and benefits Down Syndrome children bring to families.”

.@MarchforLife is urging CBS to air a segment about the happiness and benefits Down Syndrome children bring to families.

“CBS got it backwards. Instead of treating the disorder, Iceland is removing the patient,” Yoder continued. “It’s sickening that the network advertised human persons as disposable. Every life is precious. The liberal media routinely advertise abortion as 'women's healthcare,' but one person always dies. Healthcare is supposed to protect life, not champion death.”

Kristan Hawkins, the President of Students for Life of America (SFLA) and the mother of children with genetic disabilities, said the story was heartbreaking.

SFLA released a video of Autumn Lindsey, a pro-life teenager, blasting the report.

Autumn said she doesn't want to live in a non-inclusive society that seeks to eliminate disabled people.

“The CBS report is scary,” she said. “We should seek to value all human beings, not kill off those we deem 'less worthy.'”