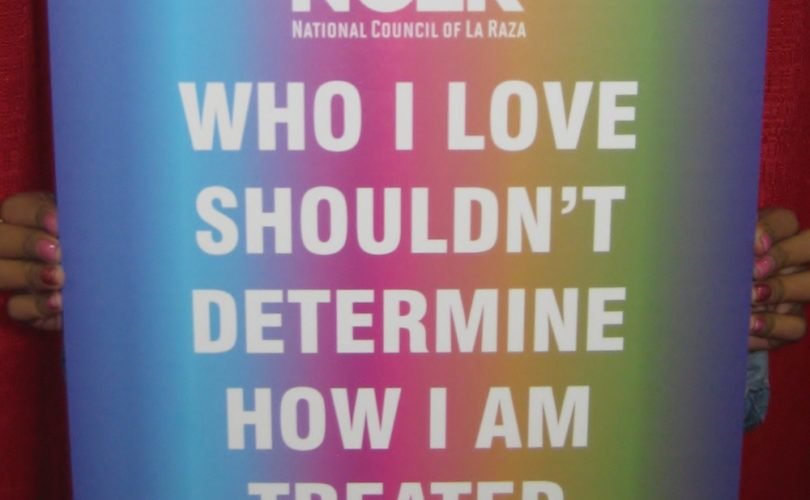 The Catholic Campaign for Human Development has denied a $75,000 grant to an immigration advocacy group because of its affiliation with a national organization lobbying for same-sex “marriage.”

CCHD Director Ralph McCloud told the Associated Press that Voz Workers Rights Education Project “self-disqualified” for the $75,000 grant when it maintained its alliance with the National Council of La Raza (NCLR), another amnesty organization that supports redefining marriage.

CCHD's grant application guidelines state that it “cannot fund groups that are part of coalitions or other organizations with purposes or agendas that conflict with fundamental Catholic social and moral teaching.”

Faced with an ultimatum, Voz promptly made its choice.

“We stand with NCLR. We stand with their values,” Voz said in an official statement. “The philosophy of building borders between friends and allies has long been a debilitating instrument to slow the advancement of social justice and equality. Alone we cannot achieve anything.”

McCloud said CCHD was saddened by Voz's decision, since the Oregon-based group had “done some tremendous work.” Among its emphases, Voz fought against the implementation of the Security Communities project, a federal immigration program designed, in Voz's words, to facilitate “the identification and removal of convicted criminals, repeat immigration violators, and individuals who otherwise are deemed a threat to national or public safety.”

But, McCloud told AP, “we have to honor our donors' intent that this money be spent on issues that are not contrary to the teachings of the Catholic Church.”

Matt Cato, director of the office that administers CCHD in the Archdiocese of Portland, told Street Roots, “Voz’s withdrawal from consideration for a grant with CCHD will not diminish the public and active support of the Office of Life, Justice and Peace on the core efforts of Voz.”

The decision to cut funding met with swift backlash from the economic and social Left.

Tom Chamberlain, president of the Oregon chapter of the AFL-CIO, said, “My hat's off to Voz” for saying, “Hell no to the Catholics.”

The United Workers Congress said, “Some elements in the Church are insisting that it couple its grantmaking with a witch hunt that runs entirely counter to the church's social teaching and the recent leadership of Pope Francis.”

More than 1,500 people have signed a petition demanding the Catholic Church “stop bullying social justice organizations with litmus tests over LGBT equality and restore $75,000 in funding,” as of this writing. “With the new Pope, a new era of openness and acceptance is appearing,” it states.

Despite lingering concerns about CCHD's grantmaking record, the charity has made strides to assure its beneficiaries remain faithful to Catholic teaching. Last year, CCHD denied nearly $300,000 in grants to nine organizations affiliated with the Illinois Coalition for Immigrant and Refugee Rights (ICIRR), which supports redefining marriage. In 2010, CCHD defunded the newspaper Street Roots, because its health care resources booklet referred readers to Planned Parenthood.

Chicago's Cardinal Francis George has praised CCHD's efforts at reform, saying, “Donors to the CCHD give to this anti-poverty organization with the understanding that their money will be passed on to organizations that respect the teachings of the Catholic faith. … It is intellectually and morally dishonest to use the witness of the Church’s concern for the poor as an excuse to attack the Church’s teaching on the nature of marriage.”

The decision of Voz to throw its lot in with the progressive Left is part of a national strategy to align advocates of amnesty for “undocumented workers” with homosexual “marriage” proponents.

“In this place, everybody's welcome,” Voz director Romeo Sosa said at a rally on Wednesday. “It doesn't matter your sexual orientation or immigration status.”

Jeana Frazzini, executive director of the gay and transgender pressure group Basic Rights Oregon, told the “Stand with Voz” rally, “Today is really about solidarity…and standing together to support Voz in replacing the funds that have been denied to them because they have stood proudly on their values of equality, of justice, and of the importance of our alliances. It is through standing together that we're creating the kind of community that we want to build for our future and right now.”