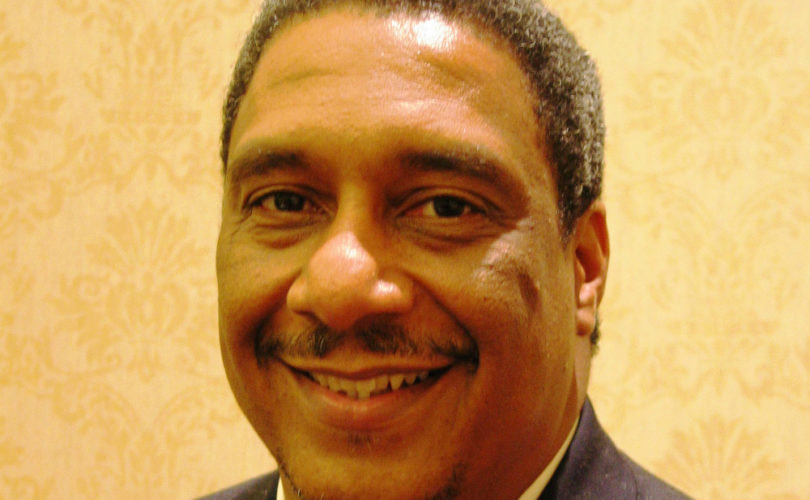 Ralph McCloud, director of the Catholic Campaign for Human Development

As the US Bishops prepare to pass the basket in the Catholic churches nationwide for their annual domestic poverty collection, one of the program’s leading critics is alleging the program’s director is in a conflict of interest that raises serious concerns.

Several Catholic Campaign for Human Development (CCHD) grantees are affiliates of Interfaith Worker Justice (IWJ), a worker advocacy group whose leadership is full of individuals who promote abortion and homosexuality, and many who are committed Marxist socialists, according to a report by the Lepanto Institute.

At the same time, Ralph McCloud, CCHD’s director who has oversight of grant distribution, serves on IWJ’s board of directors.

Two of the current IWJ-affiliated grantees received CCHD funds in 2012 as well, and McCloud joined the IWJ board in 2014.

“By joining the board of directors of IWJ, McCloud has created for himself the very definition of a conflict of interest,” Lepanto Institute Founder and President Michael Hichborn said. “And he accepted the role of overseeing distribution of funds to an organization in conflict with the Catholic Church’s teaching.”

Northwest Arkansas Workers' Justice Center is a member of Arkansas Citizens First Congress, which works for homosexuals to be able to adopt or be foster parents, and its board president is a pro-abortion, pro-homosexual Democrat party activist.

Centro de Trabajadores Unidos en la Lucha is a member of and on the board of Take Action Minnesota, an organization promoting homosexual “marriage” and birth control.

The group’s executive director, Kim Bobo, received her college degree from the socialist college, The New School for Social Research, is very active with the Democratic Socialists of America, and chaired a Marxist speaker’s panel for The New School.

Bobo’s assistant Eric Boria prepared roundtables for the “Marxist section” of meetings at the American Sociological Association’s annual conferences while a grad student at Loyola University.

McCloud was provided with the facts in 2012, Hichborn said, when he showed him that the leadership of Interfaith Worker Justice is filled with self-professed pro-abortion, pro-homosexual Marxists.

“How can an individual serve the Church while sitting on the board of IWJ, and in fact approve grants for affiliates of this organization?” Hichborn asked. “It seems impossible.”

LifeSiteNews asked the United States Conference of Catholic Bishops (USCCB) and Ralph McCloud about McCloud’s service on the board of IWJ and the possibility of a conflict of interest.

In its response, the USCCB defended McCloud’s role with IWJ.

“Ralph McCloud, director of the Catholic Campaign for Human Development, is a member of the Interfaith Worker Justice Board of Directors, because, consistent with the Catholic Church’s teaching on the dignity of work, he shares IWJ’s mission of engaging the faith community to advance the rights of workers,” the USCCB told LifeSiteNews.

“Many grassroots groups affiliate with Interfaith Worker Justice in order to receive support in their mission to empower workers, as well as to connect and collaborate with other grassroots groups across the country,” the USCCB continued. “This includes many groups supported by the Catholic Campaign for Human Development. CCHD supports this type of collaboration among funded groups and with other organizations.”

“The USCCB claim that McCloud's board membership is ok because he shares IWJ's worker's rights agenda is akin to saying that it's ok to join the Communist Party because you share its ideals of worker's right, too,” Hichborn said. “This is an apt analogy because the entire leadership of Interfaith Worker Justice is filled with pro-aborts, pro-homosexuals and ideological Marxists.”

The workers' rights agenda of IWJ is perverted by its Marxist ideologies, he said, and no Catholic has any place as a member, let alone being listed among its leadership.

“CCHD indeed financially supports IWJ because it is funding its affiliates,” continued Hichborn. “To claim otherwise is like claiming that there would be no conflict of interest by being on the board of Planned Parenthood Federation of America and only approving grants to its local affiliates. It's absurd.”

McCloud has turned a blind eye to the malfeasance of IWJ affiliates despite having been provided solid evidence of violation of CCHD grant guidelines, Hichborn said, and it’s worse yet that he's joined the ranks of its board of directors.

In addition to the specter of an ethical conflict of interest, Jakubczyk said the other conflict he sees is spiritual. As the head of a Catholic organization, McCloud’s duty and job description is not to fund pro-abortion and pro-homosexual groups, he said.

“They shouldn’t get a dime,” said Jakubczyk.

The first question is whether the groups getting CCHD funds and others they associate with meet the criteria for receiving Catholic funds, he continued.

“If they are [unfit for Catholic funding], then he shouldn’t be on that board,” Jakubczyk said, and McCloud should make a decision about who and what he is serving.

Hichborn concurred. “Given McCloud's presence on the board of directors of IWJ while approving grants for its affiliates, there's no way for pew-sitting Catholics to know whether he is representing IWJ or maintaining proper stewardship of Catholic funds,” he said. “No one can serve two masters, and since McCloud has doubled down on his membership on IWJ's board, I suppose he's announced with his actions where his alliances are.”

The CCHD collection is due to be taken up in diocesan parishes across the U.S. this weekend.