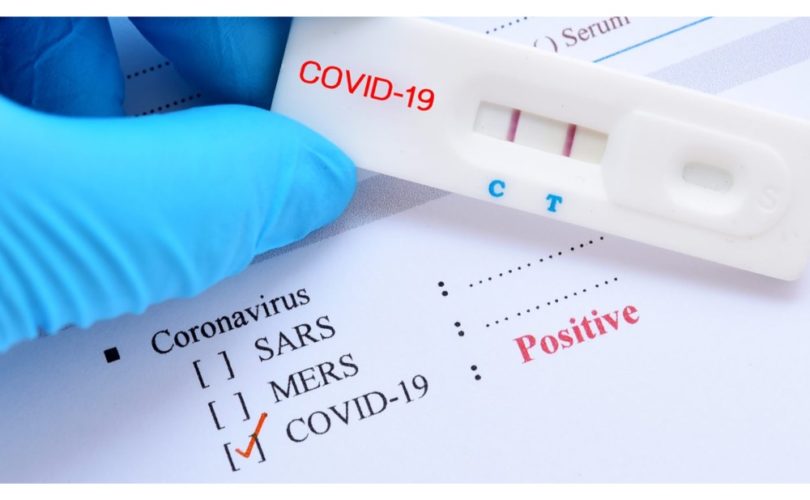 (LifeSiteNews) — A spokesperson for the U.S. Centers for Disease Control & Prevention (CDC) has admitted that the agency does not have any examples on file of an unvaccinated American transmitting COVID-19 to another person following natural recovery.

The revelation came in the form of a November 5 letter from Roger Andoh, Chief Operating Officer of the CDC’s Agency for Toxic Substances & Disease Registry (ATSDR), in response to a September Freedom of Information Act (FOIA) request by attorney Elizabeth Brehm.

Brehm, whose firm Siri & Glimstad lists vaccine injury and exemptions among its specialties, had requested “documents reflecting any documented case of an individual who: (1) never received a COVID-19 vaccine; (2) was infected with COVID-19 once, recovered, and then later became infected again; and (3) transmitted SARS-CoV-2 to another person when reinfected.”

“A search of our records failed to reveal any documents pertaining to your request,” Andoh replied. “The CDC Emergency Operations Center (EOC) conveyed that this information is not collected.”

In response to attorney’s FOIA request, US CDC admits that it has no record of an unvaccinated person spreading COVID after recovering from COVID.

While the answer on its own does not establish that no such cases exist, or could not happen in the future, critics of the federal government’s COVID response take it as another indicator of federal health authorities’ disinterest in information that could undermine their chosen policies, chiefly the COVID-19 vaccines developed under the Trump administration’s Operation Warp Speed initiative.

In September, White House COVID-19 czar Dr. Anthony Fauci admitted that “I don’t have a really firm answer to you on” why those who have already had COVID should get vaccinated for it, but it was “something that we’re going to have to discuss.” Many Americans assumed such discussions were already well underway.

The conservative Brownstone Institute has compiled 123 research studies finding that COVID immunity from prior infection “is equal to or more robust and superior to existing vaccine,” yet the federal government and the mainstream press are heavily invested in the narrative that natural immunity is unreliable and the vaccines are the only true protection against COVID.

Studies have found that vaccine-induced COVID protection wanes around six months (or potentially sooner). In October the U.S. Food & Drug Administration (FDA) announced it was expanding emergency-use authorization for booster shots at six months after the Pfizer and Moderna vaccines, and two months after the Johnson & Johnson vaccine. A Pfizer-funded study published in The Lancet last month found that at six months, the Pfizer shot’s effectiveness against infection drops to 47%, and that its effectiveness against the Delta variant drops to 53% after four months.

By contrast, a recent Yale study projected that natural immunity lasts three times longer than these benchmarks at 17 months, yet mainstream coverage in The Hill described this period as “somewhat short,” without mentioning the vaccines’ period of effectiveness.

Further, a growing body of data indicates that the mass vaccination strategy for defeating COVID-19 has failed. The federal government considers more than 194 million Americans (58% of the eligible) to be “fully vaccinated” (a moving target given the vaccines’ temporary nature), yet ABC News reported on October 6 that more Americans died of COVID-19 this year (353,000) than in all of 2020 (352,000).

Beyond doubts about the COVID vaccines’ necessity, significant concerns remain about their safety, stemming largely from the fact that they were developed and released far faster than any previous vaccine.