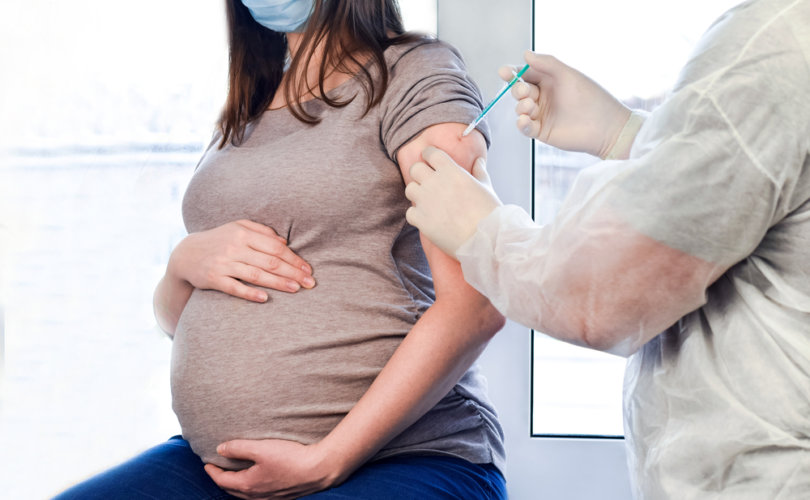 (LifeSiteNews) – In a new set of guidelines issued Tuesday, the Centers for Disease Control and Prevention (CDC) approved giving a fourth dose of the COVID-19 vaccines to certain “immunocompromised” individuals while also approving a third shot for pregnant women.

“In such situations, people who are moderately and severely immunocompromised may receive a total of four COVID-19 vaccine doses,” they added.

Currently, the “booster dose” for Moderna is set at a dosage level that is half the amount of a “full dose,” whereas the Pfizer and Janssen “booster” doses are set to the same amount as the “primary” doses. However, with the immunocompromised receiving the Moderna shot, the CDC recommends that they receive three “full” doses, and then they may receive their fourth shot at the “booster” dosing size.

Despite recommending a fourth shot of a vaccine they tout as “effective,” the CDC continues to instruct the immunocompromised to “follow current prevention measures” even after their fourth jab, including wearing a mask, staying six feet apart from others they don’t live with, and avoiding crowds.

The vaccinations, which are experimental and do not finish clinical trials until 2023, have been linked to thousands of deaths and millions of injuries worldwide.

Notably, the vaccinations have been reported by medical experts as having the potential to cause severe harm to the female reproductive system, with medical reports including cases of miscarriages, vaginal hemorrhaging, abnormal menstrual cycles, and stillbirths.

In spite of this, the new CDC guidelines recommend that “people aged 18-49 years with certain medical conditions, including pregnancy … may receive an mRNA COVID-19 booster dose based on their individual benefits and risks.”

The CDC also states throughout their guidelines that “there is currently no evidence” that the vaccines “cause fertility problems,” while simultaneously warning that “however, results from ongoing long-term studies are not yet available.”

Regardless of its own statement that there is a lack of long-term data available to determine the effects the abortion-tainted shots have on female fertility, the CDC assures pregnant women and women of childbearing age that the vaccines will not prevent their opportunity to have children because “many women have become pregnant after receiving [the] COVID-19 vaccine.”

Contrasting the CDC’s assurance of safety, Dr. Michael Yeadon, a former Pfizer vice president who has degrees in biochemistry and toxicology and a Ph.D. in respiratory pharmacology, told LifeSite that women of childbearing age, especially pregnant and nursing women, should entirely reject the COVID-19 gene therapy vaccines.

“And that is exactly what is happening. Our government is urging pregnant women, and women of childbearing age, to get vaccinated. And they’re telling them they’re safe. And that’s a lie because those studies have simply not been done,” Yeadon emphasized.

Referencing a recent small-scale experiment done on pregnant women, Yeadon continued to explain his opposition to pushing the vaccine on this cohort.

“So, I’m sorry to say this, but that is a vaccine-induced autoimmune attack on their own placenta. And I think you can only expect that that is happening in every woman of childbearing potential. It’s generating antibodies against this critical protein required for fertilization and successful pregnancy,” he added.

Yeadon also reported that when scrutinizing a study done on rats, the spike proteins from the COVID-19 injections were shown to collect in the ovaries of the animal, something the doctor indicated is alarming.

“So, now we have a second problem, that the vaccine, at least in a rat, distributes into the ovaries,” the doctor stated. “And I will tell you, a general rule of thumb in toxicology is if you don’t have any data to contradict what you’ve learned, that’s the assumption you make for humans.”