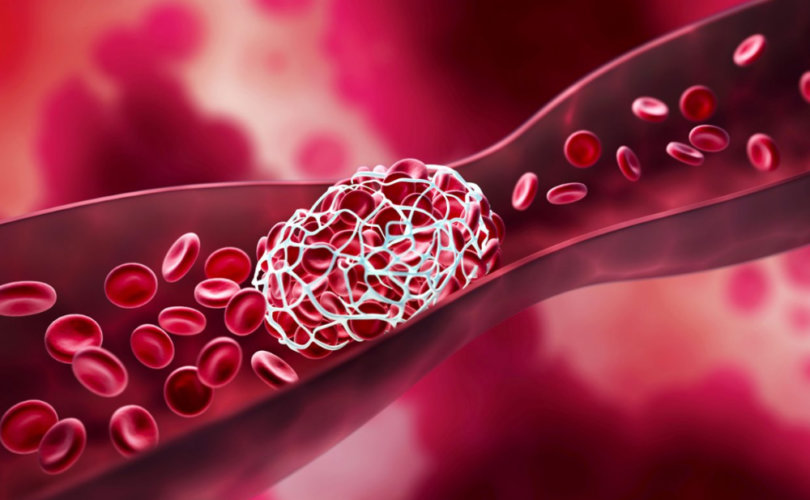 (Children’s Health Defense) – An advisory panel to the Centers for Disease Control and Prevention (CDC) voted 15 – 0 on Thursday to “preferentially recommend” mRNA COVID vaccines Pfizer and Moderna over the Johnson & Johnson (J&J) shot for adults 18 years and older.

The recommendation came after the agency’s advisory panel said the rate of rare blood-clotting disorders following the J&J vaccine was higher than expected. The CDC signed off on the panel’s updated guidance late Thursday.

The Advisory Committee on Immunization and Practices (ACIP) effectively discouraged vaccine providers and adults from using the J&J’s shot — marking the first time the panel expressed a preference for a specific type of COVID vaccine.

The panel stopped short of recommending the vaccine be pulled from the market. J&J’s vaccine will remain an option for people who are “unable or unwilling” to receive mRNA vaccines, The New York Times reported.

Panel members requested stronger language be used in the guidance, but CDC officials said the strength of the recommendations would be made clear in the clinical considerations.

The panel reviewed data from CDC officials on thrombosis with thrombocytopenia syndrome (TTS), acknowledging 54 cases of the condition among J&J recipients, including nine deaths.

The median age of cases was about 45 but the vaccine-injured ranged in age from 18 to 70.

Thirty-seven cases were in women and more than half (54%) of cases included cerebral venous sinus thrombosis (CVST). All cases occurred after the primary vaccine dose.

The median time from vaccination to symptom onset was nine days, and all patients were hospitalized — including 36 who were admitted to the ICU.

Rates are higher than previously estimated among both men and women, the CDC’s Dr. Isaac See said during the meeting.

“We’ve been struck on reviewing these cases by how rapidly a patient deteriorates … to death,” See said, noting symptoms always begin within two weeks of getting the vaccine and, on average, within nine days.

See said 39 of the 54 reported cases occurred before the CDC and U.S. Food and Drug Administration (FDA) paused the vaccine in April to investigate its link to blood clots.

The CDC’s COVID-19 Vaccine Task Force said it excluded “reports where [the] only thrombosis is ischemic stroke or myocardial infarction.”

The exclusions significantly reduced the number of coagulopathy cases included in the task force’s analysis. Coagulopathy refers to a medical condition characterized by an inability of blood to coagulate, or clot.

According to the CDC website, most strokes (87%) are ischemic strokes. An ischemic stroke occurs when blood flow through the artery that supplies oxygen-rich blood to the brain becomes blocked — a condition often caused by blood clots.

A myocardial infarction is a heart attack that occurs when the heart muscle doesn’t get enough blood due to a blockage — such as a blood clot — in the arteries that supply blood to the heart.

The CDC also excluded individuals who had an active case of COVID from the data. The agency did not analyze reports of blood-clotting disorders following mRNA vaccines, Pfizer and Moderna, despite warnings by scientists that both vaccines may cause blood clots and heart attacks.

According to the latest data from the CDC’s Vaccine Adverse Event Reporting System, there have been 11,680 reports of blood clotting disorders in the U.S. Of those, 5,198 reports were attributed to Pfizer, 4,159 reports to Moderna and 2,275 reports to J&J.

“After listening to the ACIP debate the risks of the Janssen [J&J] COVID-19 vaccine, I noticed the focus was on transient local reactions, bleeding/clotting and myocarditis, without critically discussing ischemic strokes, myocardial infarction and total mortality.

“The ACIP also did not address potential contraindications, such as previous clotting or bleeding abnormalities, for the Janssen vaccine as part of the vote, but said those concerns would be incorporated in their clinical guidelines.”

Mumper said the committee did acknowledge that, although the side effects of thrombosis and thrombocytopenia “seemed rare,” they could be fatal.

Hooker suggested J&J is the “sacrificial lamb” because the vaccine commands the least market share in the U.S.

Similar to Mumper, Hooker also noticed the CDC was missing other clotting disorders in its analysis, including “myocardial infarction, strokes, pulmonary embolisms and deep vein thrombosis.”

ACIP stopped short of recommending J&J be pulled from market

Despite concerns over the rare blood-clotting disorder, ACIP members did not recommend removing J&J from the market citing concerns that such a decision would leave some adults without protection.

The J&J vaccine, marketed under the Janssen name, is often the only vaccine available for prison populations, the homeless and other high-risk groups, CDC officials said.

The J&J shot is also recommended for younger men who may not be able to have an mRNA vaccine due to the risk of myocarditis, the CDC’s Sara Oliver explained, and removing the vaccine would cause problems.

Some panel members said the vaccine should remain available to anyone appropriately informed of the risks.

“Legitimately, there are some people who might opt for the [J&J] vaccine even after being appropriately informed” about risks of TTS, “and I don’t think that it’s right for us to make that option unavailable to them,” said Beth Bell, clinical professor of global health at Washington University.

One ACIP member however adamantly opposed the continued use of the J&J shot.

“I cannot recommend a vaccine that’s associated with a condition that may lead to death,” said Pablo Sánchez, principal investigator in the Center for Perinatal Research at The Research Institute and a professor of pediatrics at Ohio State University College of Medicine.

“I’m not recommending it to any of my patients’ parents. I tell them to stay away from it,” Sánchez added.

The CDC’s recommendation follows similar recommendations from other countries, including Canada and the U.K., the panel said. Given the current state of the spread of COVID-19, the ACIP restated receiving any vaccine is better than being unvaccinated.

Individuals who are unable or unwilling to receive an mRNA vaccine will continue to have access to Johnson & Johnson’s COVID-19 vaccine.

“Even in the U.S., given its durable protection, it may be the preferred choice for people who can’t or won’t return for multiple vaccinations,” Heaton argued.

“While TTS continues to be a rare event, unfortunately, cases of COVID-19 are not,” she said, noting the virus carries a much higher risk of blood clots than vaccination does.

The FDA on Dec. 14, updated its fact sheets for Emergency Use Authorization (EUA) of the J&J vaccine, adding a contraindication to the shot for adults with a history of TTS following J&J or any other adenovirus-vectored vaccine.

The agency did not add a contraindication for people with pre-existing conditions, including coagulation disorders, or for those who may have experienced blood clots after receiving an mRNA vaccine.

The FDA said TTS was reported in men and women, in a wide range of ages, with the highest rate in women aged 30 to 49.

The agency noted approximately 15% of TTS cases were fatal.

Earlier this year, federal health authorities temporarily paused use of J&J’s vaccine while they investigated the vaccine’s possible link to potentially dangerous blood clots, but less than two weeks later voted to resume use of the vaccine with an extra warning about the risk of rare blood clotting disorders for women ages 30 to 49.

The ACIP said the link between blood clots and J&J’s COVID vaccine was “plausible,” but concluded the vaccine’s benefits still outweigh the risks and recommended the vaccine for persons 18 years of age and older in the U.S. under the FDA’s EUA.