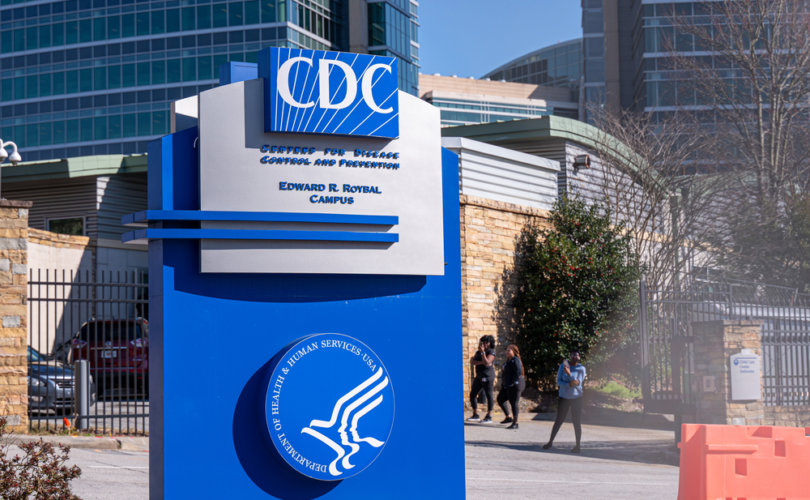 (Children’s Health Defense) – A federal court in Texas is giving the Centers for Disease Control and Prevention (CDC) until Friday to release the first batch of data on adverse events following COVID-19 vaccination collected by the agency via its V-safe app.

The order by the U.S. District Court for the Western District of Texas-Austin Division follows a series of lawsuits filed by the Informed Consent Action Network (ICAN), an Austin-based nonprofit “focused on the scientific integrity of vaccines and [the] pharmaceutical industry.”

According to ICAN, the court order requires the CDC to release the first batch of 19 months’ worth of data collected from millions of participants who reported adverse events related to COVID-19 vaccination via the V-safe app between Dec. 14, 2020, and July 31, 2022.

In all, the CDC will be required to release more than 137 million health V-safe entries.

The CDC describes V-safe as a smartphone app that “provides personalized and confidential check-ins via text messages and web surveys,” enabling users to “quickly and easily share with CDC how you, or your dependent, feel after getting a COVID-19 vaccine.”

Public will ‘see for themselves the actual self-reported data’

The data collected via the V-safe app is “collected, managed, and housed on a secure server by Oracle,” with only the CDC having “access to the individualized survey data.”

Oracle’s access is limited to “aggregate deidentified data for reporting.”

This distinction led to the main thrust of ICAN’s lawsuits against the CDC. ICAN argued that “based on the CDC’s own documentation, the data submitted to V-safe is already available in deidentified form (with no personal health information) and could be immediately released to the public.”

ICAN submitted three Freedom of Information Act (FOIA) requests for the deidentified data collected via V-safe, “in the same form in which Oracle can currently access it.”

However, ICAN said, the CDC “had apparently not read its own documentation regarding V-safe” and refused ICAN’s requests, claiming “information in the app is not deidentified.”

Even when ICAN clarified its FOIA request to specifically ask for “all data deidentified after [emphasis original] it was submitted to the V-safe app,” the CDC “administratively closed this request stating it was duplicative of the original request.”

ICAN responded by suing the CDC in federal court in December 2021, via its attorney, Aaron Siri, for the release of this data.

Siri also represented Public Health and Medical Professionals for Transparency, the organization that sued the U.S. Food and Drug Association (FDA) for the release of data from the Pfizer COVID-19 vaccine trials — a lawsuit that was successful.

Following a new FOIA request by ICAN in April 2022, for the release of “all data submitted to V-safe since January 1, 2020,” and the CDC’s subsequent refusal, ICAN filed a second lawsuit in May 2022.

ICAN said these successive refusals on the part of the CDC came “despite the CDC’s ability to immediately release this deidentified data pursuant to its own protocol,” based on the claim that “the information in the app is not deidentified.”

ICAN commented on the significance of the ruling, stating in a press release:

This is a huge win for ICAN and for the American public, who will finally start to be able to see for themselves the actual self-reported nationwide data about the safety of the COVID-19 vaccines.

This is an absolutely huge development and I’ll be waiting with anticipation as the V-safe data are released.

With CDC’s reluctance to release this information, one can only imagine that it will not reflect well on the whole COVID-19 vaccination program, especially given irregularities seen with VAERS [the Vaccine Adverse Event Reporting System] reporting and the shifting narrative of the CDC regarding COVID-19 guidance.

Hooker has faced similar obstacles to those encountered by ICAN when requesting data from the CDC. He said he “submitted a FOIA for the V-safe pregnancy data early in the process and was denied.”

“I’m glad that Aaron [Siri] and ICAN stuck with it,” Hooker said. “I can only think of the lives that could have been spared if the CDC would have been forthcoming with this information in the first place.”

The data collected via the V-safe app is distinct from the data submitted to VAERS. ICAN described the distinction:

The FDA and CDC have admitted their existing safety monitoring program, VAERS, was incapable of determining causation and therefore unreliable.

The CDC has therefore deployed a new safety monitoring system for COVID-19 vaccines called V-safe, and now claims that these ‘vaccines are being administered under the most intensive vaccine safety monitoring effort in U.S. history.’