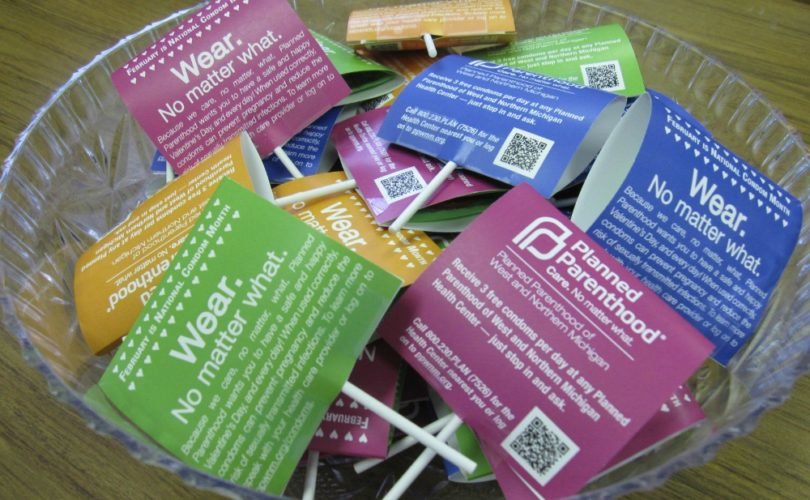 WASHINGTON, D.C., December 17, 2015 (LifeSiteNews) – Not enough teenagers are being taught about condoms, artificial birth control, and other “skills” “needed to avoid HIV, other STDs, and unintended pregnancy,” says a new government report.

Every other year, the CDC surveys the nation's high schools and middle schools. Last Wednesday, it released the results of the 2014 School Health Profiles Survey at the National HIV Prevention Conference. The results covered a wide variety of health behaviors, including a section on sexual education.

The sexual education results were unsatisfactory, said a press release, which noted that “fewer than half of high schools and only a fifth of middle schools teach all 16 topics recommended by … [the CDC] as essential components of sexual health education.”

Those topics include, but are not limited to, “benefits of being sexually abstinent” and how important it is to use “condoms consistently and correctly,” as well as using condoms “at the same time as another … [form of] contraception” and the “importance of limiting the number of sexual partners.”

Students from 6th through 12th grades should also be receiving education on “how HIV and other STDs are transmitted”; the “health consequences of HIV, other STDs, and pregnancy”; and the “efficacy of condoms,” as well as how to gain access to, and “how to correctly use,” condoms, according to the CDC.

The study examined the percentage of schools in each state that taught each recommended area of sexual education, then took the median of each state for its national assessment.

The benefits of abstinence were most often taught to middle-school students, with a median of 77 percent of the middle schools surveyed. A median of 75 percent of schools taught “[h]ow to create and sustain healthy and respectful relationships,” while education on how HIV and other STDs are transmitted and “health consequences of HIV, other STDs, and pregnancy” were taught 75 percent of the time.

Schools least often taught “how to obtain” and “how to correctly use” condoms, at 27 percent and 23 percent. Seventeen percent of middle schools taught all 16 recommended aspects of sexual education.

For high school students, STD prevention topped the list, with 95 percent of schools teaching “[h]ow HIV and other STDs are transmitted” and about the “[h]ealth consequences of  HIV, other STDs, and pregnancy.” Abstinence was next at 94 percent.

Nineteen large urban communities were also sampled, though New York City was notably excluded. While the urban communities' median numbers were often within five percent of the national median, both middle schools and high schools were far more likely to teach students about condoms.

In a press release, the director of the CDC's National Center for HIV/AIDS, Viral Hepatitis, STD, and Tuberculosis Prevention said, “We need to do a better job of giving our young people the skills and knowledge they need to protect their own health. It's important to teach students about healthy relationships and how to reduce sexual risk before they start to have sex.”

The press release cites condoms and other forms of artificial birth control – including abortifacients – as “essential topics in HIV, STDs, pregnancy prevention, and other health subjects,” calling them “age-appropriate topics for middle and high schools based on the scientific evidence for what helps young people avoid risk.”

A CDC media spokesperson did not provide LifeSiteNews information on whether the CDC recommends informing students of the side-effects of contraception or the abortifacient potential of some contraceptives. However, LifeSiteNews was told that the “CDC does not recommend the selection of a specific curriculum, but recognizes the authority of local school districts to make sexual health education curriculum decisions.”

“CDC emphasizes that all sexual health education should be medically accurate and consistent with scientific evidence. It should allow students to develop and demonstrate developmentally appropriate sexual health-related knowledge, attitudes, skills, and practices. It should also be consistent with community values, and developed with the active involvement of parents.

“What is critical is that our students get age-appropriate instruction across key areas of sexual health in both middle and high school in order to develop the skills they need to be healthy in adulthood.”