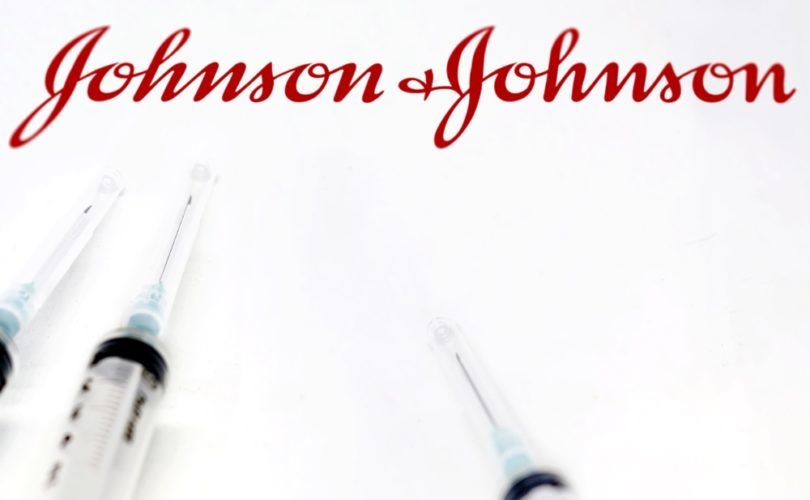 April 26, 2021 (Children’s Health Defense) – An independent advisory panel for the Centers for Disease Control and Prevention (CDC) voted Friday 10 – 4 to recommend the continued use of the Johnson & Johnson (J&J) vaccine after the single-dose shot was paused over blood clotting concerns. The panel did not recommend adding any extra warning about the risk of rare blood clotting disorders.

The recommendation by the CDC’s Advisory Committee on Immunization Practices (ACIP) has to be approved by the CDC and the U.S. Food and Drug Administration (FDA) before becoming official government policy.

The ACIP said the link between blood clots and J&J’s COVID vaccine was “plausible,” but concluded the vaccine’s benefits still outweigh the risks and recommended the vaccine for persons 18 years of age and older in the U.S. under the FDA’s Emergency Use Authorization (EUA).

“This is a serious adverse event,” said Dr. Grace Lee, a pediatrician at the Lucile Packard Children’s Hospital and Stanford University School of Medicine in Stanford, California. “We need to continue to ensure that awareness is raised. But I also think that we have to come out with a clear recommendation,” she said.

Dr. Pablo Sanchez, a pediatrician at The Ohio State University’s Nationwide Children’s Hospital in Columbus and one of the four “no” votes, said he supported returning the vaccine to the market, but felt it was important to add a warning. “We have to have stronger language to ensure people are (fully informed),” he said.

According to The Wall Street Journal, J&J was willing to add language to the vaccine’s label warning about the blood clot risk at the FDA’s request, J&J Chief Medical Officer Dr. Joanne Waldstreicher told members of the vaccine committee.

Waldstreicher said resumption of vaccinations with J&J’s shot would likely prevent many more deaths and hospitalizations from COVID than the number of rare blood clot cases that may occur in people receiving the vaccine.

“We believe the J&J COVID vaccine is central to the effort to end the pandemic,” Waldstreicher said.

According to The Washington Post, the CDC’s advisory panel found 15 women who were diagnosed with rare blood clots, including three deaths, seven who remain hospitalized and five recovering at home, according to a slide presentation shared during today’s meeting.

Only two of the women were older than 50, with the risk highest in women ages 30-39, according to theACIP. The findings appear to confirm the suspicion that younger women are more vulnerable to developing blood clots.

Officials from the CDC who presented the data Friday said it was too early to conclude that the incidents affected only women and said a few cases in men were being reviewed.

According to a CDC analysis, resuming the use of J&J’s vaccine in the U.S. would prevent 1,435 deaths from COVID and 2,236 admissions to hospital intensive care units, while causing approximately 24 cases of thrombosis with thrombocytopenia syndrome, a CDC staffer said.

Federal agencies paused J&J’s vaccine, marketed under the company’s Janssen subsidiary, earlier this month while they investigated the vaccine’s possible link to potentially dangerous blood clots. In an April 13 joint statement from the CDC and FDA, the agencies said they were investigating six cases of blood clots in the U.S. All six occurred in women between the ages of 18 and 48, and symptoms occurred six to 13 days after vaccination.

That same day, J&J revealed two more cases of blood clots — one in a 25-year-old man who suffered a cerebral hemorrhage during a clinical trial and another case of deep-vein-thrombosis in a 59-year-old woman.

The Hill reported Friday the CDC is reviewing the death of an Oregon woman who died after receiving J&J’s vaccine. The woman, in her late 50s, was vaccinated before the state issued a pause. Two weeks after receiving the vaccine, she developed a rare but serious blood clot associated with very low platelets. The Oregon Health Authority said it was notified about the death on April 20, two days after the CDC was notified.

U.S. health authorities also are investigating the report of a Texas woman who was hospitalized after receiving J&J’s vaccine. The Department of State Health Services told The Hill in a statement that the CDC notified state officials on Wednesday afternoon of a possible case in Texas reported through the Vaccine Adverse Events Reporting System.

The Defender reported this week that a Nevada teen, Emma Burkey, underwent three brain surgeries to repair blood clots she developed about a week after receiving J&J’s COVID vaccine. Burkey was one of the initial six cases under review by the CDC.

The European Medicines Agency (EMA) said Tuesday it found a “possible link” between J&J’s COVID vaccine and very rare blood clots, but also concluded the vaccine’s benefits outweigh the risks. However EMA’s safety committee (PRAC) said a warning about a rare, serious blood-clot condition should be added to the product label.

In reaching its conclusion, the committee said it took into consideration all currently available evidence including eight reports from the U.S. of serious cases. All cases occurred in people under 60, and all occurred within three weeks after vaccination. The majority were women.

J&J had delayed the vaccine’s rollout in the EU after concerns about blood clots led U.S. regulators to pause J&J vaccinations. The company said Tuesday it will resume shipment of the vaccine in the EU, Norway and Iceland.

According to Reuters, Germany’s health ministry will soon start distributing the one-shot vaccine to federal states after the EMA said the benefits outweigh the risk of blood clots. Germany restricted use of AstraZeneca to people over age 60 after the EMA linked AstraZeneca, a vaccine using similar adenovirus technology, to blood clots.

The Biden administration stood by J&J as the company struggled to deliver promised doses of its COVID vaccine — but privately, frustrated senior health officials wrote off the shot, according to seven people with knowledge of the matter, Politico reported.

The company received $628 million in government funding to research and develop it’s COVID vaccine, but has faced an unrelenting series of setbacks, including a mix-up by manufacturer Emergent BioSolutions that ruined 15 million doses, a series of safety and hygiene lapses at the same manufacturing plant and concerns that the vaccine may be linked to recent reports of rare, severe blood clots among recipients.

As The Defender reported, Emergent BioSolutions faced increased scrutiny Thursday when the FDA released a 13-page report identifying a series of problems with the plant. According to the report, “There is no assurance that other batches have not been subject to cross-contamination.”

The report also said the plant was “not maintained in a clean and sanitary condition,” was poorly designed and dirty, unsealed bags of medical waste were observed, the facility could not be adequately cleaned and employees were not properly trained.