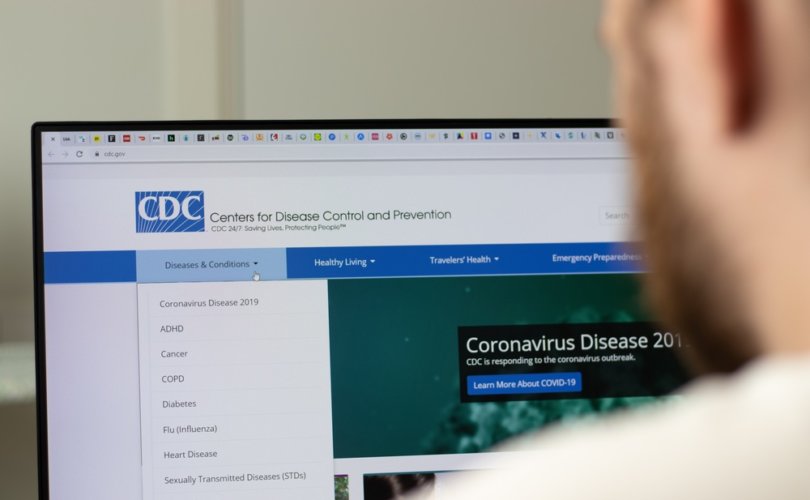 ATLANTA (LifeSiteNews) — The U.S. Centers for Disease Control and Prevention (CDC) appears to have quietly removed a statement assuring readers that spike proteins don’t remain in the body after injection with mRNA coronavirus jabs.

The news appears to lend further credence to earlier statements by medical experts and physicians who expressed skepticism about the jabs, including Texas-based internist and cardiologist Dr. Peter McCullough, who warned last year that the spike proteins produced in response to the shots are themselves “pathogenic.”

According to the official CDC web page highlighting the mRNA shots, “Messenger RNA (mRNA) vaccines teach our cells how to make a protein that will trigger an immune response inside our bodies.”

The site assures readers that “Researchers have been studying and working with mRNA vaccines for decades,” and that “Like all vaccines, mRNA vaccines benefit people who get vaccinated by giving them protection against diseases like COVID-19 without risking the potentially serious consequences of getting sick.”

The CDC also provided a list of “facts” regarding the jabs in a bid to debunk concerns about the injections.

The CDC also states that the shots “do not affect or interact with our DNA,” since the mRNA doesn’t “enter the nucleus of the cell where our DNA,” a claim that has been challenged by Dr. McCullough, Canadian physician Dr. Daniel Nagase, and others.

In addition, the federal agency previously stated that the spike protein produced in response to the shots doesn’t remain in the body.

However, that statement has since been quietly scrubbed from the website.

On Sunday, Twitter user Michelle, who claims to be vaccine-injured, posted a side-by-side comparison of the current public-facing CDC web page and an archived version of the site.

“I wish I could scrub the spike protein out of my #vaccineinjured system as easily as the @CDCgov scrubs their website,” she remarked.

I wish I could scrub the spike protein out of my #vaccineinjured system as easily as the @CDCgov scrubs their website. pic.twitter.com/b5BncWqsn5

RELATED: Dr. Robert Malone: Endless mRNA jabs are in the works as the CDC and FDA play ‘hide the data’

On Monday, LifeSiteNews retrieved an archived version of the CDC web page and independently verified that the CDC previously provided an assurance regarding the short longevity of the spike protein that has since been removed.

According to an archived web page from June, the CDC stated that the “mRNA and the spike protein don’t last long in the body.”

“Our cells break down mRNA and get rid of it within a few days after vaccination,” the CDC stated, adding that “Scientists estimate that the spike protein, like other proteins our bodies create, may stay in the body up to a few weeks.”

The current page, however, contains no such assurance.

LifeSiteNews reached out to the CDC for clarification on Monday. On Tuesday, a spokesperson for the CDC told LifeSiteNews in an email that the information was removed during a routine review of the site, which had been conducted to “to ensure we have consistent and up-to-date recommendations.”

“In an effort to make all COVID-19 vaccine webpages consistent, information on the Understanding mRNA COVID-19 Vaccines webpage was adjusted and a portion was removed,” the CDC spokesperson said, adding that the removal of the information did not indicate “a change to the science of how the mRNA vaccines work.”

“The mRNA from these vaccines are broken down by the cells that interpret this coding, and the process takes a few days after vaccination,” the spokesperson said.

However, medical experts and physicians skeptical of the shots have routinely warned that the spike proteins can have damaging and even lethal effects, and can continue to be produced by the body long after the reception of the jab.

“Everything we have learned about the spike protein since release of the vaccines is bad, 100% bad,” Dr. McCullough said in an October 2021 talk in Phoenix, Arizona.

Arguing that the spike protein is “pathogenic” and “lethal to some,” the physician explained that “When it is expressed on the cell surface, it invites an attack. That’s what causes these autoimmune attacks in the organs.”

“So, in the most kind of perverted way, it’s hard to say this, but the vaccine is, in a sense, giving people a dose of a product of bioterrorism, by injection,” he said.

READ: Dr. Peter McCullough: The COVID shot is a form of ‘bioterrorism,’ its spike protein is ‘pathogenic’

In May, former Pfizer VP Michael Yeadon argued that the “the design of” the COVID injections was knowingly deficient in a number of ways,” including the longevity of the spike protein in the body.

According to Yeadon, despite claims from jab manufacturers that the “toxic virus spike protein” would “stay in the injection site,” it actually spreads “widely around the body.”

“There was no built-in limit to the amounts of toxic spike proteins that can be made, or for how long it is made, and that’s the cause of the toxicity,” Yeadon said. “[W]e were given blanket assurances time and again by all of the companies about the benign safety profile of their products.”

“To add insult to injury, it appears that these products provide little or no protection from the virus they sought to protect us from,” he said.

This article has been updated to provide comment from the CDC and provide screenshots of the CDC webpage.