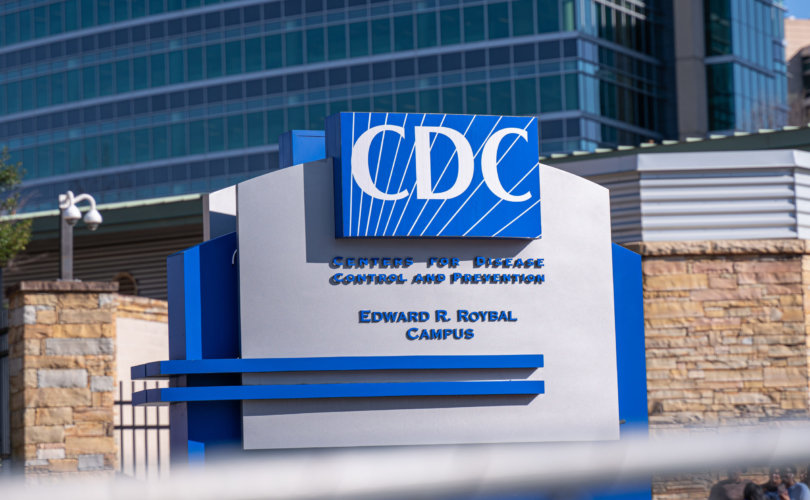 WASHINGTON (LifeSiteNews) — The U.S. Centers for Disease Control and Prevention (CDC) quietly updated its definition of “vaccine” and “vaccination” on September 1 from providing “immunity” to merely providing “protection.”

Between 2015 and August 2021, the CDC had defined a vaccine as “[a] product that stimulates a person’s immune system to produce immunity to a specific disease, protecting the person from that disease.”

But following increasing skepticism over the term “vaccine” being applied to the newly developed mRNA jabs against COVID-19 from experts in medicine, the CDC adjusted the definition at the beginning of September, now describing a vaccine as “[a] preparation that is used to stimulate the body’s immune response against diseases.”

Similarly, the word “vaccinating” is now, according to the CDC’s definition, less specific about the level of resistance a subject should receive from the medication.

Rep. Thomas Massie (R-KY) highlighted on Twitter that the term “vaccination” had undergone a definitional overhaul already in 2015. Previously, the CDC had described vaccination more specifically as an “injection of a killed or weakened infectious organism in order to prevent the disease” the shot was designed to protect against.

Check out @CDCgov’s evolving definition of “vaccination.” They’ve been busy at the Ministry of Truth: pic.twitter.com/4k2xf8rvsL

Massie commented on the changing definition of “vaccination” over the years, comparing the CDC’s work with that of the ministry of truth from George Orwell’s 1984.

Investigative reporter and New York Times bestselling author Sharyl Attkisson also commented on the change. She noted that it was only after COVID-19 jabs were introduced, “and it was discovered they do not necessarily ‘prevent disease’ or ‘provide immunity,’” that “the CDC altered the definition of vaccines again to say that they merely ‘produce protection.’”

Corroborating Attkisson’s claim that the COVID shots are failing to provide the immunity originally promised by their manufacturers is renowned cardiologist and chief medical adviser to the Truth for Health Foundation Dr. Peter McCullough, M.D.

In an interview with vaccine injury lawyer Robert F. Kennedy Jr., McCullough highlighted research conducted by the Oxford University Clinical Research Group and published August 10 in The Lancet which found that individuals “vaccinated” against COVID were carrying 251 times the viral load of those who had not received one of the experimental shots.

“This group had actually calculated viral load from oral and nasal secretions in the past. The viral load was 251 times that of the previous unvaccinated era where they had used the same methodology,” McCullough said. “They had previous workers and patients who had COVID-19 before any exposure to the vaccines. And now the vaccinated were carrying a massive viral load and passing it to one another.”

Accordingly, the physician noted that the “vaccinated” are more susceptible to the Delta variant of the virus and that the attending efficacy of the jabs is “far below the 50% regulatory standard to even have a vaccine on the market.”

“The vaccines are failing,” he added.

Though the CDC changed its definition of vaccination following reports of a demonstrable downturn in the effectiveness of mRNA-developed COVID shot technology, the organization has defended its decision, attempting to allay criticism that the definition is being redrawn to accommodate the failing shots.

A spokesman for the CDC told The Epoch Times that “[w]hile there have been slight changes in wording over time to the definition of ‘vaccine’ on CDC’s website, those haven’t impacted the overall definition.”

The spokesman said the CDC’s prior definition that vaccines provide immunity “could be interpreted to mean that vaccines are 100% effective, which has never been the case for any vaccine.” He added that “the current definition is more transparent, and also describes the ways in which vaccines can be administered.”

“It’s also important to note that the modifications to the definition of ‘vaccine’ don’t change the fact that vaccines and the act of vaccination have prevented millions of illnesses and saved countless lives,” the spokesman concluded, providing no evidence to substantiate the claim.

The CDC did not immediately respond to LifeSite’s request for additional comment.

Following the dip in efficacy of the Pfizer shot, almost universally administered in Israel, the country became the first nation to authorize a booster shot of the abortion-tainted jab for its citizens.

However, within a week of the booster shots being rolled out, at least 14 people had experienced a breakthrough infection of COVID-19. Now, national coronavirus commissioner Salman Zarka has announced his intention to deliver a fourth shot to Israelis, apparently to keep waves of the virus at bay.

“It seems that if we learn the lessons from the fourth wave, we must consider the [possibility of subsequent] waves with the new variants, such as the new one from South America,” Zarka said in August, according to the Times of Israel.

The COVID czar added that “thinking about this and the waning of the vaccines and the antibodies, it seems every few months — it could be once a year or five or six months — we’ll need another shot.”

“This is our life from now on, in waves,” he said.

Beside waning efficacy, the U.S. Vaccine Adverse Event Reporting System (VAERS) shows a substantial number of adverse effect reports following the reception of a COVID jab, with a total of 675,593 such reports, including 14,506 deaths.

Of these reports, use of the mRNA-based shots developed by both Pfizer and Moderna preceded 92 percent of all injuries and 93 percent of all deaths on the database.