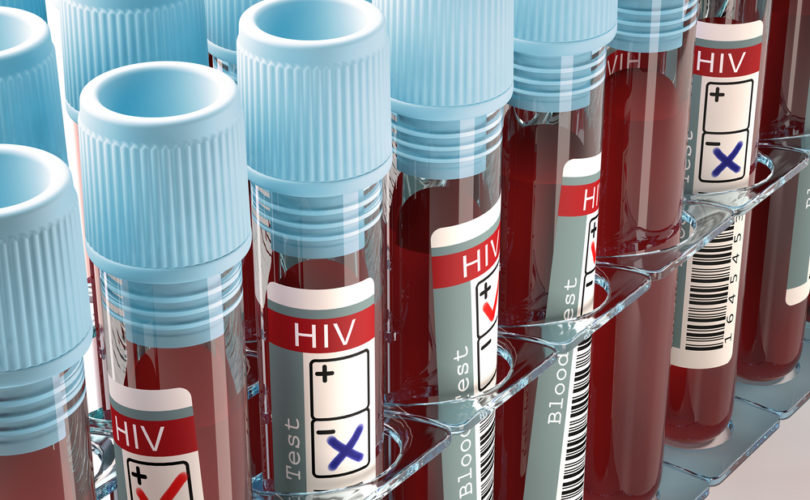 ATLANTA, May 23, 2016 (LifeSiteNews) — A new Centers for Disease Control (CDC) report says that societal “stigma” is at least partially responsible for the staggeringly high percentage of transgender men who have HIV/AIDS.

According to the CDC, more than one-in-four (28 percent) men who identify as women – “transgender women” – are infected with the HIV virus, the precursor to AIDS.

The report found that less than half of those infected report their HIV status.

“Individual behaviors alone do not account for the disparate HIV diagnoses among transgender people,” states the report. “Many cultural, socioeconomic, and health-related factors contribute to these diagnoses and prevention challenges in transgender communities.”

However, according to the CDC, other “factors that contribute to the high rates” are social “stigma” against being transgender, as well as “discrimination” and “lack of familial support.”

“Many transgender people face social rejection and marginalization that excludes them from participating and functioning in society,” says the report. “Lack of legal recognition of gender identity can result in the denial of educational, employment, and housing opportunities. Some transgender people who experience poverty rely on sex work to meet their basic survival needs.”

At least one expert questioned the CDC's focus on “stigma,” and the way the report appeared to downplay the actual physical causes of HIV infection.

“The CDC seems to be avoiding the obvious when they declare, ‘Individual behaviors alone do not account for the disparate HIV diagnoses among transgender people,’” Family Research Council Senior Fellow Peter Sprigg told LifeSiteNews. “Since HIV infection is a physical condition caused by a virus, which is not transmitted through casual contact, ‘individual behaviors’ are the only thing that can account for these high rates of infection.”

Sprigg also said Christians who warn people about risky behavior do not deserve blame when such behavior results in HIV infection. “It turns logic on its head to suggest that those of us who urge people to avoid these high-risk behaviors altogether are somehow responsible for the consequences of those behaviors, because our position creates ‘stigma,’ ‘discrimination,’ ‘social rejection,’ or ‘marginalization.’”

“I do agree with the CDC that ‘[t]here is a need for effective interventions that address the multiple co-occurring public health problems in transgender persons,’” Sprigg told LifeSiteNews.  “Chief among these problems, however, are the mental health issues that often precede or accompany ‘gender dysphoria.’”

“Treating these underlying issues would far more compassionate (and perhaps even do more to reduce HIV rates in this population) than offering hormones, surgery, or ‘transition’ to an objectively false ‘gender identity,’” he concluded.

The Obama administration has made promoting transgender issues a priority in the past month, with the appointment of a transgender activist to a faith advisory council, as well as the release of new guidance telling schools to implement a variety of measures aimed at transgender students.