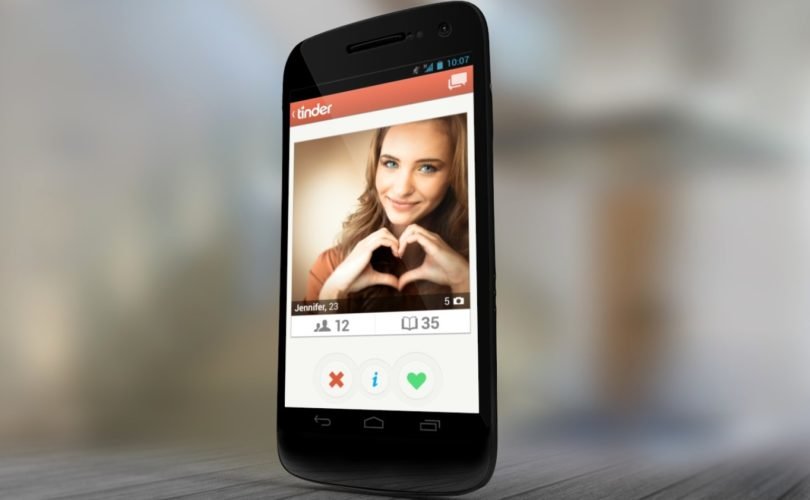 Online sites and mobile apps like Tinder are making it easier for people to have 'casual' sex with anonymous partners.

Perhaps the most shocking statistic in the CDC report is that primary and secondary syphilis cases have increased over 15 percent, and congenital syphilis has increased a full 27.5 percent.

Online sites and mobile apps make it easier for people to have “casual” sex with anonymous partners. CDC spokeswoman Donnica Smalls admitted, “Having anonymous partners may increase someone's risk of acquiring an STD.”

“The latest data only reinforce what pro-family groups have been saying for decades – the only 'safe sex' is sex that is saved for a monogamous, sexually exclusive lifelong marriage,” Peter Sprigg, senior fellow for policy studies at the Family Research Council, told LifeSiteNews.

The CDC estimates that undiagnosed STDs cause more than 20,000 women to become infertile each year.

Reported cases of chlamydia and gonorrhea continue to be highest among young people aged 15-24, while syphilis infections among homosexual men has seen such a massive increase that the government report calls the gay syphilis statistics “troubling.”

The government report admits, “While anyone can become infected with an STD, young people and gay and bisexual men, are at greatest risk.”

And the situation may be worse than even the CDC report indicates. Many cases of chlamydia, gonorrhea, and syphilis go undiagnosed, and human papillomavirus, herpes simplex virus, and trichomoniasis are not routinely reported to the government.

The CDC collected data from public and private sources, because most STD cases are reported in non-STD clinic settings, such as private doctors' offices.

Valerie Huber, president of Ascend, commented to LifeSiteNews, “The CDC notes that STDs are at their highest rate ever. Are we surprised? Ninety-five percent of all federally funded sex education sends the message that teen sex is okay, as long as they don't get pregnant.” Ascend is the new name for the National Abstinence Education Association.

“A recent Barna survey of teens show that 4 in 10 think this kind of sex education makes sex seem like an expectation,” Huber explained.  “So the emphasis is on avoiding pregnancy, not avoiding sex.  But most contraceptives offer no protection against the spread of STDs.

“The number of sexual partners among teens is also up. Fewer teens are having sex, but those who are are doing so with great personal consequence to themselves and to their futures,” Huber added.

Not surprisingly, Planned Parenthood blames the STD increase on abstinence-based education. Leslie Kantor, vice president of education stated, “The majority of young people in this country are not getting the evidence-based sex education they deserve.”

Online blog Mic concluded, “Why, exactly, are STI rates climbing? It's likely due to a confluence of different factors, such as harmful myths that dissuade condom use and the widespread prevalence of abstinence-only sex education in the U.S., which does not provide accurate information about STI prevention.”

Kantor told Mic, “We need to make sure that people know about the importance of testing and de-stigmatizing testing[.] … We have to turn it around to make it something to be proud of instead of something to be ashamed of.”

“The CDC report only accentuates the need for this policy correction,” Huber concluded.  “We urge Congress to make these provisions a part of the upcoming Omnibus spending bill.”