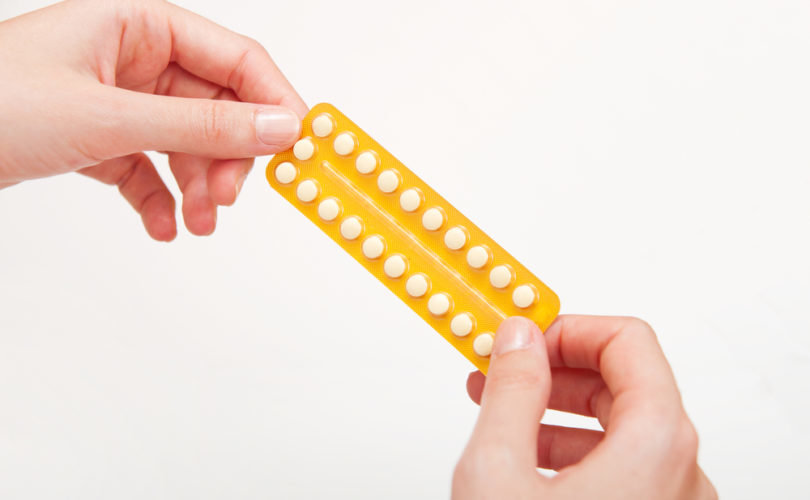 A new study from the Centers for Disease Control and Prevention found that there may be a link between gestational diabetes and use of hormonal birth control.

The study, released Thursday, found that women who use hormonal contraceptives have a 40 percent greater chance of getting gestational diabetes than their peers.

The study was based on data collected in 2007 and 2008 by the Missouri Department of Health and Senior Services in the Pregnancy Risk Assessment Monitoring System (PRAMS) survey. The survey was “administered in 40 states and in New York City and represents approximately 78% of all US live births,” according to the report, though results for this study were taken from the 2,741 responses by women in Missouri.

The CDC says that gestational diabetes is usually found “in weeks 24 to 28 of pregnancy.” Women with no history of diabetes can find themselves suffering from gestational diabetes, “which can cause complications at birth and potentially force the mother to have a [C-section birth],” according to the CDC. Side effects can affect both mother and child, including jaundice in the baby and “an increased risk for Type 2 diabetes in … mother and child later in life.”

The report says that while gestational diabetes is thought to affect between one in 50 and one in 10 pregnancies, “US prevalence has increased since the late 1980s and has more than doubled since 1990.”

“More research is needed to verify contraception as a potential risk factor” for gestational diabetes, the report said.

A doctor interviewed by CBS News said that the study had several limitations. Cleveland Clinic obstetrician Dr. Sharon Sutherland said there are potential wording problems, that it’s unclear whether women had been on birth control when they got pregnant, and there is a risk of “recall bias” because women answered the PRAMS survey several months after giving birth.

Another weakness the study authors acknowledge was how the survey was sent to “a sample of women who delivered live babies in Missouri, and data are not generalizable to pregnant women with other outcomes or in different states.”

The results of the study, however, are in line with the growing body of evidence indicating risks that come with various forms of contraception, including blood clots, heart disease, possibly glaucoma, and even death.