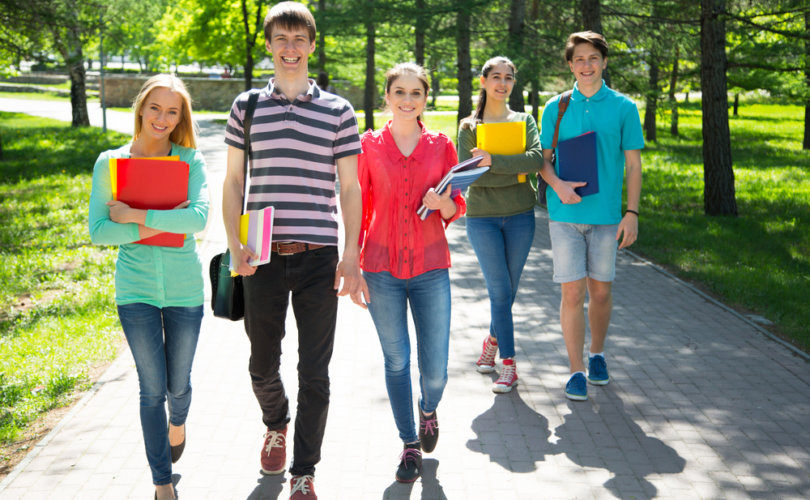 WASHINGTON, D.C., January 5, 2018 (LifeSiteNews) — “Fewer students are having sexual intercourse during the earlier years of high school,” according to a new study released Thursday by the Centers for Disease Control and Prevention (CDC).

About 41 percent of ninth to 12th grade students now admit to having had sexual intercourse, down from 47 percent in 2005 and a steep decline from 53 percent in 1995. The downward trend is especially prevalent among ninth and 10th graders, the CDC study found. Significantly less sexual experience was even greater among both black and hispanic minorities.

“Nationwide, the proportion of high school students who had ever had sexual intercourse decreased significantly overall and among ninth and 10th grade students, non-Hispanic black (black) students in all grades, and Hispanic students in three grades,” the report concluded.

The government called the drop a “positive change,” but only for secular reasons. “Early initiation of sexual activity is associated with having more sexual partners, not using condoms, sexually transmitted infection (STI), and pregnancy during adolescence,” the report explained.

The report also did not state the reason for the decline in sexual activity among teens. The government simply concluded, “More work is needed to understand the reasons for these decreases,” and “more research is necessary to understand the contributing factors” in order “to ensure that they continue.”

Despite the survey period showing dramatic decline in sexual intercourse when the U.S. was supporting and increasing funding for abstinence-based education, the CDC said, “These findings cannot be connected directly to any specific intervention.” As a result, both sides of the sex-ed debate are drawing their own conclusions.

Two different presidential administrations served during this period of dramatic decline in teen sex. The George W. Bush administration was supportive of abstinence-only programs, and the Obama administration worked against abstinence ed to specifically defund such programs.

Dr. Rebecca Oas of the Center for Family and Human Rights says CDC figures show “abstinence education is a reason why teen pregnancy has fallen to historically low rates.” She cited last year’s National Bureau of Economic Research findings on the impact of condom-distribution programs finding higher pregnancy rates when students were given condoms in the absence of counseling.

The Planned Parenthood-founded Guttmacher Institute at first questioned the CDC report’s veracity. Guttmacher researcher Laura Lindberg noted the steepest drop occurred in the last two years of the surveys, from 2013 to 2015, and the most significant decline happened in 2015. “That raises questions of survey value,” she said.

Noting that despite the drop in teen sex that still more than half of high school graduates do have intercourse, Lindberg told The Washington Post the government needs to “support healthy choices,” meaning condom-based sex-ed in schools.

The teen pregnancy prevention programs noted by the new CDC report were “evidence-based,” meaning it showed the program had a positive impact on pregnancy prevention. But at least one government review protocol acknowledged among studies that “measure program impacts,” most of them “use self reported measures.”

Of 44 programs, only three were abstinence-based, and 25 featured “condom demonstrations.”

No explanation was given why the government officially considers “the consequences of adolescent sexual activity remain a troubling issue in the U.S.” yet funds school programs by organizations that encourage teen sexual activity.

The new CDC report acknowledged two limitations: that its surveys only included school-attending students, and “the extent of underreporting or overreporting of behaviors cannot be determined.” But there may be other limitations to the sexual experience study.

National Youth Risk Behavior Surveys cited in the CDC report differ from another major survey conducted through homes rather than schools, which found no significant drop in sexual intercourse among teens.

The study is available here.