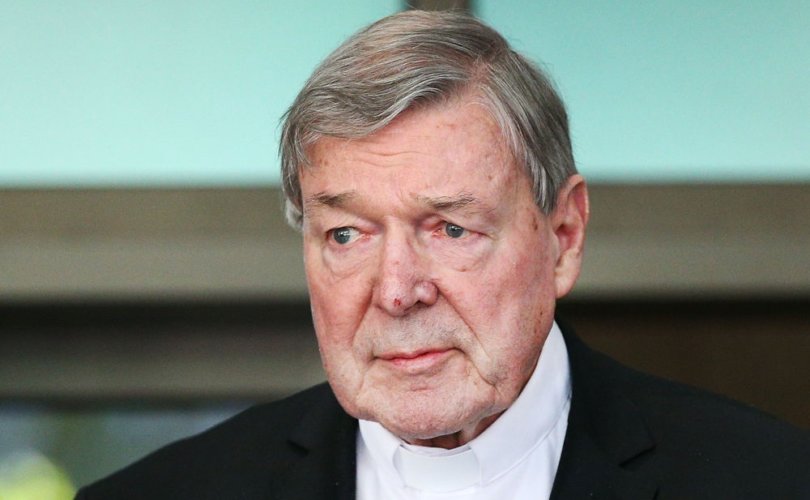 (LifeSiteNews) — Australian Cardinal George Pell condemned the German Synodal Way in an opinion piece in the National Catholic Register on Wednesday, saying that it began “disastrously” and allows for “serious heresies.”

In the piece, Pell reflected on the Second Vatican Council’s document Gaudium et Spes, arguing that the Synodal Way in Germany misrepresents the document’s call to “discern the signs of the time.”

“Engagement with modernity is a start, but the signs are often evil, not evidence of God’s providence,” wrote Pell.

“The synodal process has begun disastrously in Germany, and matters will become worse unless we soon have effective papal corrections on, for instance, Christian sexual morality, women priests, etc.,” added the cardinal, referring to the fact that during the fourth assembly of the synod, the majority of the German bishops voted in favor of documents that aim to change Church teaching on homosexuality and women’s ordination.

Continuing, Pell wrote: “To allow serious heresies to continue undisturbed is undermining and damaging the unity of the One, True Church, and again, is not consistent with Gaudium et Spes’ call for engagement with the modern world in ‘the light of the Gospel,’ but contrary to it.”

“Every synod has to be a Catholic synod, bound by the apostolic Tradition, just as Councils are so bound,” he stressed, adding that “there can be no pluralism of important doctrines of faith or morals. Our unity is not like that of a loose Anglican federation or that of the many national Orthodox Churches.”

“Some faithful German Catholics are already talking, not of the synodal way but the suicidal way. We must work and pray they are wrong, that no such disaster occurs anywhere in the Church in the modern world.”

In the essay, Pell also appeared to be quite critical of the “Synod on Synodality” more broadly, taking particular issue with the frequency of the synods and who is allowed to participate in them.

The cardinal explained that just as ecumenical councils “have not been held too frequently,” neither “should synods become too frequent, become a competitor with prayer, worship and service.”

“We find no precedents in Catholic history for the active participation of ex-Catholics and anti-Catholics in such bodies,” Pell wrote, referring to the preparatory documents of the Synod on Synodality which states that views of former Catholics and non-Catholics should be considered in the synodal process as well.

“Only the Council Fathers, almost entirely bishops, could vote at Vatican II, and the observers were all Christians,” added the cardinal. “Pope St. Paul VI respected the authority and independence of the Council Fathers, intervening rarely as they laboriously produced their documents, established consensus, while remaining fully respectful of the magisterium and Tradition.”

While complimenting Paul VI and the Council Fathers, Pell did acknowledge that the Church has been in crisis since the Second Vatican Council: “Despite all this care and scholarship, and largely for reasons outside Church control, the post-conciliar story has not been one of glorious success.”