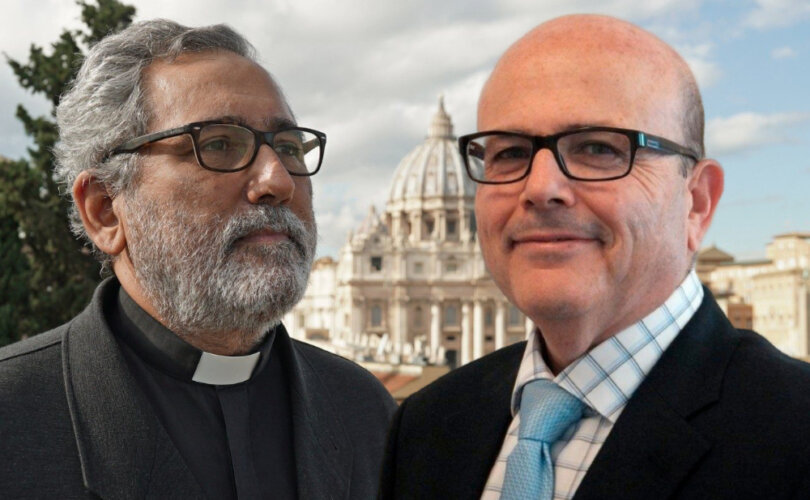 VATICAN CITY (LifeSiteNews) — The current prefect for the Vatican’s Secretariat for the Economy – Cardinal George Pell’s successor – has announced his imminent retirement due to “personal reasons,” and will be replaced by his deputy.

In its November 30 daily bulletin, the Holy See Press Office announced that Pope Francis has accepted the resignation of Father Juan Antonio Guerrero Alves S.J. as prefect of the Vatican’s Secretariat for the Economy.

Fr. Guerrero’s resignation was reportedly for “personal reasons” and takes effect as of December 1, 2022.

Expanding on this, Guerrero told colleagues in the Secretariat that an unspecified surgical procedure he underwent earlier in the year, along with ongoing “medical treatment that has side effects…make it particularly difficult for me to carry out a task as demanding as the one I am entrusted with, and that requires a greater physical efficiency and mental concentration than what I have at this time.”

In the Holy See’s statement, Francis was cited as “warmly” thanking Guerrero “for the dedication shown in his service to the Holy See.”

“Fr. Guerrero was able to put the economy in order, it was a strong and demanding work which bore much fruit,” continued the statement. “The Holy Father assures him of His prayers.”

Succeeding Guerrero is Dr. Maximino Caballero Ledo, a layman and childhood friend of the Jesuit priest, who has served as Secretary General (second in command) in the Secretariat since August 2020.

Caballero was brought to the Vatican by Guerrero in 2020 and will now assume his friend’s former role overseeing the Vatican Dicastery’s finances.

Guerrero and the embattled Vatican finances

Guerrero was the first replacement of Cardinal George Pell as prefect of the Secretariat. Pell had been appointed by the pope in 2014 to lead the newly established Vatican office for a term of five years.

But in 2017 he voluntarily returned to his native Australia to face charges of sexual abuse, saying at the time: “I’m innocent of these charges. They are false. The whole idea of sexual abuse is abhorrent to me.”

The court deemed the cardinal to be guilty, and Pell spent thirteen months behind bars. He always denied the charges, however, which hinged on the uncorroborated testimony of one person, and in 2020 was unanimously acquitted by the Australian High Court.

Prior to Guerrero’s arrival, the position of prefect had been officially vacant since Pell’s departure upon his term of office expiring in early 2019.

Guerrero, 63, had held a variety of offices before coming to Rome in 2017 to serve as Delegate of the Superior General for interprovincial houses and works in Rome, as well as General Councillor of the Jesuits.

In November 2019, he was appointed Prefect of the Secretariat for the Economy by Francis. At the time, Jesuit-run America Magazine reported that Guerrero was a surprise choice and a personal pick of Francis, despite the two only having met in 2017.

America’s unnamed “source” further stated that Francis had appointed Guerrero for the purpose of “transparency” and upholding “international standards” in the Vatican’s finances.

Under Guerrero’s oversight, the Secretariat for the Economy recently implemented a new financial policy for the Holy See, mandating among other things, that investments must align with the Church’s social and moral doctrine.

Such a policy appeared to be in direct response to the Vatican’s previous, immoral financial activity. In 2021 former auditor general of the Vatican – Libero Milone – revealed that the Vatican’s treasury had been investing for 20 years in pharmaceutical companies producing the abortifacient morning-after pill.

It was also during Guerrero’s time as prefect that the pope finally stripped the Secretariat of State of its control over its own accounts, meaning that the Secretariat for the Economy holds oversight into the financial activities of all the Vatican Dicasteries.

The Vatican’s finances have been plagued with scandal for decades, and Pell’s attempted reforms are widely believed to have faced strong opposition, notably from former number two in the Secretariat of State, Cardinal Angelo Becciu, opposition which has even been linked to the allegations of sexual abuse made against Pell.

Milone also faced opposition from Becciu. Appointed by Francis to his position of auditor general, Milone was forced to resign in 2017 — along with his deputy Ferruccio Panicco — after Becciu accused them of spying on him.

Milone is currently suing the Holy See, arguing that he and Pannicco were unlawfully fired after Becciu unjustly accused them of spying and embezzlement in June of 2017, accusations which, they argue, stemmed from their audit which uncovered widespread corruption within the hierarchy of the Holy See.

Meanwhile, Becciu is currently standing trial alongside nine other people connected to the financial scandal surrounding a Vatican property investment in London which he authorized. The cardinal “personally authorized” transactions and allegedly kept them off official Vatican ledgers in order not to draw the attention of Pell, then-Prefect of the Secretariat for the Economy.