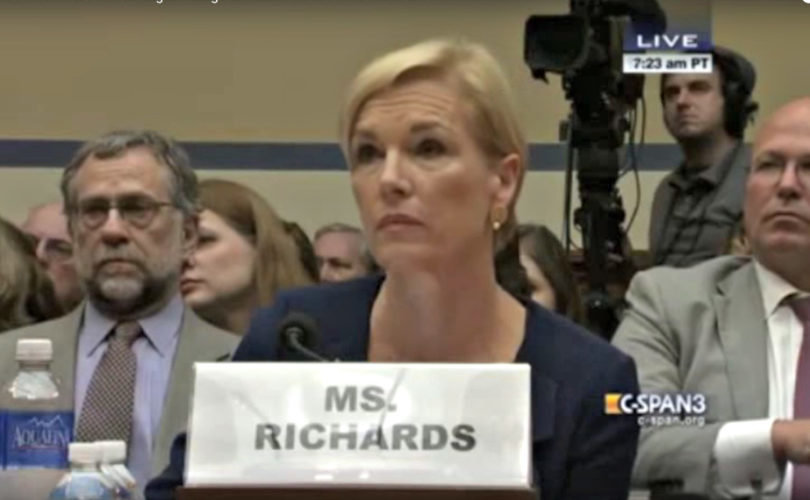 “We do not have mammogram machines at our health centers and we’ve never stated that we did,” Richards told Rep. Mia Love, R-UT, last week. Instead, if a woman needs a mammogram after a breast exam at a Planned Parenthood clinic, “you're referred to a radiological clinic.”

The claim is contrary to the one made by Richards in 2011, when she told Joy Behar that if a bill to defund Planned Parenthood “ever becomes law, millions of women in this country are going to lose their health care access, not to abortion services, to basic family planning – you know, mammograms, cancer screenings, cervical cancer.”

Richards “flat out lied when she claimed to have never said Planned Parenthood provided mammograms,” said Rep. Diane Black, R-TN, in a statement after Richards' hearing.

“Ultimately, today’s hearing further confirmed my belief that Planned Parenthood has skirted the law and should not be funded by hardworking taxpayers,” said the Congresswoman.

Likewise, Students for Life of America's Kristan Hawkins said that America “should be ashamed that their elected leaders lack the courage and fortitude to even put up a fight against forcing taxpayers to fork over half a billion a year to an organization whose CEO admits that she has lied in the past about conducting mammograms…”

“I was pleased to hear Cecile Richards set the record straight today that Planned Parenthood does not provide mammograms for women, despite the fact that she has claimed this in years past,” said Abby Johnson, President of And Then There Were None (ATTWN).

At the time Richards made her 2011 statement, Blogger Jill Stanek noted that Richards appeared careful to use the word “access” – giving her the opportunity to say that Planned Parenthood does refer for mammograms.

However, said Stanek, “I guarantee no one understood her to say anything other than PP performs mammograms, when actually all PP does is merely write down the name of a place to go for mammograms.”