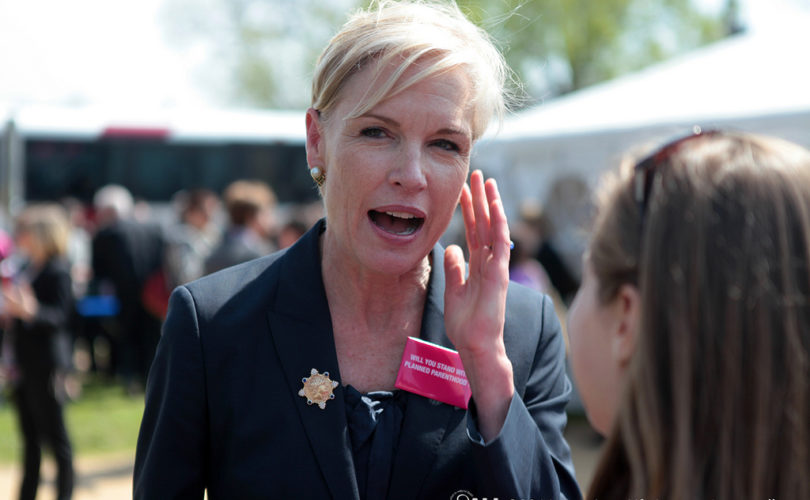 BATON ROUGE, July 8, 2016 (LifeSiteNews) – Cecile Richards, the CEO of Planned Parenthood, responded to a racially charged shooting with a tweet that implies that black people need more access to abortion and contraception.

In a tweet about the shooting of Alton Sterling in Baton Rouge by two police officers, Richards tweeted that “people of color” (abbreviated “POC”) need “repro[ductive] justice”:

I stand with the people of #BatonRogue in calling for justice for #AltonSterling. We must work to ensure #POC are safe & have #ReproJustice

When asked to define “reproductive justice” in an interview with The Texas Observer, Richards replied that “full reproductive autonomy is more than having a constitutional right” but involves “better access to birth control, and in some places better access to abortion services,” which have “been unevenly distributed” based on ability to pay.

The concept is elaborated upon at length in a document titled “Reproductive Justice in a Just Society,” released in 2006 by the Planned Parenthood of New York City Religious Leaders Task Force.

“Reproductive justice entails sex education…It also requires birth control that is affordable, with legal and therefore safe abortion available to all,” it says.

The statement concludes, “We cannot separate the struggle for real sex education and access to affordable birth control and abortion from efforts to divide up the great resources of our world more equitably; protect our environment; educate all of our children to help them become mature and responsible adults; structure our economy to generate jobs that pay a living wage; and make housing, health and childcare available and affordable.”

The statement refers to “our predecessors, who supported Margaret Sanger’s initial attempt to legalize birth control in the 1930s.”

Sanger, the founder of Planned Parenthood, was a dedicated eugenicist who wished to set population limits for ethnic groups she considered backward or unfit.

In a 1923 essay published in The Thinker, Sanger wrote that birth control should lead to the “cultivation of the better elements in our society, and the gradual suppression, elimination and eventual extinction, of defective stocks–those human weeds which threaten the blooming of the finest flowers of American civilization.”

Contraception, she wrote, is a “powerful weapon against national and racial decadence.'

In further essays, she wrote, “Birth control is nothing more or less than the facilitation of the process of weeding out the unfit, of preventing the birth of defectives or of those who will become defective,” thus creating “a cleaner race.”