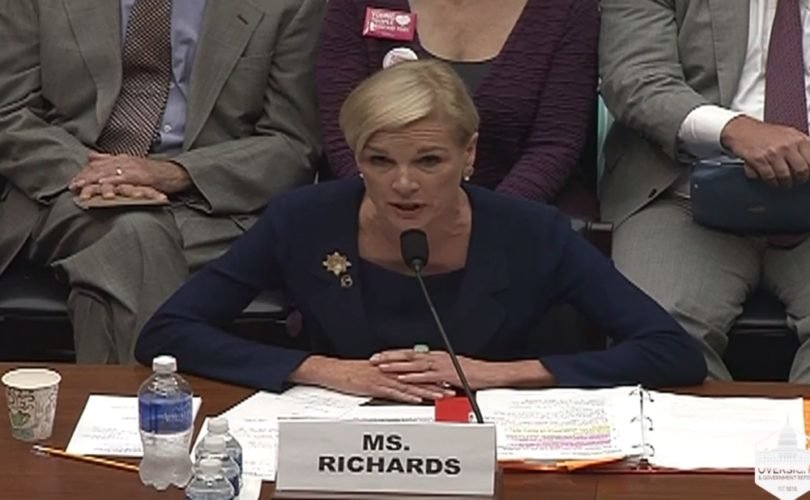 Pro-life investigators David Daleiden and Sandra Merritt secretly recorded meetings and conventions of the abortion industry to obtain information about possible criminal activity in the sale of aborted human body parts for profit. The Center for Medical Progress released some of the undercover footage. It showed Planned Parenthood officials eager to make profits off the sale of baby parts, talking about the illegal modifying of abortion procedures to obtain “intact” babies for sale, and the delay of procedures to obtain “fresh” specimens to pay for luxury cars for Planned Parenthood staff.

The shocking videos not only exposed Planned Parenthood's trafficking in aborted babies illegally for profit but caught Planned Parenthood officials making statements such as abortionist Dr. Lisa Harris telling her approving colleagues that “killing” is “the most important thing I could do with my life,” and abortion business owner Renee Chelian saying that burning aborted babies' bodies to generate electricity is “a great idea.”

A firestorm of controversy erupted across the nation, and Congress began hearings in an attempt to defund the abortion giant.

In those hearings, Richards told Congress that Planned Parenthood does not make any money whatsoever from human tissue “donations,” even though her own staff was caught on video negotiating the price of baby parts so that the staff person could get a luxury car. “I want a Lamborghini,” the Planned Parenthood official said.

Richards also claimed that the Center for Medical Progress edited the videos, even though the shocking admissions were intact and unaffected by any editing for time.

But privately, Richards admitted to Podesta that “the tapes do hurt” Planned Parenthood's reputation deeply.

“Richards' use of deceptive tactics in politics is just a continuation of the culture of deception that characterizes her organization,” Cheryl Sullenger of Operation Rescue told LifeSiteNews. “She and Planned Parenthood make a lot of money by claiming abortions are safe (they're not), women need their services (they don't), and that they never sold baby body parts for profit (they did).”

“When it comes to deception,” Sullenger added, “Hillary Clinton and Cecile Richards are birds of a feather.”

In another WikiLeaks email revelation, Planned Parenthood canceled a visit from Hillary Clinton the day before Cecile Richards testified before Congress because Richards wanted to portray the group as apolitical.

Clinton campaign director of scheduling Alex Hornbrook wrote, “Cecile is testifying before Congress on Tuesday and will be highlighting how their health work is not related to their political activity,” and therefore, Planned Parenthood officials “do not feel like this is the right time for this event.”

In another leaked email, Podesta tells Richards she is “up to her a– in alligators” over the CMP videos.