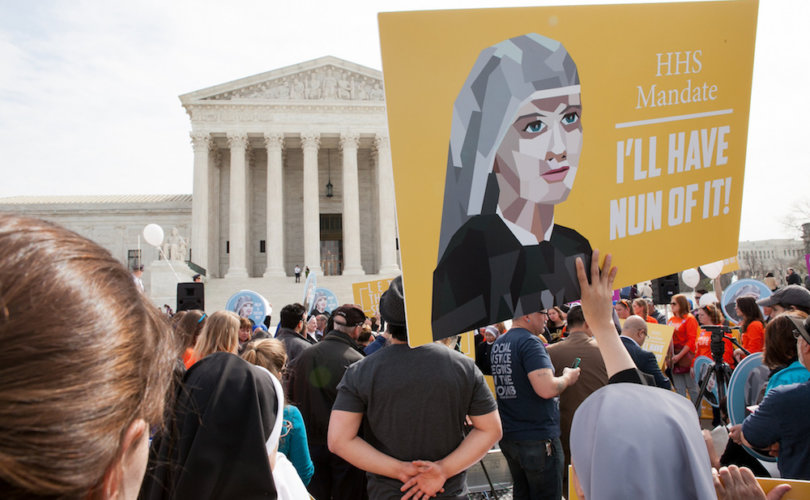 DALLAS, Texas, April 13, 2016 (LifeSiteNews) – The head of Planned Parenthood said the basis for the Catholic nuns’ and others’ legal argument against the Obama Administration’s forcing them to fund birth control for employees in violation of their religious beliefs is phony.

Speaking at an April 4 fundraiser for the abortion behemoth’s Greater Texas Chapter, Planned Parenthood President Cecile Richards accused those fighting the HHS contraception mandate of hypocrisy and blocking their workers from birth control.

“The hypocrisy of these cases is profound,” Richards stated, according to the Dallas/Fort Worth Healthcare Daily. “It’s incredible to me that any employer in the 21st century would deny their employees access to birth control.”

The head of the abortion giant was referencing the Zubik v. Burwell case pending before the Supreme Court, combining seven lawsuits from 37 organizations, including the Little Sisters of the Poor, in a challenge to the HHS Mandate requiring employers to providing female employees with contraceptives, sterilization and abortifacients with no co-pay.

Attorney Paul Clement, representing the group of religiously-affiliated organizations fighting the mandate and its opt-out provisions, said in oral arguments before the high court late last month, “They are going to hijack our health plans and provide the coverage against our will.” The term “hijack” resonated with some justices and it became a major theme at the hearing.

In her address at the luncheon that raised a record $850,000 for the Texas chapter of the nation’s largest abortion business, Richards also lauded Barack Obama and his healthcare takeover, stating it was “exciting to see that birth control is now considered part of preventive medicine.”