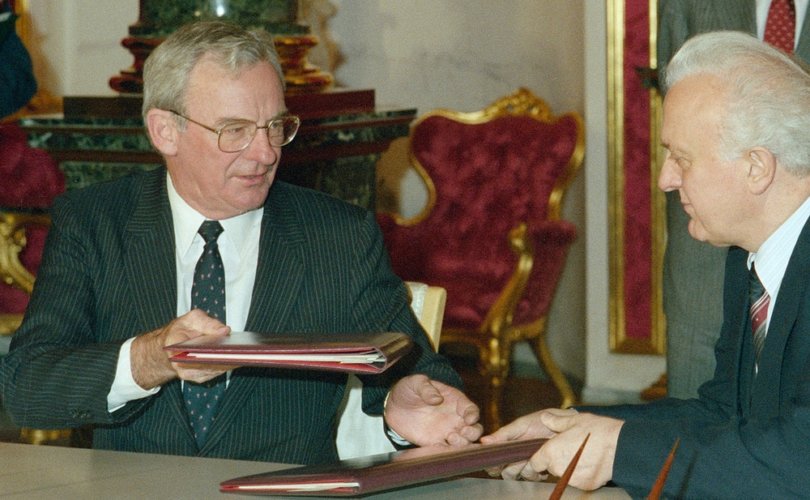 BRISBANE, Australia, September 19, 2018 (LifeSiteNews) – A famous Australian politician who made no secret of his atheism has converted to Christianity.

He told the Catholic Leader that he hoped his faith would inspire those saddened by the current crisis in the Church.

This took too long, and now I am going to be devoted,” Hayden said. “From this day forward I’m going to vouch for God,”

Hayden, 85, was the leader of the Australian Labor Party from 1977 to 1983 and served as a cabinet minister in subsequent Labor governments. The Minister for Foreign Affairs and Trade from 1983 to 1988, he left parliament to become the Queen’s representative in Australia, the Governor General. He served in this post for seven years.

“There’s been a gnawing pain in my heart and soul about what is the meaning of life. What’s my role in it?” he told the Catholic Leader.

“I can no longer accept that human existence is self-sufficient and isolated.”

Although inspired by memories of his devout Catholic mother and the Ursuline order of sisters that taught him as a child, Hayden said that the catalyst to his conversion was a Sister of Mercy. Ninety-three-year-old Sister Angela Mary Doyle also attended his baptism.

“I have always felt embraced and loved by her Christian example,” Hayden said.

In a letter to friends, Hayden wrote of a visit he and his family had paid to the retired hospital administrator.

“Dallas [my wife], our daughter Ingrid and I recently visited Sister Angela Mary in the Mater Hospital where she was a patient,” he stated.

“The next morning I woke with the strong sense that I had been in the presence of a holy woman,” he continued.

“So after dwelling on these things I found my way back to the core of those beliefs – the Church.”

It may seem like a very strange time to want to become a Catholic, but Hayden stated that the abuse scandals in the Church are caused by “human agents.”

“The problems are caused by human agents of the Church, but we shouldn’t let our faith be undermined by the action of agents who aren’t quite as good as they should be,” he said.

The Australian reported that Hayden said it was “witnessing so many selfless acts of compassion by Christians over his lifetime, and deep contemplation while recovering from a stroke, that prompted his decision.

He told the Catholic Leader that his new faith is not about rules but love.

“It is about love for your fellow humans, forgiveness, compassion and helpful support,” Hayden said.

“These characteristics are founded on the teachings of Christ and driven by faith in an external power – the Christian God whose limitations are beyond what humans could attain,” he added.