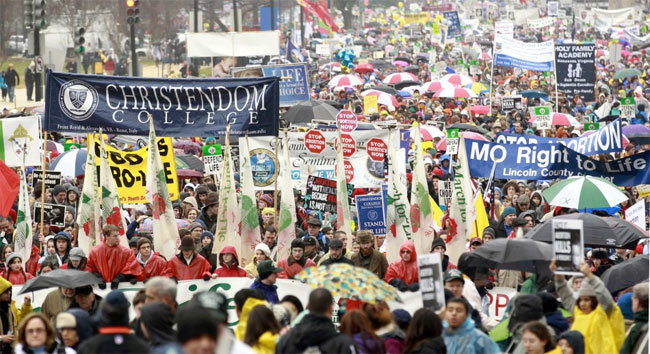 (LifeSiteNews) – Throughout our 25 years of existence, LifeSiteNews has consistently provided coverage of the American, Canadian, and international Marches for Life – telling the stories of the pro-life movement that no one else will. Too often, the efforts of ordinary people around the world to fight or protest against abortion are ignored, misrepresented, or lied about by left-wing “mainstream” media sources.

At seemingly every pro-life event our journalists report on, we meet readers who express their profound gratitude for LifeSiteNews and our truthful, hard-hitting reports. Often these readers inform us that our coverage provides them hope and comfort as they realize they are not alone in their convictions. And these readers, inspired by LifeSiteNews, often go on to launch their own pro-life initiatives or become active in their communities. Additionally, over the years LifeSiteNews has been blessed by an army of readers sending us important news tips and keeping us informed of other international events.

The pro-life movement has faced many challenges and ups and downs over the years. And LifeSiteNews has been on frontlines of reporting on it.

For example, in 2000, the Canadian March for Life couldn’t find a single sitting Catholic bishop to say Mass for its marchers yet the Canadian Conference of Catholic Bishops was funding a radical feminist, pro-abortion “March of Women” to the tune of over $100,000. In 2009, we covered the very beginning of Barack Obama’s presidency, when pro-life advocates could not have possibly imagined some of the forthcoming attacks on life and family.

Read selected reports about pro-life marches over the years below. Please note that a number of these do not contain a subhead under the headline depending on what year they were written:

The National March for Life – A First Hand Account (2005)