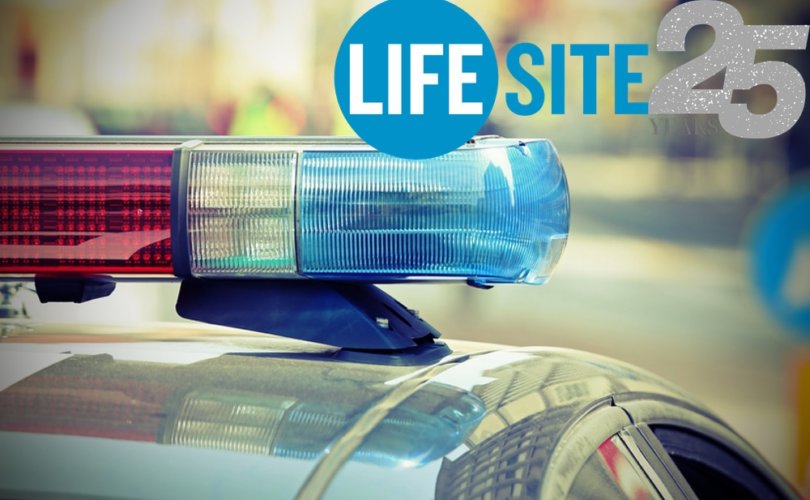 TORONTO (LifeSiteNews) – On October 5, 1999, police arrested three journalists who were reporting on what a fellow media member characterized as a “controversial story of intense public interest.” Police seized video and still camera film from the press, and criminally charged them.

“Are we in East Timor? Pakistan? China? No, all this took place on an otherwise ho-hum Friday morning right here in Toronto the Good,” Toronto Sun columnist Meed Ward wrote of the incident.

Pro-life activist Linda Gibbons had entered a no-protest zone outside the Scots abortuary in Toronto. Freelance journalist Sue Careless, LifeSite co-founder Steve Jalsevac, on assignment for LifeSite, and Gordon Truscott, who was writing a book on Linda’s life, were all handcuffed and taken into police custody despite repeatedly informing the officers that they were official media.

The charges of obstruction, which at the time were decried by the Canadian Church Press and the Periodical Writers Association of Canada concerned about freedom of the press, were ultimately dropped.

Jalsevac and Truscott were not warned and given opportunity to leave the zone as legally required by injunction procedures. Jalsevac emphatically told all officers that he would have left immediately if asked, although he questioned whether police had any right to do so since he and the other reporters were not violating the injunction prohibitions. They had been cautious about not interfering with the officers or the abortion center operations or participating in any pro-life actions.

The backstory of the arrest, Jalsevac revealed, was “the abortionist’s wife pointed us out as being pro-life people” even though “all we were doing was filming Linda Gibbons” – their job as members of the media.

The arresting officer just “did what the abortionist’s wife directed him to do,” said Jalsevac. “I was there as a genuine journalist.”

“The police were really in tight with the abortionist.”

Jalsevac laughed when recalling the arrest, noting that during his early days in the pro-life movement, he had a few brushes with the police. Steve’s wife, being used to him being unjustly arrested, responded lightly to his phone call as she prepared lunch for their eight small children.

“I called my wife and said, ‘dear, I’m sorry, I’m in jail right now and they took my camera.’ And she said, ‘is the camera alright?'”

Jalsevac and Truscott’s obstruction charges were dropped on June 21, 2000, after eight months, a total of 10 court appearances, and several thousand dollars in legal costs. Toronto’s 51 Division didn’t return the videotape and photographs they seized from the journalists until two weeks before the charges were dropped.

And after nine and a half months and 13 court appearances by Careless and/or her legal counsel, on July 27, 2000 the charges against her were dropped on the grounds that “there [was] no reasonable probability of conviction.”

Truscott and Jalsevac filed formal complaints against the arresting officers.

The investigation of the complaints against the officers was undertaken by a fellow officer in 51 Division. In a February 28, 2000 letter, the Superintendent of 51 Division, Donald Mantle, stated his agreement with the investigating officer’s conclusions and found that “there was no misconduct on the part of the subject officers.”

Both Jalsevac and Truscott separately appealed this decision, which they found to be ridiculous. The appeal was rejected.