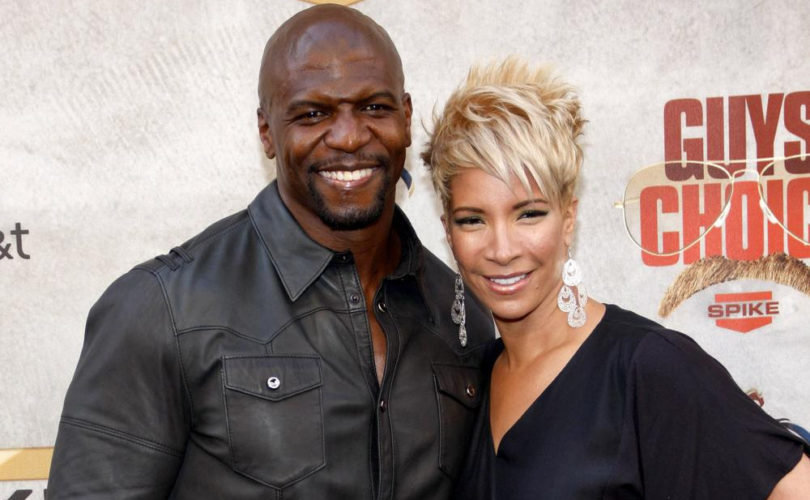 February 18, 2016 (LifeSiteNews) — NFL player-turned screen actor Terry Crews has used his Facebook page to air a five-minute statement about the longtime  addiction to pornography that all but wrecked his marriage and distorted all his relationships. The video has been viewed over 1.7 million times since he posted February 11.

“It changes the way you think about people,” he said during the monologue titled “Dirty Little Secret.” Speaking throughout from the driver’s seat of his car, the  veteran of several NFL teams between 1991 and 1997 and supporting actor in several movies and now the police procedural Brooklyn Nine-Nine, added, “People become objects to be used rather than people to be loved,” and admitted he had to go into “rehab” to deal with the problem.

After seven years in the NFL the onetime courtroom artist went on to an acting career on TV and in film, with his recurring role as the father on Everybody Hates Chris. A Christian himself from a devout family, he married gospel singer Rebecca King and has had four children with her, also raising her stepson from a previous relationship with the whole menage the subject of a briefly-aired reality TV show.

Crews has told his story before, but explains in this video that confession is not only good for the soul, it is a cornerstone of recovery from a wide range of substance and behavioural dependencies, which is the operational truth of the 12-Step movement started by Alcoholics Anonymous.

“By not telling someone [the addiction] becomes powerful. By telling someone it loses its power,” Crews urges. Another bedrock AA belief is that an addict who shares his “experience, strength and hope” with other addicts, helps himself and them recover. For six years now, he continued, “it became my battle” to share his addiction and recovery to encourage others to deal with their own pornography addiction.

He apologizes to those who look at pornography without compulsion and insists he isn’t judging anyone. He invites anyone with any viewpoint to respond but especially those who are addicted, because sharing helps deal with it.

The turning point for him, he indicates, was when his wife found out and said she was leaving. “My wife was like: ‘I don’t know you anymore…[She] could have decided: ‘I’m gone…That would have been it. That was her choice. She didn’t do it. She stayed with me. She knew I was repentant. She knew I was going to get help. She knew I was sorry.”

Crews does not explain the origins of his addiction on the new video but has previously said he turned to pornography at the age of 12 to escape the misery of his abusive family of origin, itself marred by addictions. “It medicated me,” he said, but also transformed him.