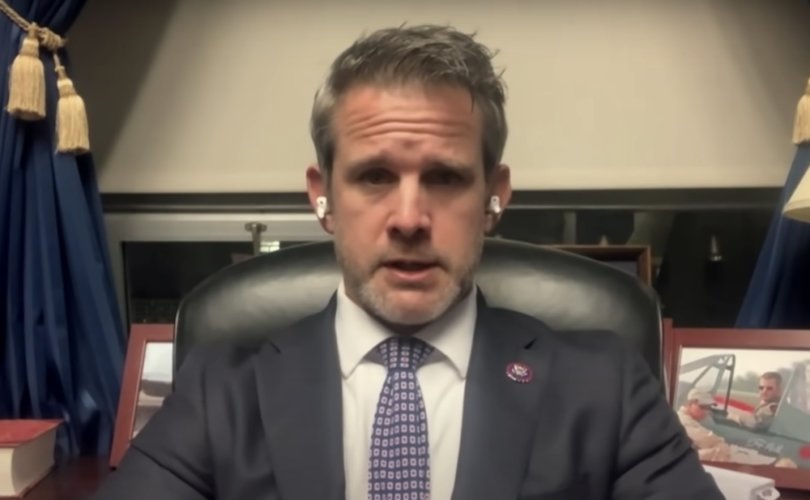 February 26, 2021 (LifeSiteNews) — Congressional Republicans who supported the impeachment of former President Donald Trump continue to take heat back home for their decision, with Reps. Adam Kinzinger of Illinois, Jaime Herrera Beutler of Washington, and Pat Toomey of Pennsylvania the latest to face censure resolutions from the GOP organizations in their districts.

Protesters broke into the U.S. Capitol building on January 6 after the “March to Save America” rally, where Trump said supporters would march “over to the Capitol building to peacefully and patriotically make your voices heard,” where “we’re going to cheer on our brave senators and congressmen-and-women” who were meeting to formally object to the certification of electoral votes from a handful of states.

Viral videos showed protesters engaging in physical altercations with police, pushing against security barricades, breaking through a window, trespassing in congressional offices, and climbing on walls, causing the vote certification to be suspended and lawmakers to be evacuated from the chambers. While many were let in by police and simply walked the halls after the initial breach, there were several deaths, including a protester shot by police, a protester trampled by other protesters, a police officer whose cause of death remains unknown, and others due to unspecified “medical emergencies.”

Marching on the Capitol was a pre-planned part of the rally, and the violence was started by people who either left Trump’s speech early or skipped it entirely, but House Democrats quickly moved to impeach Trump for supposedly “inciting” the violence.

The impeachment ultimately failed, but not before ten House Republicans and seven Senate Republicans voted with Democrats in favor of it, for which several are now paying a price.

The Will County Republican Party Central Committee voted in a “landslide” to censure Kinzinger over the weekend, The Patch reports, calling him “selfish and self-centered in the hope of helping him move into a bigger governmental office like the U.S. Senate.” The Columbian reports that the Clark County Republican Party voted by a “wide margin” to censure Herrera Beutler.

“She violated my trust and it broke my heart,” said longtime Herrera Beutler campaign volunteer Carolyn Crain. “And I will not be dragged off this street without a congressperson who will make sure that this deplorable, nondomestic terrorist has somebody in her corner.”

Earlier this month, the Wyoming Republican Party voted “overwhelmingly” to censure Rep. Liz Cheney for backing impeachment without a “formal hearing or due process,” while the Cass County Republican Party censured Rep. Fred Upton of Michigan.

LifeSiteNews previously covered a similar effort to censure Sen. Ben Sasse of Nebraska, although that effort failed Tuesday due to a lack of a quorum among members of the Douglas County Republican Party’s central committee.

Still up in the air is the Pennsylvania GOP’s pending censure of Sen. Pat Toomey. The Philadelphia Inquirer reports that a five-hour virtual meeting ended Wednesday without resolution, with word that the proceedings were plagued by technical issues but members otherwise remaining tight-lipped.

“I can talk about the outcome, and there was no outcome,” said committee member Joe DiSarro of Allegheny County. “We’re waiting to vote.” Party officials say it could be several more days before an initial vote is taken.