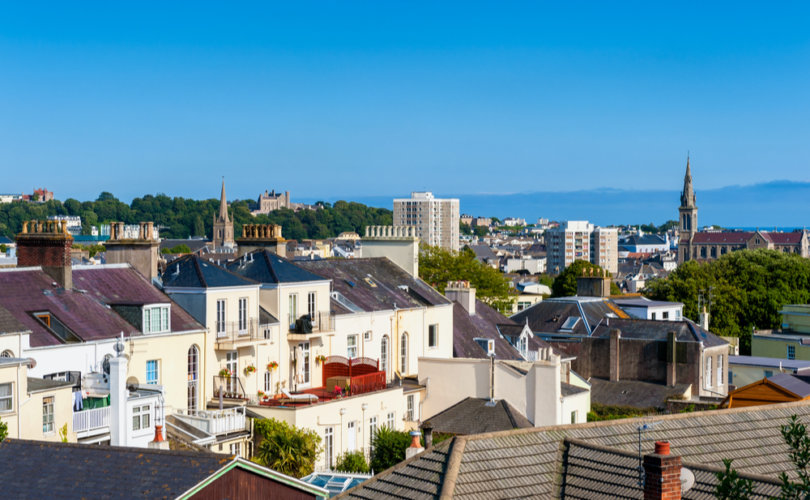 (LifeSiteNews) – Politicians on an island in the English Channel have voted to move forward with plans for legalizing euthanasia despite opposition from the island’s health minister, a group of medics, and the local Catholic bishop.

The States Assembly in the British Crown Dependency of Jersey voted in favor of the principle of legalizing assisted dying for people over 18 on November 25. The voting showed 36 in favor, 10 against, and 3 abstentions.

The draft proposal would open up an “assisted dying service” to adults over 18 who have the ability to make the decision; have a “voluntary, clear, settled and informed wish to end their own life”; and have been diagnosed with a “terminal illness, which is expected to result in unbearable suffering that cannot be alleviated and is reasonably expected to die within six months,” or have an “incurable physical condition, resulting in unbearable suffering that cannot be alleviated.”

Further details of any future law are now set to be debated next year, with a draft of the legislation expected in 2023.

The draft proposal approved by Jersey’s legislators called for both assisted suicide and voluntary euthanasia.

Before the vote took place, a group of 65 health professionals wrote to Jersey’s health minister in an attempt to prevent any legalisation of euthanasia, saying they were “concerned about the most vulnerable members of our society who may feel coerced into a decision they would not make if the law did not permit it.”

“It is very hard for clinicians to diagnose unbearable suffering or to predict time to death accurately for many conditions,” the letter adds.

The medics called the proposal a “seismic change” and warned that they “will not participate should this be passed.”

Jersey’s Minister for Health and Social Services, Deputy Richard Renouf, spoke against the measures during the debate, saying that “safeguards can be built up and to the best of our ability, but none of them can be truly effective.”

“None of them would truly protect patients who are going to become vulnerable if assisted dying were to be introduced,” he stated.

Jersey, which is self-governed independent of the United Kingdom, formed a citizens’ jury in spring 2021, comprising 23 members, whose task was to assess whether assisted suicide should be permitted there. A summary of the jury’s findings over 10 meetings from March through May, was included in the draft proposals, which stated that “78%” of the jury supported the proposed measures.

The 23-member panel was actually formed by Renouf himself, in response to a 2018 petition signed by 1,861 people, calling on the States Assembly to change the law to permit euthanasia.

Pro-euthanasia group Dignity in Dying told the BBC that “73% of Jersey citizens [polled] support terminally ill and mentally competent adults having the choice.”

Such support was echoed by Humanists UK, who welcomed the result of the vote as evidence that “there is a will in Jersey to afford freedom of choice to those with terminal illness or who are incurably suffering.”

A long-standing vocal opponent of such measures is the local Catholic bishop Philip Egan of Portsmouth diocese, who in the run-up to the debate called for prayers “that the inestimable value of human life will be upheld, together with quality palliative care.”

Speaking after the vote, Egan said that “it demonstrates a woeful lack of interest in protecting the most vulnerable people in our society. If passed, it would also change fundamentally the role of doctors and medical staff.”

The Catholic Church is clear that we can never assist in taking the life of another, even if they request it. Killing people and committing suicide is against God’s law. All human life is a gift to be safeguarded from conception until natural death, and we reiterate our call for continuing investment in high quality palliative care, in order to preserve the dignity of some of our most vulnerable, at such difficult moments in their lives.

Very disappointing news from Jersey. But the fight is not over. Let’s redouble our prayers and our efforts to stand up for the dignity and value of human life, to support our doctors and to improve palliative care. pic.twitter.com/PYgFkhCOnO

Dr. Rachel Ruddy, a clinical psychiatrist and a co-ordinator of the newly formed Our Duty of Care Jersey (ODCJ), told the Jersey Evening Post that the “appalling decision by the States Assembly sends a terrible message to those suffering from suicidal ideation, especially due to depression brought [on] by illness or impairment. If introduced, euthanasia and assisted suicide would enable the abuse of the most vulnerable people, who most deserve the protection of our legislators, and who have been failed by them today.”

— Article continues below Petition —
HELP AUSTRALIANS restore their freedom by protesting outside the Australian High Commission - Dec. 4th - UK
Show Petition Text
1871 have signed the petition.
Let's get to 2500!
Thank you for signing this petition!
Add your signature:
Show Petition Text

ODCJ noted that where euthanasia has been introduced elsewhere in the world, “the safeguards have not been enough. The scope of those who are eligible has increased, proper paperwork has been lacking, people have been coerced into the decision, and the law has extended to include those without capacity.”

The proposals were further likened to “a minefield of harm,” and described as “flawed and dangerous,” by Care for Life Jersey.

Meanwhile, the U.K. is also facing a bid to legalize euthanasia – the third attempt in the last 10 years – as Baroness Meacher, chair of the assisted-suicide lobby group Dignity in Dying, introduced her Assisted Dying Bill into the House of Lord on May 26. After an eight-hour debate, the bill passed its second reading in late October, moving now to the committee.

Jersey, the largest of the Channel Islands, has a population of approximately 100,000 people. Like the other Channel Islands, it was occupied by the German army from June 30, 1940 until May 9, 1945.