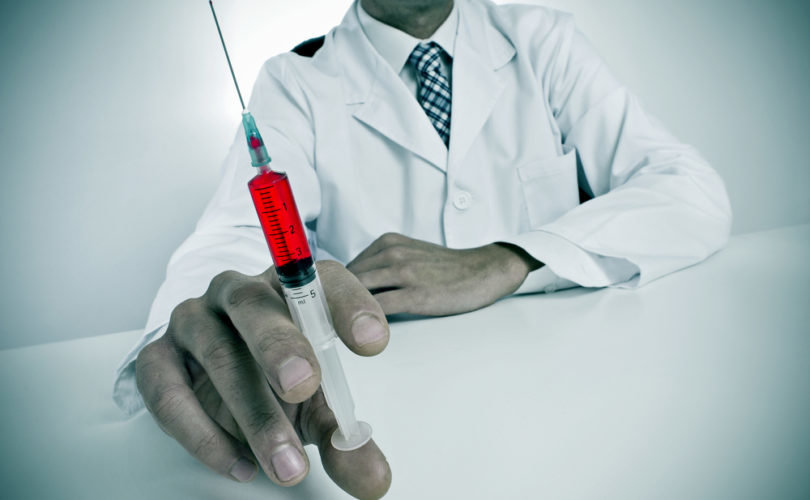 July 7, 2015 (LifeSiteNews) – Ovidio Gonzalez Correa, 79, became the first Colombian to die as a result of government-sanctioned euthanasia, but not before chaos erupted over whether it was legal for doctors to kill him.

Euthanasia in Colombia was decriminalized in 1997, but the government failed to enact any legislation regulating the procedure.

In June, the Constitutional Court issued a ruling ordering the Health Ministry to inform all doctors and hospitals that they are required to provide euthanasia to anyone who requests it if patients meets the criteria of “suffering from a terminal disease that is expected to kill them in the near future, and that a specialist of the disease is present at the procedure.”

Magistrate Ernesto Vargas said, “the Court found that in spite of the existence of a ruling that decriminalizes euthanasia, the absence of regulation impedes” the “constitutional guarantee.”

Chaos resulted from the fact that “nobody knows how to obtain consent or when it would be wrong, etc.”

Vargas ordered the Health Ministry to “issue a guideline and make everything available for hospitals, clinics…and in general, health service providers, to form an interdisciplinary commission of experts…to guarantee the right to die with dignity.”

Ovidio Gonzalez, who suffered from a rare form of facial cancer, had asked to be euthanized under the new regulations and was scheduled to be given the lethal injection on June 26 at a clinic in the city of Pereira.

However, according to a report in Colombia Reports, 15 minutes before the procedure was to take place a hospital oncologist canceled it, claiming the patient’s mouth cancer was not life threatening, so the case did not meet the guidelines set by the Health Ministry.

Hospital oncologist Juan Pablo Cardona said that while Gonzalez's cancer was not curable, he maintained that, “at this time there is no way that the cancer can kill him.”

The Ministry of Health then intervened by sending an investigator to the clinic to determine what the correct procedure should be.

This resulted in the clinic being told to carry out the euthanasia with “maximum care, prudence, humanitarian sense and providing timely communication, not to make the situation even more painful for the patient and family,” which doctors did on the weekend.

Opposition to government sanctioned euthanasia has been strongly voiced by doctors' groups and ethicists.

“As doctors we exist to defend the value of life and restore our patients to health,” said Dr. Jorge Merchán Price, who heads the Médicos Azules movement against doctor-assisted death. “We don’t treat people because they have the right to life or not. We treat them because they’re alive.”

Merchán points out that, “The Constitutional Court is completely ignorant about the doctor’s vocation, and in an unprecedented reductionism it assumes that he is a simple ‘technical worker’ at the service of the law and not life.”

“A person who really wants euthanasia can freely deny any treatment and simply die through inaction: it’s safe, it’s efficient, it’s painless, and in genuinely terminal conditions and with careful sedation, the process should only last a few days. We don’t need to abusively force third parties to kill,” Merchán wrote in an article for Colombia’s Pontifical Bolivarian University.

Nubia Posada, director of the Colombian Foundation for Ethics and Bioethics, said that a request by a patient for euthanasia shows a lack of support for the person rather than a real wish to die.

“When the patient asks for euthanasia, you need to find out who to report to, and who can establish if there has been negligence on the part of health professionals. You also need to make the family see that they have to love and spend time with that person. I’m a nurse, and my direct experience with terminal patients is that if you care for them and encourage them to share with others, they die happy, despite their discomfort,” Posada told Colombian newspaper El Tiempo.

She stressed that pain control with modern medicine is highly effective, “but in these very rare cases where you can’t dull the pain, you can sedate the patient with their consent.”

Posada argues that the Constitutional Court has gone in the wrong direction by mandating that doctors have to kill patients on request rather than improving palliative care.

“They’re taking the easy way out with this false argument of respect for the patient’s autonomy or the right to destroy themselves, when what they ought to do is regulate the existing law” on palliative care, Posada said.

She also expressed concern over the Constitutional Court holding Belgium and Holland up as examples to be emulated.

These countries “haven’t managed to control euthanasia in the intimacy of people’s homes nor during lonely night shifts,” Posada said. “Doctors say that in over 50 percent of cases, they wouldn’t want to follow the protocol demanded by the state to develop this practice. It’s striking that [the Constitutional Court] wants to imitate in Colombia a model that brings negative effects that they know can’t be controlled.”