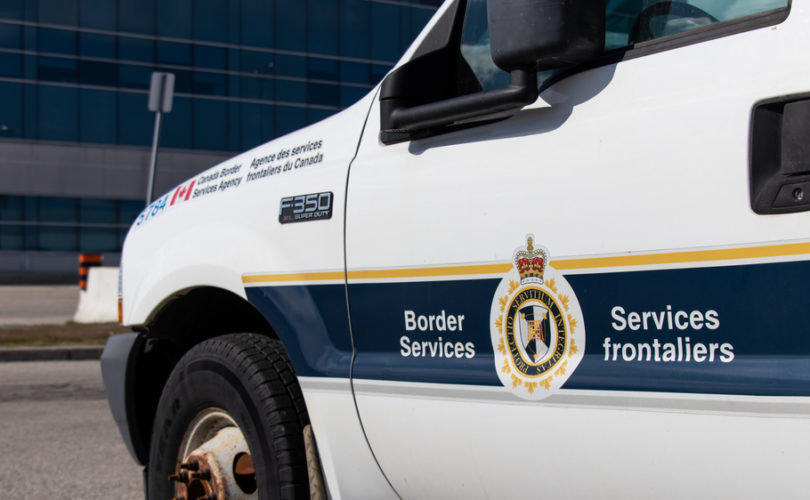 WINNIPEG, Manitoba, April 7, 2021 (LifeSiteNews) — Charges have been dropped against a Canadian mother, who, along with her four children and the children’s grandmother, were each fined $3,000 after Canadian border agents refused to accept the results of their COVID tests — because the results were 2 hours expired.

“Of course I was very happy when I received the news,” the mother, a registered nurse (RNBN) who works in chronic care, told LifeSiteNews under condition that her name not be published due to fears of retaliation.

The Crown conveyed the news to the family on Holy Thursday.

“I was told it could take several months to years for a resolution. So I was extremely grateful for it all to be over within 6 weeks. It was the best Easter gift. All I could think was that God heard our prayers. The stress I was under was finally released,” the mother said.

LifeSiteNews reported in February how the mother and her family were returning from the U.S. to Manitoba after having attended the 79-year-old grandmother’s medical appointment and visiting family.

They all received negative COVID tests prior to crossing the border by car to return home. Due to car trouble, by the time they reached the border, the tests, which have a 72-hour window of validity, were two hours expired. Border agents not only rejected the tests but went on to slap the family with the maximum fine for failing to “comply with an order reguarding [sic] a treatment measure for preventing the introduction and spread of a communicable disease.”

The family was then hustled off to a government-run COVID quarantine facility where they were forced to stay until they could receive additional COVID tests. When the tests came back negative, the family was allowed to return home where they continued the remainder of their quarantine.

The mother secured the legal services of the Justice Centre for Constitutional Freedoms to help in her battle.

Justice Centre Staff Lawyer Sayeh Hassan commented that the family “tried in every way to comply with unreasonable requirements and were still fined and quarantined.” She said that while the family is pleased the charges have been dropped, the government must still provide “empirical data or a reasonable explanation for why people with negative Covid tests cannot quarantine at their own homes.”

“Clearly, individual circumstances must be looked at. A Canadian accused of murder has the Charter right not to be arbitrarily detained or imprisoned; the right to retain and instruct counsel without delay; the right to be presumed innocent until proven guilty beyond a reasonable doubt; and the right to a fair trial before an independent and impartial court. Police can forcibly confine a Canadian only after arresting that citizen, and police can only arrest someone after charging them with having committed a crime,” Hassan said.

“This family had none of these rights respected in this situation,” she added.

The mother told LifeSiteNews that Canadians need to be unafraid to fight for their rights and freedoms.

“Don’t pay any fines! They will not stand up in court since they are unconstitutional. Keep on fighting for freedom,” she said.

The mother also thanks supporters for donating to the family’s campaign to fight the fines. “We are so happy not a penny will be going to the government,” she said, adding that all money collected will be donated to organizations fighting for Canadians’ rights and freedoms.