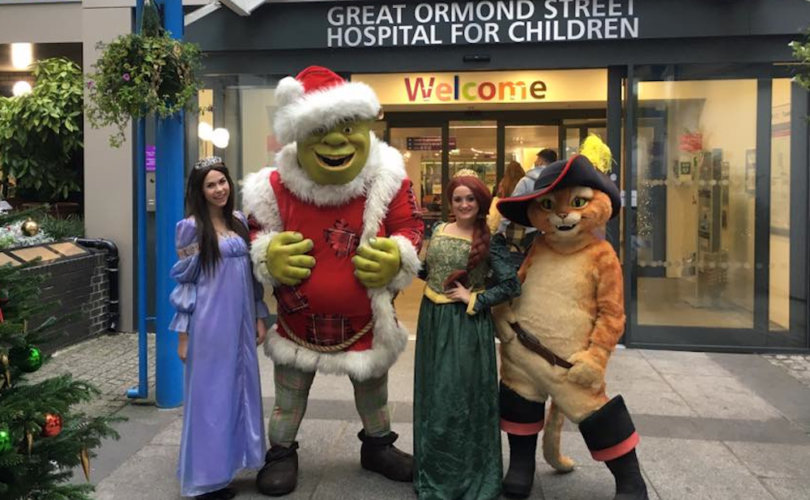 LONDON, England, July 19, 2017 (LifeSiteNews) – A July 13 document from the hospital refusing to release baby Charlie Gard reveals it doesn't think parents should be the only ones who have a say in what happens to their kids.

Dominican Father Thomas Petri shared a portion of the document on Twitter. The paragraphs he highlighted are deeply troubling to those who think parents rather than hospital and government bureaucrats should decide the fate of their children.

The full document can be accessed here.

Great Ormond Street Hospital (GOSH) is arguing in court that it should be able to decide to pull the 11-month-old's life support against his parents' wishes. His parents have raised more than $1.5 million to bring him to the U.S. for cutting-edge treatment. So far, English and European courts haven't even let them bring Charlie home for his last few hours of life, let alone to another country to continue his care.

“A world where only parents speak and decide for children and where children have no separate identity or rights and no court to hear and protect them is far from the world in which GOSH treats its child patients,” according to the hospital.

The government-appointed “guardian” who is supposedly advocating for the infant's well-being in this bioethics case is a euthanasia activist. Her name is Victoria-Butler Cole and she has tried to block Charlie's parents from being allowed in the room as doctors meet and examine him.

The advocacy site ParentalRights.org explains its position this way: “Children need to be raised and represented by parents who love them, not by disconnected government officials. When it comes to raising children, parents are better than the government.”

GOSH acknowledges that Charlie's parents have “great fortitude and devotion” for their son.

“All at GOSH wish to pay tribute to their dedication to their only child and their tireless pursuit of a cure for him,” the document says. “The hospital feels certain that they have done all that they have for Charlie out of love and because they could not have done anything less even if they had wanted to.”

Even though GOSH acknowledges Charlie's parents are loving, it still thinks the government should be able to decide to pull the baby's life support even if the parents have the means to bring him elsewhere for treatment. The legal document says GOSH and Charlie's parents have a “fundamental and unbridgeable divide of principle” over their parental rights.

“When asked what happens to the role of the Guardian if their belief that only they have the right to decide on Charlie’s treatment is correct, Charlie’s parents answer that he does not need a Guardian because they will speak for him,” GOSH complained.

Except in rare cases where parents are clearly abusive, parents and not the state have the right to make their child's medical decisions, bioethicists argue.

But “GOSH holds and is bound by different principles.”