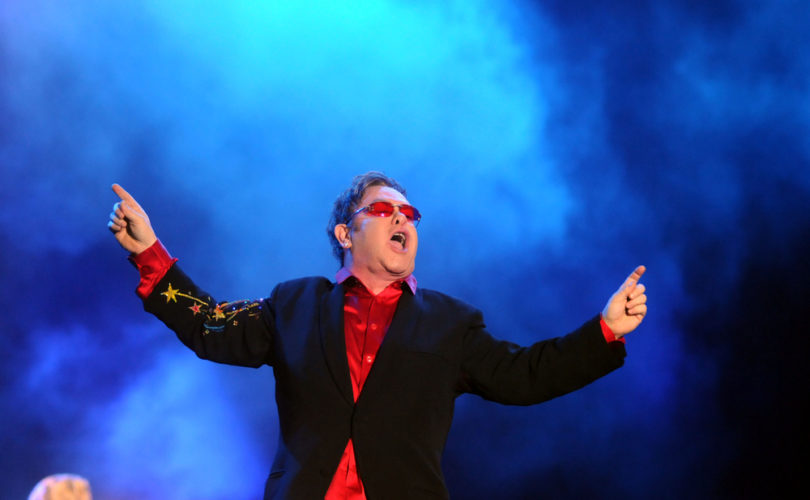 CHICAGO, May 31, 2019 (LifeSiteNews) — An outing by parishioners of Holy Name Cathedral — Cardinal Blase Cupich’s archiepiscopal see in Chicago — to watch the R-rated Rocketman film with its “gay male sex” scene has been canceled following a report by LifeSiteNews.

Heralded as the first film by a major production company to feature homosexual acts on screen, Rocketman depicts the life and times of singer Elton John, an English entertainer whose flamboyant antics, homosexual lifestyle, and pop/rock songs have won plaudits and popularity for decades.

In a parish bulletin released by Holy Name Cathedral, an outing to watch Rocketman on June 2 was announced, as were other outings and activities. LifeSiteNews contacted the archdiocesan communications office, as well as the the contact person listed in the parish bulletin, multiple times via telephone and email. However, nobody responded to requests for information.

An email tip sent by a reader indicated that the film outing has been canceled.

Cardinal Cupich has been criticized for saying “clericalism,” rather than homosexuality, is responsible for the sex abuse crisis that has wracked the Church in the United States. Also, he has lauded Fr. James Martin, S.J. as one of the “foremost evangelizers in the Church today,” despite criticisms that the priest’s statements do not square with the Church’s regarding sexuality.

In a review, critic John Mulderig writes that Rocketman is “a polished and generally appealing film.” However, he warns that the film “deals with its subject’s homosexuality in a way that puts it at odds with scriptural values.” The Catholic News Service has rated the film as “morally offensive” because of its “romanticized view of homosexual relationships, strong sexual content, including semi-graphic aberrant activity, partially glimpsed full nudity and decadent sensuality, drug use, a scene of urination and much rough and crude language.”