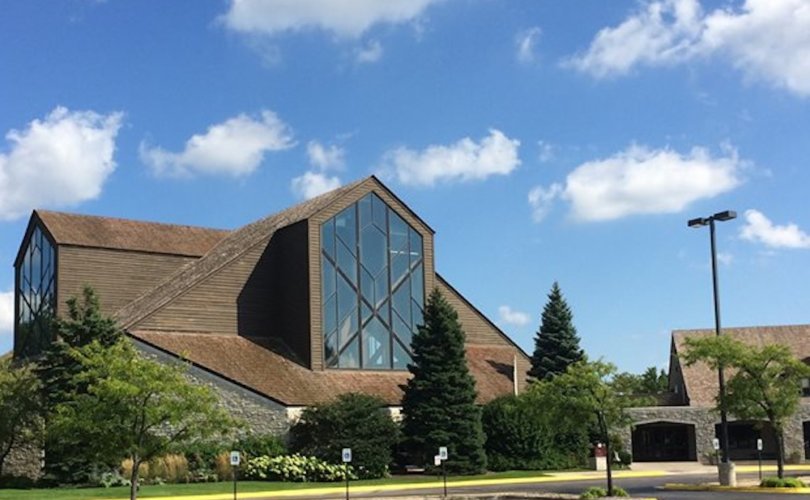 CHICAGO, Illinois, August 3, 2016 (LifeSiteNews) — The gay former music director of a Chicago-area Catholic parish can go ahead with his discrimination lawsuit against the parish and archdiocese after a federal judge declined to dismiss the complaint. The case is of particular interest currently since the new Archbishop of Chicago Blaise Cupich is known as one of the most 'gay friendly' bishops in the United States having gone so far as to suggest that if homosexual couples feel in conscience they're doing right they shoud be given Holy Communion.

Collette was fired from the Inverness, Illinois, parish in July 2014 after working there for 17 years after he refused to resign when asked to do so once his “engagement” to his male partner was publicized on social media.

He alleged at the time that it was the late Cardinal Francis George, then archbishop of Chicago, who had pressured the parish pastor to fire him, and that the pastor had previously been aware of his relationship.

The archdiocese responded when Collette was fired that individuals engaged in Church ministries are obligated to adhere to Church teaching in public, saying in a statement, “Those that serve as Ministers of the Church, including worship ministers, are expected to conform their lives publicly with the teachings of the Church. Pastors hire and dismiss all parish personnel and govern according to the teachings of the Church and Archdiocesan policies. This is a matter of personal integrity on their part.”

The Catholic Church teaches according to its catechism that “those with homosexual tendencies should be accepted with respect, compassion and sensitivity,” but also that “under no circumstances” can homosexual acts be approved and that “homosexual persons are called to chastity.”

The archdiocese declined to participate in an EEOC-recommended mediation, and this past March Collette filed the federal civil rights lawsuit claiming discrimination. He is seeking reinstatement, lost wages and damages.

The archdiocese, which said it does not comment on pending litigation, had cited the ministerial exception in its motion to dismiss Collette’s suit, pointing out that Collette's job titles were “director of worship” and “director of music.”

The ministerial exception is a provision in religious clauses of the First Amendment intended to protect the religious freedom of religious institutions by exempting from federal anti-discrimination laws in hiring employees.

However, Kocoras, referring to case law indicating that an employee’s title alone does not establish whether they can be classified as a minister, ruled that further legal arguments were necessary to determine whether the ministerial exception applies in Collette’s case.

The issue of Catholic identity in Church institutions has come to the forefront more and more as Catholic parishes, schools and other Church entities increasingly encounter employees engaged in same-sex “marriages” or otherwise publicly contravening Church teaching.

With the Church having acted in some instances to preserve its religious character by removing employees who refuse to abide by Catholic teaching while serving in their roles with Church, many have begun to sue.