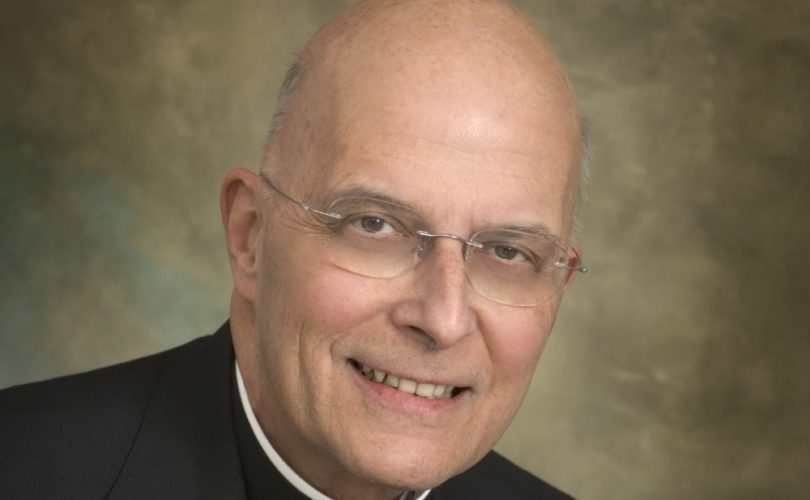 A Roman Catholic archbishop said this week that the United States has effectively formed its own “State religion” – one based on “progressive” secular ideals, but enforced in some cases with the same viciousness as Islam’s Sharia law.

In recent years, society has brought social and legislative approval to all types of sexual relationships that used to be considered “sinful.” Since the biblical vision of what it means to be human tells us that not every friendship or love can be expressed in sexual relations, the church’s teaching on these issues is now evidence of intolerance for what the civil law upholds and even imposes. What was once a request to live and let live has now become a demand for approval. The “ruling class,” those who shape public opinion in politics, in education, in communications, in entertainment, is using the civil law to impose its own form of morality on everyone. We are told that, even in marriage itself, there is no difference between men and women, although nature and our very bodies clearly evidence that men and women are not interchangeable at will in forming a family. Nevertheless, those who do not conform to the official religion, we are warned, place their citizenship in danger.

When the recent case about religious objection to one provision of the Health Care Act was decided against the State religion, the Huffington Post (June 30, 2014) raised “concerns about the compatibility between being a Catholic and being a good citizen.” This is not the voice of the nativists who first fought against Catholic immigration in the 1830s. Nor is it the voice of those who burned convents and churches in Boston and Philadelphia a decade later. Neither is it the voice of the Know-Nothing Party of the 1840s and 1850s, nor of the Ku Klux Klan, which burned crosses before Catholic churches in the Midwest after the civil war. It is a voice more sophisticated than that of the American Protective Association, whose members promised never to vote for a Catholic for public office. This is, rather, the selfrighteous voice of some members of the American establishment today who regard themselves as “progressive” and “enlightened.”

Cardinal George went on to echo the words of Pope Francis in urging Catholics to “swim against the tide” of State-enforced sinfulness and stay faithful to Church teaching instead.  But he acknowledged that obedience to God can come with a heavy price, one that some Catholics have been unwilling to pay:

Swimming against the tide means limiting one’s access to positions of prestige and power in society. It means that those who choose to live by the Catholic faith will not be welcomed as political candidates to national office, will not sit on editorial boards of major newspapers, will not be at home on most university faculties, will not have successful careers as actors and entertainers. Nor will their children, who will also be suspect. Since all public institutions, no matter who owns or operates them, will be agents of the government and conform their activities to the demands of the official religion, the practice of medicine and law will become more difficult for faithful Catholics. It already means in some States that those who run businesses must conform their activities to the official religion or be fined, as Christians and Jews are fined for their religion in countries governed by Sharia law.

But the cardinal urged Catholics not to lose hope, saying that there are “many good and faithful people,” even inside the ruling class, who do not wish to see America transformed into “a fake church.”

Cardinal George also reminded the faithful of the promise made by Jesus in the Scriptures. “When Christ returns in glory to judge the living and the dead, the church, in some recognizable shape or form that is both Catholic and Apostolic, will be there to meet him,” the cardinal wrote. “There is no such divine guarantee for any country, culture or society of this or any age.”

To read the rest of Cardinal George’s piece, click here.